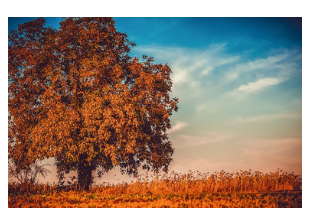 3 Essential Components of My Recovery 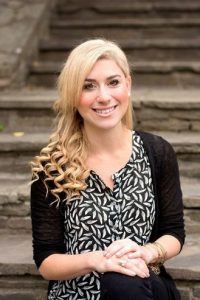 When I was struggling with an eating disorder, I felt totally trapped.

The majority of my day was spent thinking about hating my body, having anxiety around my weight, and the food that I would be eating and not eating. I was also caught in a cycle of compulsive exercise.

I remember walking by people who appeared carefree, eating outside at a restaurant and wishing that I could just ‘eat normally.’

Recovery was tough, but ultimately it has been so worth it.

The sense of freedom and peace that I have around food and my body is something that I never thought would be possible.

The following were a few essential components of my recovery.

I had taken psychology classes early in college, but I believe that no amount of reading textbooks about eating disorders would have helped me to recover.

When your brain has been hijacked by an eating disorder, it’s so helpful to have other people to help you to move forward in your recovery.

I met with a therapist and a dietitian for a while. After being ambivalent for a period I remember that I decided it was time to challenge myself, even though I was terrified.

I asked my dietitian if she’d be willing to eat ‘fear foods’ with me every week and doing that was so helpful.

I practiced ‘feeling the fear and doing it anyways,’ which was really hard at first, but became easier the more that I did it.

I also had a mentor through MentorConnect (which unfortunately has since closed down) who was crucial in my recovery. These days, there are recovery coaches but at the time that didn’t exist.

My mentor was recovered and I was able to message her when I was struggling. Just having someone else who had been there and come out the other side was really helpful, especially on the days when I felt hopeless.

I grew up in diet culture and my eating disorder latched onto this concept of ‘the thin ideal standard.’

Without even realizing this is what I was doing, I started to counter-condition myself to the harmful messages that I had received.

I read everything that I could find online about people’s recovery stories. I read books about recovery. I also diversified my social media feed.

I went in and did a mass unfollow of all of the triggering ‘health and fitness’ accounts that I was following and added in some body-positive, pro-recovery content.

I stumbled upon the Health At Every Size® movement on Facebook by accident and this has had the biggest impact on me, both personally and professionally.

I read Health at Every Size by Dr. Linda Bacon and learned as much about it as I could.

I read about weight-stigma and oppression towards people in larger bodies and I realized that I had gone my whole life without recognizing that this was another form of prejudice.

I wanted to yell about it from the rooftops because I couldn’t understand how this information wasn’t widespread.

This truly was a game-changer in my recovery.

In my recovery things, sometimes ‘felt worse’ before they felt better.

I had very high anxiety and this was tough to cope with.

My eating disorder would try to tell me that I was doing ‘the wrong thing’ every time I heard someone talk about someone who was dieting.

It’s important to acknowledge that sometimes getting better ‘feels bad,’ but there is a large payoff at the end.

Additionally, my recovery (just like most people’s) was not linear.

I definitely had times when I found myself slipping back into behaviors or feeling more ambivalent about the process.

But I think that my treatment team and mentor helped so much by holding hope for me, even when I couldn’t hold it for myself.

Now, I get to sit on the other side of the couch helping people in their recovery.

While I wouldn’t wish an eating disorder on anyone, I’m grateful that I went through it.

The recovery process enabled me to become a stronger, more confident, and resilient person.

Jennifer Rollin, MSW, LCSW-C is a therapist and founder of The Eating Disorder Center, who specializes in working with teens and adults with eating disorders, including anorexia, bulimia, binge eating disorder, & OSFED.

Jennifer has been named as one of the top eating disorder experts in the country by Balance Eating Disorder Treatment Center. She is on The Junior Board of Directors for The National Eating Disorders Association. She serves as the chairwoman of Project HEAL’s national network of eating disorder treatment providers.

She has spoken about eating disorders on Fox 5, ABC 7, NBC 4, PBS, therapy centers, and national eating disorder conferences. Jennifer is a writer for The Huffington Post and Psychology Today. Her professional blog was named one of the top eating disorder blogs in the world.

Her past struggle with an eating disorder has inspired her passion for helping others to find freedom.

She works with individuals in her office in Rockville, MD, and worldwide via Zoom.