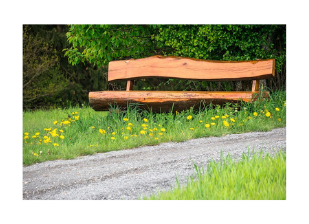 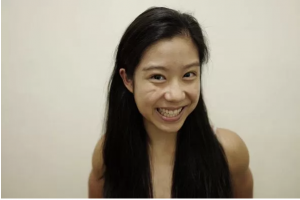 While previous research on eating disorders and body image has mostly focused on the experiences of white women (Bordo, 2009), more and more studies have found that these issues are becoming increasingly common in Asian contexts (Pike & Dunne, 2015), as well as amongst Chinese individuals more specifically (Mak & Lai, 2011; Tam, Ng, Yu, & Young, 2007). However, despite the clear evidence that eating disorders and body image concerns have significant negative consequences, research on these issues in Asian individuals has been sparse or inconclusive. Furthermore, cultural stigma towards mental illness in Asian contexts may result in the underreporting of struggles, contributing to the illusion that these issues are not nearly as prevalent as they actually are, and thus resulting in a lack of research attention paid to individuals in Asian contexts, and a lack of understanding on cross-cultural differences in the expression of food and eating-related distress. As such, it is crucial for research to be conducted on the culturally specific risk factors and symptoms that may arise in this population, so that mental health practitioners can provide better care for these individuals.

Having grown up in Hong Kong and having experienced an eating disorder in this cultural context, these issues are near and dear to my heart. From personal experience and from speaking to friends of mine who have also grown up in Chinese contexts, I have seen that many of us struggled with body image concerns that went untreated, or in some cases, completely undetected. With my personal and academic interest in this research area, I decided to explore how conflicting expectations regarding cultural eating norms and body image standards in Chinese cultural contexts affect emotional and behavioral outcomes of Chinese adolescent women as the topic of my senior honors thesis.

Based on my findings and my personal experiences, I would like to bring attention to three key factors that practitioners should keep in mind when treating clients from Chinese contexts.

While body dissatisfaction in western samples have largely found it to be linked to a fear of weight gain, studies in Asian populations suggest that specific features and proportions of body parts may play a larger role in contributing to body dissatisfaction in these individuals (Brady et al., 2017). Cultural emphases on features and proportions in Chinese culture are evident in idioms that link morality with appearance (e.g., “a white complexion is powerful enough to hide seven faults”) and expressions that posit the possession of proportionate physical features as the most desirable, or even just what is considered ‘normal’ (e.g., the expression that describes a person with ‘correct’ or ‘regular’ features literally translates to “having all five senses in proportion”). Importantly, although this sense of dissatisfaction is not necessarily related to body weight, it was still found to contribute to disordered behaviors and attitudes in my thesis sample, including engagement in compulsive exercise, restrictive eating and plastic surgery, as well as feeling shame and guilt towards one’s body.

Moreover, due to the normativity of smaller bodies in Chinese contexts, as a result of factors such as genetic predisposition and traditional dietary habits, individuals in Chinese contexts may be subjected to even more stringent weight standards than women from other ethnic backgrounds. For instance, a number of women in my thesis sample noted that they were aware that they were by no means overweight, but that they were heavier than their friends or their past selves, and thus felt the need to lose weight to fit back into that normative range. Other studies have also found that stereotypes of thinness as the “norm” in Asian contexts exacerbate existing media pressures to be thin, as individuals in these contexts may feel that being thin is a necessary prerequisite to fit into their social groups (Liou & Bauer, 2010).

Filial piety, or respect towards elder members of the family, is of great importance in Chinese contexts. Even when the women in my sample reported being offended or hurt by the comments of their family members, they expressed that they ultimately still felt accountable to their expectations. In multiple instances, women were able to establish a sense of confidence in the short term, or when they were not with their family members (e.g., when they were studying abroad), but would be easily triggered by comments from family members when they came into contact with them again. As such, it appears to be particularly important for practitioners to help Chinese clients establish coping mechanisms for approaching family-related social gatherings, which may have strong implications for their continued progress in recovery.

Another important point to note is that inter-generational differences in perceptions of weight can be a significant source of stress in the lives of these clients. In past generations, the Chinese experienced numerous periods of poverty, famine and food shortages, resulting in the perception of larger and plumper body shapes as representative of health and wealth, and smaller body shapes as the
norm. Ironically, now that the present generation actuallyhas access to an abundance of food and more comfortable lifestyles, it is the thin body shape that is sought after as the representation of success and wellbeing. Older family members may struggle to understand and empathize with the difficulties of the current generation – specifically, that of dealing with actual physical changes in tandem with shifts in cultural connotations of weight gain – which may lead to them to make unintentionally hurtful comments.

As noted above, a number of women in my sample expressed that they were not currently dissatisfied with their weight, but were easily triggered by external factors, such as undergoing life events that prevented them from exercising strict control over their diet or physical activity (e.g., busy exam or work periods), or receiving body-related comments from family members. Although most of these women knew they were objectively not overweight by any means, or even acknowledged they were thin, they were frequently plagued by worries of gaining weight in the future.

Some might argue this conditional acceptance of body weight/shape is not a concern, as long as these women are satisfied with their bodies in the present. I argue, however, that this phenomenon is particularly concerning. First, it means that these women are ill-equipped to deal with the inevitable fluctuations in weight that they will face in life, whether these are due to life circumstances (e.g., school or work-related stress), natural ageing processes or major life events (e.g., pregnancy). Second, given the collectivistic nature of Chinese culture, and the fact that familial relationships constitute an important part of the identity and wellbeing of individuals from these contexts, a continued sense of distress surrounding familial gatherings due to body or weight-related triggers can be a significant stressor in the lives of these individuals.

A mental health practitioner’s job is not just limited to helping alleviate the impact of current stressors, but also supporting the client in learning to buffer and to be resilient towards future stressors that may arise. As such, it is important for practitioners to be particularly vigilant towards red flags for problematic behaviors and attitudes, and to equip clients with a skill set to combat their onset.

The existing research on western populations is undoubtedly valuable, shedding light on the ways in which disordered eating attitudes and behaviors can represent remarkably similar underlying insecurities and fears, as well as providing a general structure from which to measure and diagnose symptoms. However, a patient-practitioner relationship is arguably the most therapeutic when a deep level of understanding and compassion is established, and when the practitioner is able to provide recovery prompts that the patient perceives as relevant and realistic. Given that one’s cultural background is such a significant part of one’s identity, a better understanding of cultural nuances on the part of the practitioner is crucial to providing more sensitive and comprehensive care for these clients.

Stephanie Ng recently graduated summa cum laude from Duke University with a BA degree with distinction in Psychology. Having grown up in Hong Kong, she is particularly interested in exploring cross-cultural differences in eating disorder symptoms, development and treatment. In the fall semester of 2019, Steph will be pursuing a Masters in Psychology in Education within the Department of Counseling and Clinical Psychology of Teachers College at Columbia University, where she plans to continue her research on eating disorders and body image issues in Chinese women. Outside of school, she manages bodybanter.com, an online platform that empowers young people from around the world to redefine their relationships with their bodies through exploring diverse perspectives and engaging in advocacy projects. In her free time, she can be found listening to audiobooks, sweating with her Crossfit community or scouting for the best sushi restaurants in town!