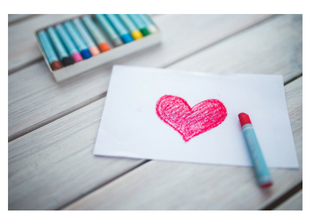 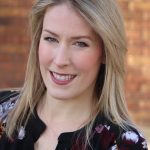 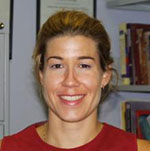 We live in a society where the rates of dieting, eating disorders, cosmetic surgeries, skin-lightening and tanning sales, and other body-altering interventions have reached all-time highs. Dissatisfaction with the body is so rampant in society that researchers call this phenomenon a norm, meaning it is abnormal for people to love their bodies. Positive body image interventions are needed now more than ever but currently they are scarce, and this is especially true for individuals outside the adolescent and university student populations. We recognized this problem and decided to create a positive body image program that would be applicable to a variety of individuals to improve body perceptions and attitudes with people in the community.

The BIAS program was built to specifically educate and promote the core characteristics of positive body image. This occurred in three phases. The first phase involved recruiting seven stakeholders from the Brock-Niagara Centre for Health and Well-Being to help design the program. These individuals included people with spinal cord injury and multiple sclerosis, older adults, and a breast cancer survivor, all who shared their unique experiences and perceptions on designing a positive body image program. It was during this phase that participants voiced a lack of knowledge about the body image concept. It was found that education about the definition, causes, and influences of body image would be very important for improvements in positive body image to occur. Findings showed that specific positive body image activities and tools that people could implement would be essential to see improvement in people’s body image and overall quality of life. At the end of this phase, a 6-week program with 60-minute seminars was agreed upon by the group to be an appropriate length and a stakeholder came up with the clever name, BIAS.

After a few months of designing the program framework, the preliminary BIAS program was rolled out with the same stakeholders to test its effectiveness. It was agreed that nothing needed to be changed to the content but rather a re-ordering of lessons and activities would improve the flow and progression of materials. It was also decided there should be an online component to improve accessibility of content (please visit exerciseandbodyimagelab.com). Lastly, the seminar length was changed to 90-minutes to ensure enough time for group discussions.

The last phase of BIAS involved implementing it to any member at the Brock-Niagara Centre for Health and Well-Being. During this phase, 24 participants who ranged in age, ability, health, and gender, enrolled in the program. Participants completed body image measures at the start, end, and 6-weeks after the program. In addition, participants completed an interview after the conclusion of the program to share their perceptions and experiences. Body appreciation, intuitive eating, and body satisfaction all improved from the start to conclusion of the BIAS program and these improvements were sustained at the 6-week follow-up. Participants described an improved understanding of the body image concept and shared teachings and the website with friends, family, and acquaintances to help spread positive body image in the Niagara community and beyond.

The BIAS program is one of the first to be created by, and implemented for, a diversity of people including men and women, older adults, and people with various physical disabilities. A BIAS program manual is currently being created to provide a step-by-step guide for future facilitators of BIAS. Researchers, teachers, and allied health professionals are just a few examples of potential future facilitators of BIAS who may recognize the need to promote positive body image at their facilities. We are excited to expand the reach of BIAS in hopes to combat the proliferation of negative body image in society and encourage everyone to experience positive body image.

Aly Bailey is a PhD Candidate in the Faculty of Applied Health Sciences at Brock University. Due to a desire for positive social change in body image experiences within society, she pursued to work with members of the Niagara community to create a positive body image program called BIAS (Body Image Awareness Seminars). She hopes her research will help propel the positive body image movement, teaching a diversity of people to have healthier relationships with their bodies. Aly bridges her research knowledge with her yoga practice, where as an instructor, she encourages people to accept and appreciate their bodies.

Kimberley L. Gammage, PhD, is an associate professor at Brock University in the Department of Kinesiology. She is the Director of SeniorFit, an older adult fitness program at the Brock-Niagara Centre for Health and Well-Being. Her research interests include body image and self-presentation and their impact on psychological states and health behaviours across the lifespan