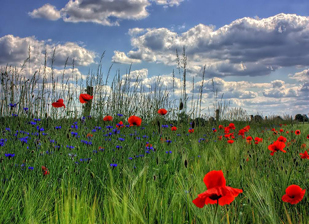 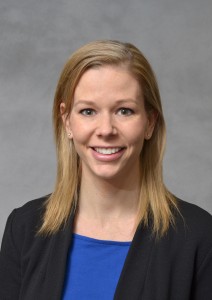 Binge eating, which involves consuming an unambiguously large amount of food while feeling a sense of loss of control (American Psychiatric Association, APA, 2013), occurs across eating disorders, including in anorexia nervosa (AN), bulimia nervosa (BN), and binge eating disorder (BED). In fact, in the general population, between 8-12% of 11-12 year old girls report engaging in binge eating behavior (Combs et al., 2012). This percentage seems to increase in late adolescence (up to about 24%) and then decline into adulthood, with about 5-8% of adult women endorsing regular binge eating behavior in mid-adulthood (Keel et al., 2007; Stice, 2001; Tanofsky-Kraff et al., 2007), though these numbers appear to be increasing as more research focuses on adult obesity. Unfortunately, binge eating behavior tends to be chronic and many individuals continue to struggle despite treatment. This is particularly striking when considering the fact that binge eating is associated with several psychiatric and medical problems, including obesity, Type 2 diabetes, high blood pressure, high cholesterol, heart problems, depression, relationship problems, and substance use problems (APA, 2013).

Given the profound negative consequences and the chronicity of binge eating, a crucial question for eating disorder researchers is: What risk factors make one vulnerable to initially engage in binge eating behavior? One such important risk factor appears to be impulsivity.

A useful way to understand the development of eating disorders is that initial binge eating is typically considered an impulsive or rash act. Indeed, initial engagement in many potentially harmful behaviors is often described as impulsive. Early binge eating episodes, consumption of large amounts of alcohol, decisions to have sex with someone one has just met, or betting far more money than intended are all thought to involve acting on an impulse or acting rashly. Engaging in such behaviors appears to be characterized by a focus on meeting one’s immediate need, or acting on an immediate urge, without due consideration of the possible negative consequences of the act with respect to one’s long-term interests, goals, or health. One way to describe impulsive or rash acts is in terms of failures of, or ongoing deficits in, self-control. When a girl engages in her first binge eating episode, she may do so to address her immediate need or urge (e.g., relieving a negative mood), even though doing so has potential negative effects (e.g., feeling ashamed and physically uncomfortable) and is almost certainly not in line with her long-term interests (e.g., weight gain).

Though there are many different personality traits that relate to impulsive behavior, the one that has proven important in predicting binge eating behavior is the trait of negative urgency, which refers to the tendency to act rashly or impulsively when distressed (Cyders & Smith, 2007, 2008a; Whiteside & Lynam, 2001). Negative urgency predicts the onset of binge eating behavior among early adolescents and college women (Pearson et al., 2012; Anestis et al., 2007; Fischers et al., 2013). Interestingly, it also predicts engagement in other risky behaviors, such as heavy drinking, smoking, risky sex, drug use, and gambling. Thus, negative urgency may explain why some individuals who binge eat also engage in a host of other dangerous behaviors, and even why sometimes when individuals are able to stop binge eating, another behavior seems to “pop” up and replace it.

Interventions for binge eating that target negative urgency are likely to be particularly helpful for those who are more impulsive. That is, interventions with an emphasis on: (a) enhancing emotional awareness and emotion regulation through describing and labeling emotions; (b) identifying cues for emotional experiences; (c) learning how to tolerate distress in the moment; and (d) learning alternative means of coping that do not harm oneself. The hope is that individuals will learn alternative strategies for responding when they experience intense negative emotions, but in order to do so, they must be able to recognize and tolerate the emotional experience. Current binge eating treatments (e.g., dialectical behavior therapy, DBT; Linehan, 2014) are beginning to incorporate these type of strategies, increasing hope for recovery and full remission.

Dr. Pearson Carter is a T32 postdoctoral research fellow in the Department of Psychiatry at the University of Minnesota. She received her B.S. in neuroscience and behavioral biology from Emory University in 2007. She completed her predoctoral clinical internship at the Eating Disorders Treatment and Research Center at the University of California, San Diego and received her Ph.D. in clinical psychology from the University of Kentucky in 2015. Dr. Pearson Carter’s primary research interests include using a variety of methods (e.g., neuroimaging, ecological momentary assessment, neurocognitive assessment) to test integrative risk and maintenance models for disordered eating, with an emphasis on mechanisms related to personality, emotion dysregulation, and reward for binge eating and purging behaviors. Clinically, Dr. Pearson Carter has experience and training providing individual, group, and family therapy to adolescents and adults. Her primary areas of interest and expertise are related to the treatment of mood and anxiety disorders, eating disorders, borderline personality disorders, and other risky, impulsive behaviors such as self-harm. In particular, she has specialized training in Dialectical Behavior Therapy (DBT), Cognitive Behavioral Therapy (CBT), and Mindfulness-based interventions.