The Brain and the Pursuit of the Glucose That Sustains It 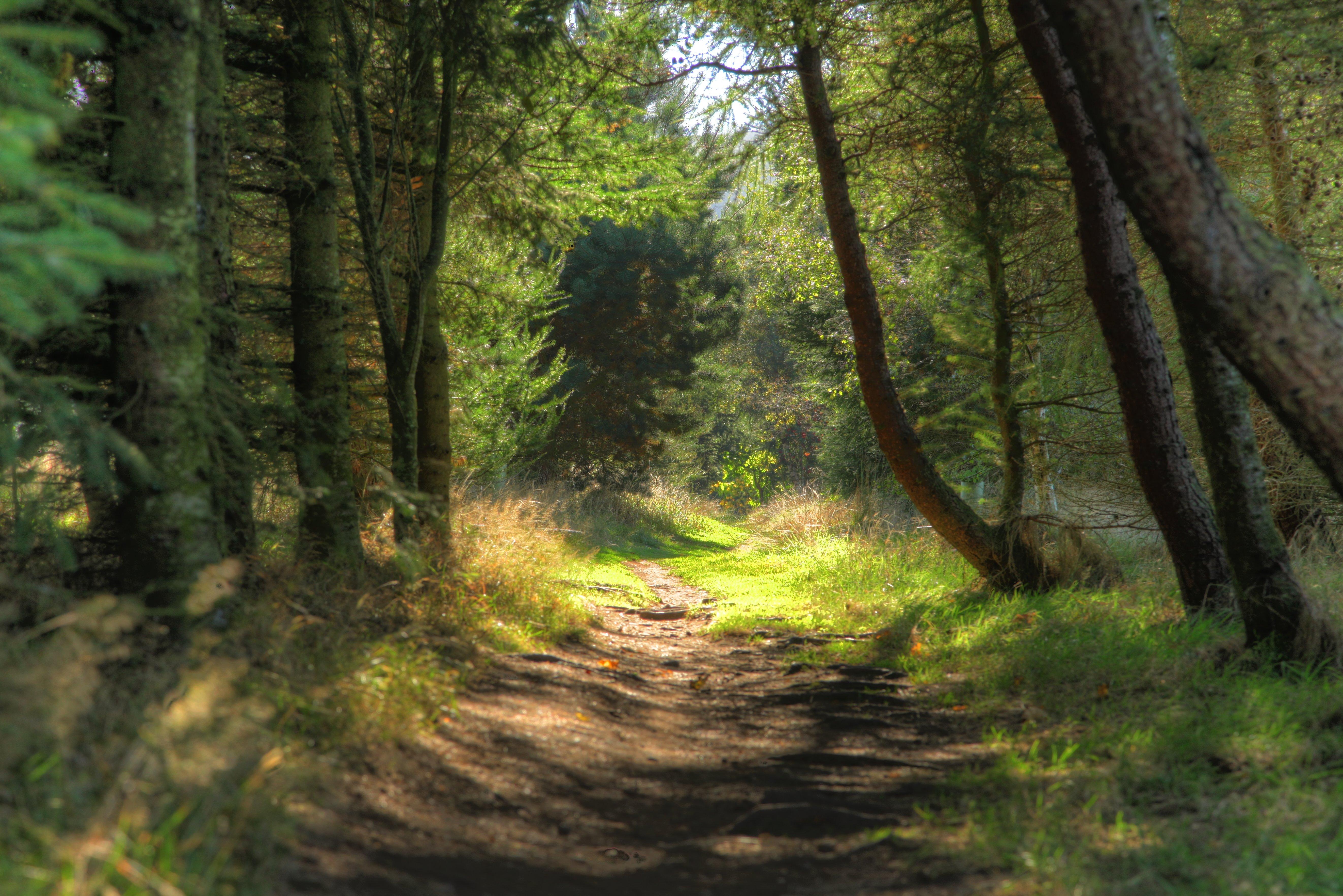 The Brain and the Pursuit of the Glucose That Sustains It

With more than 100 million neurons supporting trillions of connections, processes of the human brain are a manifestation of genetic variation, natural selection, and the environments in which our ancestors lived. Owing to the significance of food to our survival and the ensuing evolutionary pressures, a significant portion of the human brain is dedicated to the motivational, emotional, hedonic, and cognitive information processing that supports decisions about when, what, and how much we eat.1 Given the complexity of these neural systems, it should come as no surprise that aberrations in their activity and neuroarchitecture can lead to a variety of pathologic eating behaviors that can take many forms, including overfeeding (e.g., obesity), dysregulated feeding (e.g., binge eating and bulimia nervosa), and feeding that fails to meet the body’s energy needs (e.g., anorexia nervosa). Although it is not the intention of the author to claim that these disorders form a continuous spectrum of illness with common pathophysiologies, it may be useful to think about how the complex manifestations of certain eating pathologies may illuminate the breadth and depth of the neural circuitry that underlies feeding behavior. To this end, the present article will examine the neural bases of food reward processing in obesity and anorexia nervosa, in an attempt to open up the understanding of the complex processes that go into how and why we eat, and in ways this might affect our health or lead to disordered eating. This illustration shines a light on the future of research as it seeks to work outside of the confining box of taking collections of symptoms built into syndromes. Instead it hopes to take neural systems, defined by genetics, experience, and our environment, and give us a physiological look into behavior, which can help to focus our biologic and psychotherapeutic interventions in a more specific and targeted way.

Most models of food regulation offer two parallel systems that interact to influence eating behaviors.2 One is a homeostatic system comprising hormonal regulators of hunger, satiety, and adiposity levels. This system’s primary role is to maintain appropriate levels of energy balance through a complex process of metabolic signaling via neuropeptides such as leptin, ghrelin, and insulin, which act on hypothalamic and brain-stem circuits to stimulate or inhibit feeding.3 This system controls feeding to meet the body’s energy needs. In addition to these homeostatic mechanisms, brain reward systems play an important role in feeding behavior.4 It is these systems that drive us to eat because foods taste good and offer hedonic pleasure. Though it is not proposed that obesity and anorexia lie solely at opposite ends of a reward spectrum, it is nevertheless interesting to note how differences in food reward mechanisms appear to at least partially underlie the different unhealthy behaviors observed in obesity and anorexia.

Easy access to palatable, energy-dense foods is a major environmental risk factor of obesity. For many individuals, the positive reinforcing nature of these foods is a powerful motivator that easily overcomes homeostatic signals of satiety.5,6 As a result, much of the recent surge in rates of obesity is thought to be due to overconsumption of palatable food. For many individuals, the macronutrients in palatable foods can stimulant brain reward systems in similar ways that drugs of abuse such as cocaine and nicotine can.5 For example, mice will voluntarily expose themselves to extreme cold, noxious heat pain, or aversive shock in order to obtain palatable food items, which is similar to findings from studies involving addictive drugs.5,7 As a result, some have speculated that certain forms of overeating in obesity and excessive drug use in addiction are, in fact, parallel disorders.5 From an evolutionary perspective, seeking out simple sugars and carbohydrates as fast, easy ways to provide energy improved survivability, so it was advantageous to have the activity of brain reward systems closely tied to the consumption of these types of foods. This close coordination made sense in an environment where energy-dense foods were scarce, particularly among more nomadic populations in which daily activity rates were much higher, thereby placing a premium on instant fueling. This close coordination, however, can be disastrous in a world with ubiquitous access to a McDonald’s drive-through and the opportunity to spend a day sedentarily watching football.

The neural circuits most often implicated in reward are the mesocorticolimbic dopamine circuit and associated limbic structures, most notably including regions of the midbrain, the orbitofrontal cortex, ventral and dorsal striatum, ventral pallidum, amygdala, hypothalamus, and insula.8 All of these areas encode some aspect of the hedonic pleasure or motivation for diverse reward stimuli (e.g., food, sex, drugs). In addition, certain regions of the orbitofrontal cortex play a prominent role in the valuation of specific rewards including palatable foods. It’s important to note that the activity of the food reward neurocircuit described above is subject to at least some influence from the homeostatic feeding system. Brain reward regions are more active for palatable foods in subjects that are hungry than in satiated subjects.9 Similarly, activity in brain reward regions can be downregulated by metabolic signals such as leptin and ghrelin, and by gastric distention (which can be artificially produced through gastric bypass or other gastric reduction procedures).

An important and as-yet-unresolved question is whether stimulation of brain reward circuitry can actually cause obesity in some individuals. Obese individuals demonstrate increased activation of brain reward regions when compared with lean controls.10 It has also been proposed that striatal reward responses to acute food pleasure undergo accommodation with increasing weight, making greater amounts of palatable food necessary for the same effect, and thereby perpetuating the cycle of overeating and weight gain.11 Certainly, more research into these circuits, their genetics, and their propensity to override homeostatic systems will be important if we are to address the personal and public health consequences of obesity.

Unlike the common condition of obesity, anorexia nervosa affects about 1% of the population and presents as a more homogenous disorder, characterized by individuals with a high-achieving, harm-avoidant temperament who, generally during their adolescent years, begin the pursuit of food restriction and weight loss to the detriment of their health and livelihood.12 There are many neural systems that have been implicated in this complex, multidimensional illness, including serotonergic systems that regulate anxiety, as well parietal circuits that appear to underlie the representation of one’s body image. For the purpose of this article, however, I will again focus on the reward and hedonic properties of food, and their relationship to this disorder.

There appear to be multiple ways that food reward processing is abnormal in anorexia. For example, there is evidence that patients with anorexia may experience food as less rewarding because of heightened viscerosensitivity. It has been noted that individuals with anorexia have high rates of premorbid digestive problems and childhood picky eating, which might interfere with the normal dopaminergic reward responses associated with food.13,14 Alternatively, research has shown that there are decreased dopamine levels generally in the cerebrospinal fluid of those with anorexia.15 Finally, patients with anorexia may experience palatable taste differently, thereby leading to different reward responses.16 It also has been reported that, in general, individuals with anorexia tend to be less motivated by reward and more sensitive to punishment.

Research demonstrates that areas such as the insula, amygdala, anterior cingulate cortex (ACC), and striatum are implicated in reduced food reward in individuals with anorexia nervosa. For example, in one functional magnetic resonance imaging (fMRI) study, recovered anorexic subjects who were administered sucrose or water exhibited reduced activation in the insula, ACC, and striatum compared with healthy controls. It is interesting to note that individuals with anorexia also reported that they experienced the sucrose solution as less pleasant than did healthy control subjects.16

Finally, there has also been much research into the roles played by the insula in reward representation in anorexia. The insula is crucially involved in diverse sensory, cognitive, and affective functions, including interoceptive awareness, taste perception, and emotion regulation. There is evidence that individuals with anorexia may have a premorbid propensity for gastrointestinal distress, often perpetuated by anxiety. The resulting aversive visceral sensations they may experience when exposed to food or food-related stimuli may thus fundamentally alter the reward-related properties of food and result in a negative emotional bias toward food. Over time, this conditioned behavior could lead to food avoidance, thereby altering the reward responses normally experienced by most individuals when exposed to palatable food.12 It is also known that viscerosensory signals from the gastrointestinal tract enhance anxiety, creating a feedback loop that could strengthen the obsessive-compulsive neurobiology found in many who suffer from anorexia nervosa.

The scientific findings highlighted in this article barely scratch the surface of the complex neurocircuitry involved in regulating appetite, weight, and reward. Clearly, the pathophysiologies of obesity and anorexia cannot be solely accounted for by aberrations within the brain’s reward regions. It is, however, my hope that by considering how reward neurocircuitry contributes to these disorders, we may hope to better understand the complex ways in which our brains regulate food-related decision making and feeding behaviors, as well as find paths toward better treatments for those who struggle daily with these conditions.

Scott E. Moseman, MD, is a board-certified child and adolescent psychiatrist, and medical director of the Eating Disorders Program at Laureate Psychiatric Clinic & Hospital. He works as an investigator at the Laureate Institute for Brain Research with Kyle Simmons, PhD, looking at the neurobiology of feeding-related pathology using fMRI.