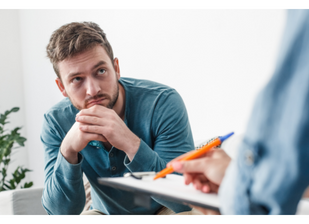 By Ane A. Balkchyan, BA & Stuart B. Murray, DClinPsych, PhD

Relative to other psychiatric disorders, eating disorders (EDs) are commonly overlooked. However, EDs are among the most destructive disorders and can manifest in lethal ways for millions of afflicted individuals. More specifically, throughout the course of time, EDs were thought to affect only females. While this has been shown to be far from the case and well-documented reports of EDs in males exist, this population is still frequently left out of the ED discussion. Over time, this underrepresentation of EDs in males has become increasingly problematic. For instance, a significant portion of the literature in recent decades has excluded males from treatment studies (Dally & Sargant, 1966; Goldberg et al., 1979). In the early 1990s, more data began to emerge concerning male EDs, and it became clear that males represented a considerable portion of EDs (Andersen, 1990; Carlat et al., 1997; Fairburn & Beglin, 1990; Sharp et al., 1994).

Contrary to the “female-centric” diagnostic criteria that currently exist for EDs, males often present with EDs differently phenotypically. For example, relative to females with EDs, males with EDs may report a higher variety of psychiatric comorbidities, such as psychotic symptoms, substance use (Carlat et al., 1997; Striegel-Moore et al., 1999), experiences of previous obesity- or weight-related mockery (Carlat et al., 1997; Gueguen et al., 2012), and even later onset (Gueguen et al., 2012; Mitchison & Mond, 2015; Zerwas et al., 2015). More specifically, in anorexia nervosa (AN), a clinical criterion often seen prior to diagnosis is amenorrhea; in males, reduced levels of testosterone and/or decreased levels of sexual interest are observed. Further, in AN, females are more likely to display a drive for thinness, while males are more preoccupied with dietary restraint in the context of leanness and making noticeable changes to bodily musculature (Pope et al., 2000). Another notable difference in how males exhibit AN is the role of compulsive exercise. Overall, many males with AN report using exercise as a means to regulate negative feelings and increase positive feelings (Murray et al., 2014). Clinically, males with AN more frequently engage in practicing stricter exercise habits relative to females with AN (Murray et al., 2014).

As for bulimia nervosa (BN), which is characterized by recurrent episodes of binge eating, the use of one or more compensatory behaviors with the intent of offsetting the effects of binge episodes, and the overvaluation of weight and shape (American Psychiatric Association, 2013), little evidence-based information exists on this ED subtype in males. However, differences between the foods consumed by males and females during binge episodes has been noted, with males being more likely to consume foods with high fat and protein content (Wansink et al., 2003), while females are more likely to binge on foods with sweet flavors. When it comes to the compensatory behaviors component of BN, male patients are more likely to engage in dietary restriction and excessive exercise (Lavender et al., 2010; Striegel-Moore et al., 2009). Engagement in these types of compensatory behaviors runs contrary to those that are more likely to be used by females with BN, such as purging and laxative use.

In regard to binge eating disorder (BED), which is characterized by recurrent episodes of binge eating and related distress without the presence of compensatory behaviors (American Psychiatric Association, 2013), drastic differences between female and male presentations are less common (Hay et al., 2015; Tanofsky et al., 1997). Interestingly, an early study has documented that males with BED are more likely to simultaneously meet criteria for an Axis I disorder (e.g., major depressive disorder, panic disorder), relative to females with BED (Tanofsky et al., 1997). Finally, an important aspect of BED in males to make note of is the lack of research that acknowledges weight/shape overvaluation, which is contemporarily a core feature of ED diagnoses.

Further, muscularity-oriented disordered eating is its own ED phenotype. The diagnosis of males has been difficult because thinness has often been the focus of EDs. However, males can display muscularity-oriented EDs, in which we see the drive for both muscularity and thinness. To achieve these goals of increased muscularity, males with this subtype of an ED may overregulate their protein consumption, adhering to strict rules (Murray et al., 2010). For leanness-oriented goals, males may engage in restriction of carbohydrates and fats, while simultaneously consuming lean protein (Griffiths et al., 2013). Although there is a considerable amount of published scientific literature about this subtype of disordered eating in males, there is still a lack of clarity as far as what eating-related behaviors and attitudes should be characterized as “disordered” (Murray et al., 2017). Thus, further research is essential to better understand the precise classification features of muscularity-oriented disordered eating.

In addition, current measures for ED diagnosis and characterization are not sufficient to account for muscularity-oriented disordered eating. The existing framework for recognizing and treating EDs is largely based on female ED samples; thus, current efforts for ED diagnosis are not satisfactory to account for male ED subtypes such as muscularity-oriented disordered eating. For instance, males are more likely to receive an “other ED” diagnosis, as opposed to a diagnosis such as AN, BN, or BED. The measures and diagnostic tools used for evaluating ED symptomatology in males are also insufficient because they have been developed and validated in accord with female populations (Murray et al., 2017). Historically, these tools have emphasized core features of thinness and questions about proportions for bodily features that may not be as relevant for male populations (e.g., hips) (Darcy et al., 2012). Another setting in which inadequate efforts for ED diagnosis in males is seen is in clinical practice. EDs are viewed as a stereotypically “female” diagnosis to have (Griffiths et al., 2015; Griffiths et al., 2014), and the stigma from upholding standards of masculinity can negatively affect whether males with EDs seek help (e.g., delayed treatment-seeking behaviors) (Griffiths et al., 2015).

Finally, proper classification of male EDs is of high concern and has significant research and clinical implications. For instance, male ED presentation has received significantly less traction in peer-reviewed scientific papers, with less than 1 percent of current papers relating to male presentations of AN (Murray et al., 2016). Clinically, this underrepresentation of male EDs has detrimental effects and contributes to higher nonengagement in treatment and stigmatization of seeking help. Further, current research does not provide adequate precision treatments for treating male ED patients; thus, more research is imperative to better understand how to develop these treatments so that they work within various male subpopulations. Another clinical factor worth considering is the low uptake of mental health care among males with EDs, which is related to levels of distress and disability (Murray et al., 2017). Acknowledging these clinical- and research-related barriers has the potential to alleviate the burden EDs have on all populations, particularly underrepresented groups such as males. As awareness of this disorder class and how it presents in male populations increases over time through thorough research and clinical practice, optimism grows that a better understanding of how it manifests and the best course for easing the distress it causes will be reached.

Ane Balkchyan is a Research Coordinator in the USC Translational Research in Eating Disorders Laboratory and Program. She graduated with Honors and Magna Cum Laude from the University of California, Los Angeles in 2020 with a B.A. in Psychology. As an undergraduate, Ane was a research assistant in two psychology labs, where she developed her research interests and completed independent research in nonsuicidal self-injury and coping strategies. She is most interested in the underlying mechanisms that cut across disordered eating and anxiety and depressive disorders. Ane aspires to attend graduate school for clinical psychology with a focus on psychopathology in adolescence and improving evidence-based treatments.

Dr. Murray is the Della Martin Associate Professor of Psychiatry and Behavioral Sciences at the Keck School of Medicine of USC, where he serves as Director of the Eating Disorders Program, and Director of the Translational Research in Eating Disorders laboratory. He has specialized in the treatment of eating disorders for over a decade, and has authored more than 150 scientific manuscripts, books and book chapters, and has lectured extensively both nationally and internationally. Dr. Murray’s program of research utilizes behavioral, psychophysiological and neuroimaging methods to (i) elucidate the mechanisms that underpin eating disorder psychopathology, and (ii) develop precision treatment approaches to optimize patient outcomes.

eating disorders examination in adolescent males with anorexia nervosa: How does it