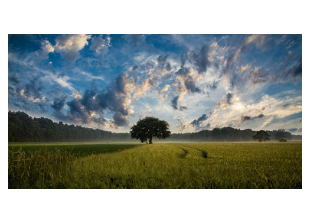 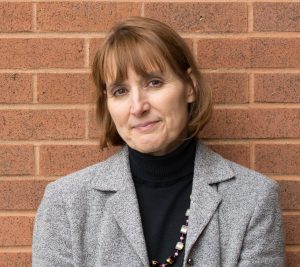 The most commonly hypothesized trigger for pica amongst pregnant women is iron deficiency,30 though calcium insufficiency has also been proposed.5  Indeed, iron supplementation is often the default treatment option when pica behavior is identified within the general population (pregnant women and otherwise).  While a handful of case studies have demonstrated cessation of pica following treatment for iron deficiency,15 two double-blind studies assessing the effect of iron supplementation on geophagy concluded that it was not effective.31,32  Still, a 2015 meta-analysis of studies related to pagophagy, amylophagy and geophagy found that pica behavior was correlated with 2.4 times increased odds for anemia as well as reduced hemoglobin concentration and hematocrit and deficient plasma zinc when compared to controls.33  However, the directionality of the relationship between pica and nutrient deficiencies remains unclear.33-35

When pica is hypothesized as a response to nutritional deficiencies for those with ASD and IDD, it is usually considered to be iron,33,36 calcium,25 zinc,33,36,37 or phosphorous,38 though nutritional supplementation and dietary adjustment have generally been ineffective as a treatment modality.39  Further, it is reported that the longer the behavior is manifested in this cohort the greater the likelihood of multiple causative factors.40

Aside from nutrition-related deficiencies, mental health, environmental causes and sensory abnormalities have also been proposed as mechanisms for onset of pica.41 Further, many individuals with ASD and IDD experience atypical sensory processing which is manifested in disordered eating, sleep pathologies, toe walking, stereotypy, challenging behaviors, self-injurious behavior (SIB), muscular hypotonia, and irregularities in tactile processing.42  Such sensory abnormalities likely play a significant, though incompletely understood, role in the presentation and/or onset of pica.  Since these types of behaviors can serve as coping mechanisms for environmentally-induced anxiety,43 eradicating the pica behavior may not necessarily address the underlying problem and can even contribute to an increase in other destructive behaviors or result in aggression.44

One of the most compelling aspects of research on pica for those with ASD and IDD is the recent effort to correlate this behavior to reduced social and recreational opportunities.21  A study from Ontario, Canada of individuals with IDD found that pica was identified in 21.8% of the population and was associated with absence of strong or supportive family relationships.  Among this subpopulation, a dearth of social contact was noted as well as low levels of participation in favorite activities.  In other studies, presentation of pica has also been correlated to adults with IDD who lack day programs or work, that is low levels of stimulation.20,45  At present, environmental enrichment is the treatment modality for pica with the most potential for individuals with ASD and IDD.46-51

Assessment and Diagnosis of Pica

For the general public, assessment of pica is greatly dependent on self-report (or caregiver report) of cravings and/or consumption of inappropriate items.  Formal diagnostic criteria are stipulated in the DSM-V as the “persistent” consumption of non-nutritive items for a minimum period of one month. Not included within this diagnosis are developmental behaviors (children’s explorative habits) or culturally sanctioned activities.  Another exemption stipulates that with a co-occurring mental disorder (such as IDD or ASD) a formal diagnosis is only warranted if the behavior is “sufficiently severe”.1

Without self-report, assessment for pica can be very difficult.  Pica related obstructions can be identified via scanning methods such as radiography or ultrasounds.  Analysis of blood (or other biochemical markers) can also identify poisoning due to pica ingestion.  The DSM-V reports more common comorbidity with anorexia nervosa and avoidant/restrictive food intake disorder (ARFID), so presence of these conditions should warrant further analysis.1

Individuals with ASD and IDD typically have moderate to severe communicative deficits and limited ability to report the status of their health.  With self-report not typically useful, assessment tools typically fall into one of three categories:  experimental functional assessment, descriptive methodologies or standardized tests.52  Functional analysis is considered the “gold standard” for evaluating behaviors on the spectrum53 as it attempts to understand the variables underlying behaviors under a variety of controlled conditions in order to uncover meaningful patterns.  Thus, because functional analysis is focused on the cause of the pica behavior, it remains the preferred assessment choice. It should be noted, however, that this approach requires both resources and training and is often beyond the reach of many facilities.

Pica assessments based on descriptive approaches typically use direct observation to create a baseline of the behavior, correlate with indirect assessment tools, or generate hypotheses about the function of the behavior.52  Many differing descriptive approaches have been used including, x-rays,54 component analysis (an entire object is provided to determine which part is desirable, i.e. cigarettes),55 or baiting (replacing pica items with an edible or non-harmful representation).48

Indirect assessment of pica is usually done through standardized assessments or surveys24,56 and can include interviews, questionnaires and Likert rating scales administered to support staff or caregivers. Examples include the Screening Test of fEeding Problems (STEP),57 the Motivation Assessment Scale, the Questions About Behavioral Functioning Scale (QABF),47 the Problem Behavior Questionnaire,58 the Student-Assisted Functional Assessment Interview,59 and the Functional Analysis Screening Tool.60 As they are less invasive, such approaches require minimal financial investment or training of personnel.   Limitations center on the fact that the collected data is only as useful as the informant’s understanding of the individual being.

Pica behavior outside of the ASD and IDD population is generally considered an eating disorder which typically remits over time.  Though nutritional supplementation is available, neither behavioral treatment nor pharmacological options have been extensively examined for the general public.

In contrast, treatment options for pica amongst those with ASD and IDD have typically fallen into three broad categories: learning based approaches, pharmacological interventions or environmental controls.  Learning based treatment modalities have included Applied Behavior Analysis (ABA), behavior therapy, social skills training, reinforcement models and token economies among others.

ABA, an operant conditioning process, is in wide use with the ASD and IDD population due to the fact that it focuses on discrete skills that can be measured.61   Use of ABA in the treatment of pica have been addressed in numerous reviews18,46,62-64 with methodologies utilizing differential reinforcement of alternative behavior (DRA),20,65 overcorrection,66 response interruption,67 differential reinforcement of other behavior (DRO),65,68 non-contingent reinforcement,48 replacement behavior training,64 and contingent time-out.69

Pharmacological treatment options for pica amongst those with ASD and IDD often focus on the use of selective serotonin re-uptake inhibitors (SSRIs), such as fluoxetine, based on anti-anxiety and anti-obsessive properties.19,62,70-72  Antipsychotic medications, utilized extensively in this population to treat aggressive and self-injurious behaviors, have also been utilized in treatment of pica but found to be ineffective.69  A case study of a female teen with ASD noted relief from pica with administration of aripiprazole, an atypical antipsychotic used across the spectrum for irritability.73

The most practical – and likely most common — approach to pica prevention for those with ASD and IDD is to simply sweep the environment for inappropriate items known to be particularly desirable as well as to plant objects that are acceptable for mouthing and/or consumption.  This is commonly referred to as “pica proofing”20,41

and is considered the most pragmatic method as it requires minimal staff training. While such an approach can significantly reduce the incidence of pica, it is unknown if it will alter the underlying mechanism or help to resolve the problem.

Because individuals who display pica are also typically assigned additional staff to ensure their safety,20 allocation of resources for management of this condition is extensive.74