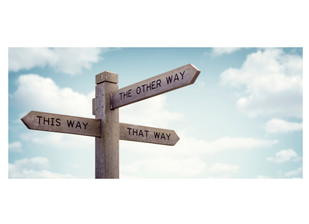 From skipping the mayo at the sandwich bar to counting macros on a fitness app, dieting occurs in up to three-quarters of healthy adults. In a society full of media outlets promoting the lean, fit ideal, it is no surprise that dieting—attempting to restrict caloric intake in order to change weight—is quite common among adolescent women. But what happens when a diet becomes a lifestyle—or an illness?

It is easy to imagine a scenario in which a teenage girl starts giving her nutrition a bit more attention. Whether it is a “clean eats” blog that provides recipes and photos, or a high school health class that brings attention to food groups, the initial motivation often comes with reasonable intentions and certainly does not intend physical or psychological harm. Efforts to eat “healthy” or lose a few pounds may not always be successful. However, an initial drop in the number on the scale is certainly possible—and can be very rewarding, especially if weight loss is accompanied by compliments from peers. In a social environment like high school, this initial weight loss can become associated with acceptance and improved social status. With such positive reinforcement, swapping cookies with fruit can begin to require less and less mental effort. Eventually, cookies—initially enjoyed in moderation—can become totally off-limits, and low-calorie “meal preps” can turn into rigid, daily rituals; what is risky is when “healthy” lifestyle changes turn into routines that feel impossible to get rid of.

These restrictive eating behaviors are initially goal-directed, meaning motivated by intent to achieve a particular outcome such as weight loss. Any behavior, when reinforced, gets repeated. With repetition, over time, the outcome (or reward) matters less and less, and then not at all—the behavior persists because of the cue, not because of the outcome. This is called stimulus-response learning, or habit formation. Goal-directed behaviors and habitual behaviors are associated with different brain mechanisms (Figure 1).

In many cases, habits are extremely useful in allowing our minds to perform efficiently. For example, making your bed and tidying up every morning can provide the initial reward of a clean room to come home to—soon enough, the behaviors can get linked together into a routine that requires little effort. However, when these behaviors include making certain foods off-limits and limiting oneself to rigid meal routines, the habits that are formed may not be so useful—in fact, they can be pathological. Could the same brain mechanisms that help create our morning routines also help create rituals that promote eating disorders like anorexia nervosa (AN)?

One way to test this hypothesis is by examining the brain mechanisms guiding food choice among healthy individuals compared with individuals with AN.

With a disorder as complex as AN, there are plenty of important areas of research: biological, psychological, and sociocultural. Behaviorally, one feature that is central to the illness—and contributes most to the morbidity and mortality—is persistent caloric restriction.

Individuals with AN limit calorie intake—and specifically restrict fat in their diet. In addition, studies have shown that the more rigid a patient’s diet, the more likely he or she may be to relapse following treatment. This suggests that dietary patterns have an impact on the chronicity of the illness and its resistance to change—even among motivated individuals who desire treatment.

Furthermore, while it is important to study psychological components of AN (such as depression, anxiety, obsessionality, and compulsivity), not eating and the inability to maintain adequate weight are primarily what lead to hospitalization and the high rates of morbidity and mortality. Understanding the tendency to choose low-calorie, low-fat foods is therefore essential to understanding AN.

The Brain, Behavior, and Mental Illness

Neural mechanisms of AN are not yet clear—but why care about the brain mechanisms of behavior and mental illness in the first place? Historically, mental illnesses were distinguished from other medical illnesses because they were seen to be related to This view contributed to stigma around mental illness and drew medical resources away from mental health. While the relationship between mind and brain continues to be discussed in modern philosophy and psychology, contemporary psychiatry studies mental disorders as illnesses that Brain-based models of disorders like depression have been developed and tested using animal models, neuroimaging, and other techniques that probe the brain. Research in brain mechanisms of mental illness can help identify diagnostic markers and lead to targeted treatment development. Identifying brain processes underlying AN can yield new directions for psychotherapeutic and pharmacological interventions.

In this study, individuals with AN and healthy volunteers were asked to rate images of food based on healthiness, tastiness, and personal preference. As predicted, individuals with AN were less likely to prefer the high-fat foods. Importantly, the individual’s behavior in the task (i.e., how often the person selected the high-fat foods) was significantly correlated with actual food intake in a lunch meal, indicating that the computer task is capturing restrictive eating. The fMRI findings revealed an interesting difference in neural activation patterns between individuals with AN and healthy peers. Consistent with the investigators’ hypothesis, among individuals with AN—and not among healthy controls—the dorsal striatum was associated with food choice. The dorsal striatum is a brain region that may be associated with habit formation.

A habit-based model can help explain the persistence of the illness despite treatment and the elusiveness of lasting recovery for some patients. It can also guide new directions for treatment, including habit-busting interventions.

Techniques that focus on changing habits are well-supported in the treatment of tic disorders and trichotillomania. This approach aims to help patients become more aware of the cues that set their routines in motion and, ultimately, develop alternate responses to the cues.

The Eating Disorders research team, including Steinglass and Deborah Glasofer, has attempted to do something similar with patients with AN. It is developing and studying an approach called REACH (Regulating Emotions and Changing Habits) to teach patients with AN to identify cues, develop new routines, and better manage uncomfortable feelings that can arise when trying to change behavior. In the REACH framework, a patient starts by tracking routines and their earliest cues. The therapist and patient then work together to develop alternate responses to the cues. This could involve a simple, competing response—a counteraction that is wholly incompatible with the target behavior—or a strategy to alter the environment to encourage a different behavior. When behavior change brings with it anxiety or sadness, patients are taught how to use relaxation exercises or to recall their “big picture” reasons for wanting to change. As patients try on new behaviors to break old habits, they are encouraged to notice the positive outcomes—the rewards—that result from behavior change. In the team’s first test of this approach, REACH was associated with a significant decrease in the strength of the habits that patients identified and was also associated with improvement in food intake.

By asking critical questions about the link between brain and behavior, researchers are learning more and more about eating disorders like AN—and putting these insights directly into practice. 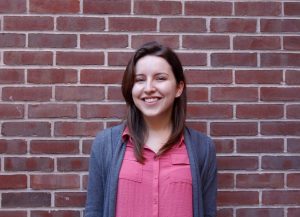 Mariya Bershad is a junior at the University of Pennsylvania studying the Biological Basis of Behavior. She spent the summer in the Center for Eating Disorders at Columbia University Medical Center and the New York State Psychiatric Institute as a volunteer research assistant. Mariya currently assists in research at the University of Pennsylvania’s Center for Cognitive Neuroscience and Department of Neurology. She looks forward to further exploring how the study of cognitive neuroscience can guide the ways we approach mental health. 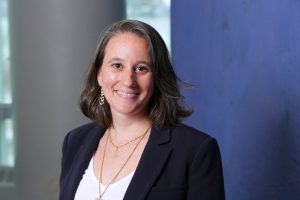 Deborah R. Glasofer, PhD is an Assistant Professor of Clinical Psychology (in psychiatry) in the Center for Eating Disorders at Columbia University Medical Center and the New York State Psychiatric Institute. Dr. Glasofer graduated from Duke University and received her doctoral degree in psychology from American University, completing her pre-doctoral clinical internship at Bellevue/New York University Hospital. She has been involved in a variety of research studies for eating disorders in adults, including eating behavior and treatment of patients with anorexia nervosa and bulimia nervosa. Within Columbia’s Department of Psychiatry, Dr. Glasofer provides instruction and supervision for psychiatry residents and post-doctoral fellows in evidence-based individual and group psychotherapies. 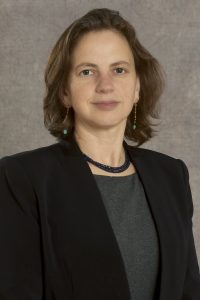 Joanna Steinglass, MD is the Florence Irving Associate Professor in Clinical Psychiatry in the Center for Eating Disorders at Columbia University Medical Center and the New York State Psychiatric Institute. Dr. Steinglass graduated from Amherst College and received her medical degree from Harvard Medical School. She completed her psychiatry training and an NIMH-sponsored research fellowship in eating disorders at Columbia University College of Physicians and Surgeons and New York State Psychiatric Institute. Dr. Steinglass has had NIMH and private foundation support since 2006. The focus of her work is both the cognitive neuroscience of anorexia nervosa, and the development of mechanism-based treatments. 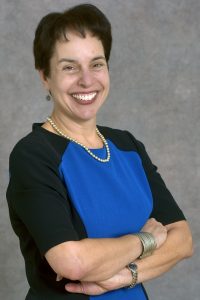 Evelyn Attia, MD has dedicated her career to the study and treatment of individuals with eating disorders. Dr. Attia is Professor of Psychiatry at Columbia University Medical Center and Weill Cornell College of Medicine. Since 2008, she has been director of the Eating Disorders Research Unit at The New York State Psychiatric Institute, and since 2009, she has additionally directed The Center for Eating Disorders at New York-Presbyterian Hospital. Dr. Attia’s research interests have focused on targeted treatments for anorexia nervosa. She has received grants from the NIMH and private foundations to support her work, as well as funding from New York State to improve services for eating disorders in the form of New York’s Comprehensive Care Centers for Eating Disorders program. Dr. Attia is on the board of directors of the National Eating Disorders Association (NEDA).