Dialectic Behavior Therapy in the Treatment of Eating Disorders 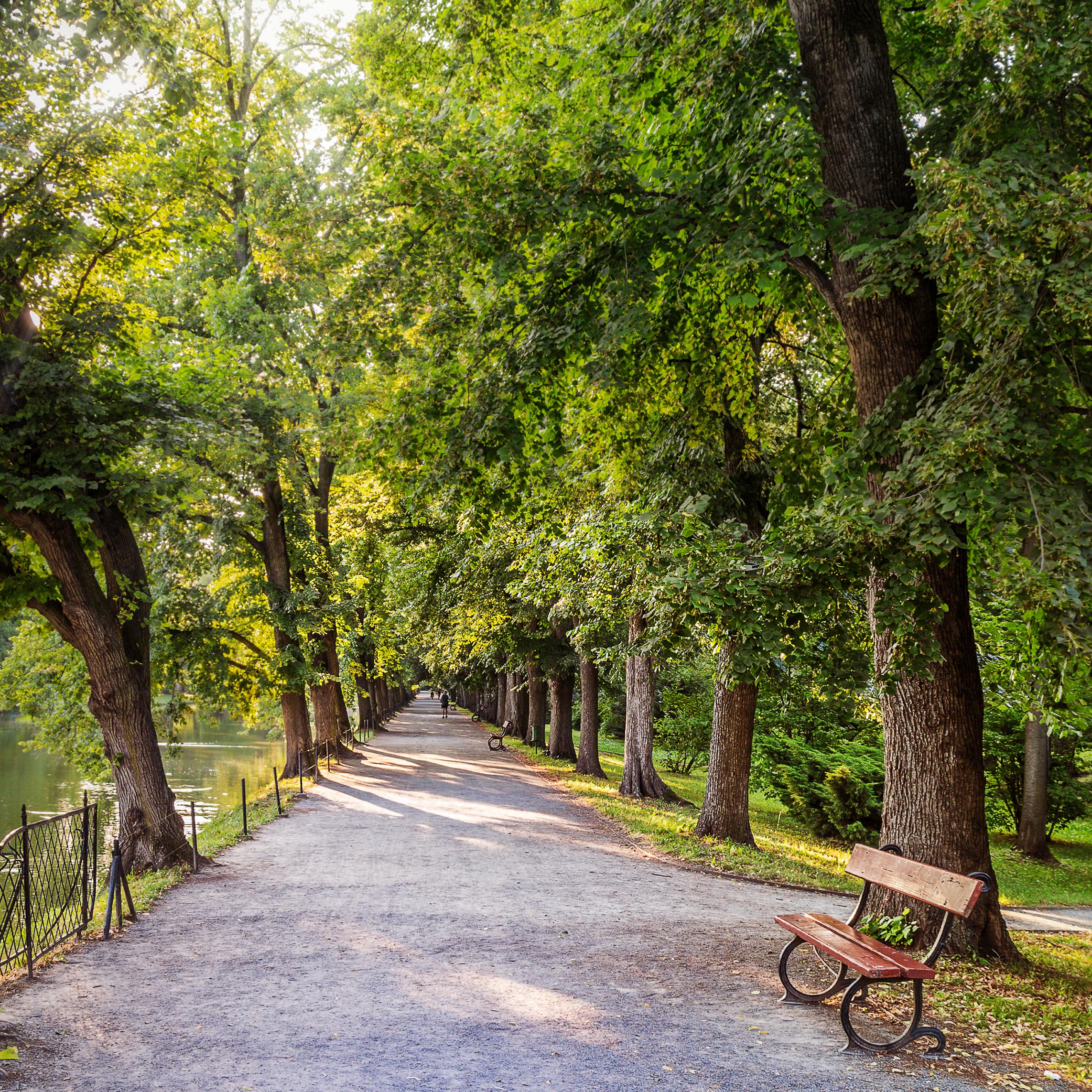 Dialectic Behavior Therapy in the Treatment of Eating Disorders

Dialectic Behavior Therapy (DBT) is a popular modality being used for treating eating disorders, but many professionals still don’t fully understand its origin, use, and effectiveness.

DBT was originally developed by Marsha Linehan as a result of the limitations she perceived when applying cognitive behavioral therapy to the treatment of women diagnosed with borderline personality disorder and engaging in self-harm behaviors such as self mutilation through cutting, suicidal ideation, and chronic suicide attempts.[i]

Following the publication of the original DBT manual in 1993, there has been increasing interest in the application of DBT to other populations, including individuals diagnosed with binge eating disorder (BED), bulimia nervosa (BN)[ii], and, to a lesser extent, anorexia nervosa (AN). Although there is limited research investigating the efficacy of DBT for the treatment of BED[iii], BN[iv], and AN[v],[vi] those studies that have been published are encouraging.

The use of DBT for the treatment of eating disorders makes intuitive sense. Many of the presenting problems that DBT was first developed to treat— ineffective interpersonal skills, intense mood fluctuations, poor impulse control, and self-destructive behaviors—are frequently observed among individuals with eating disorders[vii]. What’s more, the four core skills that comprise the model—mindfulness, distress tolerance, emotion regulation, and interpersonal effectiveness—are almost always deficient in individuals with eating disorders. It is these four skills that will be used as a framework for the following discussion. Although Safer, Telch, and Chen[ii] exclude interpersonal effectiveness from their manual describing how DBT has been adapted to treat BED and BN, that exclusion was based on research design concerns rather than an assumption that these skills were irrelevant. In practice, it can be said that interpersonal skills are vitally important to an individual’s recovery, and they will, therefore, be included in this discussion.

Mindfulness is the art of paying attention to the present moment with awareness, openness, and non-judgment. This does not mean that one denies his or her thoughts and feelings, but rather focuses attention on the present moment in a nonjudgmental way. Mindfulness is considered crucial to the development of subsequent DBT skills and is therefore addressed from the onset of treatment[ii]. Individuals with eating disorders often report “automatic” or intrusive thoughts that they attribute to their behaviors. Mindfulness skills are used to diffuse those thoughts and allow these individuals to become aware of their own judgments around them. In turn, these skills can be used in place of binge eating, purging, and other problematic behaviors.

Costin and Grabb[viii] describe two categories of mindfulness practices that can be used to treat individuals with eating disorders. The first includes a physical act of mindfulness, such as meditation, mindful walks, or yoga. The second involves what the authors refer to as “soul lessons,” because they are designed to help the individual connect with his or her soul self. The soul self is not necessarily faith-based, but rather delineates an individual’s essence or core self as opposed to alternative self states that are more ego-driven, such as the eating disorder self. Honoring the soul self may involve paying attention to “soul moments,” or moments that impact these individuals and in which they experience a sense of awe, reverence, or connection with something greater than themselves. This could involve watching the setting sun, feeling the breeze blow across one’s face, the sound of leaves rustling, the laughter of a newborn baby, or participating in a ritual or ceremony, for example. “Keeping track of life’s soul moments is keeping track of life’s sacredness.”[viii] For individuals with eating disorders, life is often reduced to the thoughts and behaviors surrounding food and weight. Practicing mindfulness, in any form, can remind them of all of the beauty and wonder that exists within and around them and outside of their disorders.

Distress tolerance is the ability to accept emotional pain and suffering as part of life. This is similar to the Buddhist teaching that life is suffering. The sutras say, “Impermanence therefore suffering.” Life is full of great happiness and great sadness and loss. Distress tolerance involves learning to navigate and flow with the natural variability that is part of the human condition. These skills are used to teach individuals adaptive strategies for tolerating distress and discomfort, rather than turning to disordered eating behaviors when there is nothing that can be done in the moment to change the situation.[ii] Anecdotally, individuals with eating disorders often report that they can’t bear to feel the pain of distressing emotions and often turn to their behaviors as a way to avoid doing so.

Numerous skills can be taught to help individuals with eating disorders tolerate distressing circumstances. Safer et al.2 divides these skills into two categories: skills for accepting reality and crisis survival skills. Both skill sets help individuals accept life as it is in the present moment and cope with painful circumstances beyond their control. Among others, these skills may include observing one’s breath, becoming aware of the environment, half-smiling, and radical acceptance. Half-smiling involves adapting an outward facial expression of acceptance to challenge the physical tension that comes from resistance. Radical acceptance involves an inward acknowledgement that certain circumstances are beyond one’s control and are associated with pain and loss. Crisis survival skills are designed to help individuals deal specifically with painful short-term situations without using behaviors such as bingeing or purging as coping strategies. Crises situations can be big or small and can be different for different people, but what they share in common is the individual’s belief that he or she is unable to accept the current situation and feels unable or unwilling to access the ability to react mindfully.2 Crisis survival teaches techniques such as distraction, self-soothing, improving the moment, and thinking of pros and cons. Regardless of the skill used, the objective here is to help individuals accept emotional pain as part of their human condition and to recognize that, like all things, it is impermanent.

Emotion regulation helps individuals identify and tolerate negative emotions while simultaneously helping them to develop more rewarding affective experiences. Some individuals are readily able to recognize how their eating disorder behaviors distract from or help them avoid distressing feelings. What’s more, negative emotions can not only lead to, but also maintain and be a consequence of, disordered eating behaviors. Individuals often report using those behaviors as a way to avoid painful and distressing emotions. For instance, a recent study found that individuals with BN reported more negative affect on days when binge eating and vomiting occurred.[ix] On those days, however, individuals also reported an elevated mood following the completion of the binge-purge cycle. Thus, although not an adaptive strategy, those behaviors are negatively reinforced by diminishing the individual’s reported experience of negative affect. Powell and Thelen[x] similarly found that purging through self-induced vomiting or laxative use diminishes negative affect precipitated by bingeing.

Regulating one’s emotions involves identifying and exploring those emotions as signals that something is going on in the environment that needs attending to. Sometimes those feelings might be based on distorted thoughts or incorrect assumptions, which require checking out and verifying. Other times, the feelings are valid responses to the environment and warrant a response. Helping individuals understand that distressing emotions are important signals, that they serve a purpose, and that they won’t last forever is imperative for lasting recovery.[viii]

One way to help individuals reduce intense emotions is by using opposite action.[ii],[viii] This skill involves mindfully and intentionally doing the opposite of what one generally does in response to a given situation. So, for instance, if an individual experiences anger and reacts by attacking and yelling, opposite action might involve validating and speaking quietly. Fear, whether of an event, person, or even a food, would warrant approaching the feared stimuli over and over again.

Interpersonal effectiveness relates to an individual’s ability to have meaningful, lasting, and mutually rewarding relationships. Individuals with eating disorders often report difficulties with issues such as low self-esteem, perfectionism, impulsivity, and a drive to please others, all of which can lead to relational distress. Interpersonal effectiveness teaches specific strategies to help improve assertiveness and interpersonal problem solving in order to build successful relationships and feelings of self-efficacy, which are crucial to long-term recovery. One such skill would be Dear Man (Describe, Express, Assert, Reinforce, Mindful, Appear Confident, Negotiate), in which the components of a successful interpersonal exchange are broken down and addressed effectively. Some might say that one of the most basic human needs is to love and be loved. Interpersonal effectiveness helps individuals work toward lasting, meaningful, and mutually rewarding relationships.

At its core, DBT strives to help individuals create “lives worth living.” It further suggests that in order for change to happen, acceptance must first occur. The focus of the model—mindfulness, affect, and relationships—speaks to all of the beauty and grace that is part of the human experience. The DBT concepts are organized within a highly structured and manualized framework that sometimes leads new practitioners to present these skills in a way that can feel impersonal and rote to clients. In practice, it is important that within the DBT framework, clinicians also maintain the fluidity, flexibility, and attention to individual circumstances that this model so eloquently prescribes. When used with clinical wisdom and based on anecdotal evidence and existing literature, DBT appears to be a promising therapeutic model for treating individuals with eating disorders.