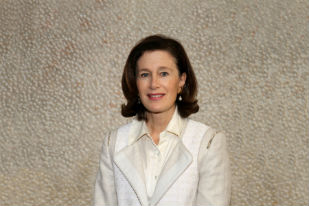 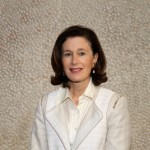 The scourge of eating disorders has affected Jewish individuals across the denominational spectrum including women in ultra-Orthodox communities. Jewish women are as likely as non-Jewish women to use their bodies as a repository of psychological distress and as a socially sanctioned way of expressing self-doubt and existential angst. Interestingly, within the ultra-Orthodox communities, proscriptions such as no television in the home and limited access to the internet, intended to suppress the influences of the broader culture, have not provided a successful shield from body shame and the prevalence of eating disorders.

In contrast to the centrality of the body in the contemporary psyche, the idealization of the body is discouraged in Judaism and is antithetical to Jewish values. Traditional Judaism views the body respectfully and mandates its proper care. Bodies are transient instruments through which the fundamental religious goals of worship, study, and chesed (acts of loving kindness) are realized. The Torah (Old Testament) is explicit in stating that the human body was created Bi’tzelem Elokim, in the image of God, and, therefore, harming the body is strictly prohibited. In addition to caring for the body, Jewish law mandates that an ill person is obligated to seek medical care. In fact, maintaining one’s health is so important that the Talmud prohibits Torah scholars from living in a city that does not have a doctor and access to good medical care is deemed an important consideration in choosing where to live (Goldwasser, 2010). Furthermore, caring for and visiting the sick, bikkur cholim, is a central act of loving kindness in Judaism. And most importantly, eating disorders fall into the Talmudic category of Sakanat Nefesh which means a danger or threat to life. Judaism mandates that no effort should be spared when a life is at risk.

Unfortunately these inherent Jewish values have not been powerful enough to combat the tyranny of thinness from seeping into the psyches of Jewish women. However, these values have mobilized all denominations within the Jewish community from the Reform movement to ultra-Orthodox groups to allocate resources for educational initiatives about the danger of eating disorders in the hopes of preventing further escalation of the problem and to encourage families to seek immediate, high quality treatment once an eating disorder is manifest.

In this spirit, there has been a plethora of communal efforts to address the problem of eating disorders among Jewish adolescents and young adults. For example, many Jewish middle schools and high schools include some eating disorder prevention program in their curriculum. Prevention programs often include a parent education component in which eating disorder specialists are invited to speak with parents about how to help their children maintain a healthy weight and positive body image. Similarly, many temples, synagogues, and Jewish community centers sponsor thoughtful educational programs designed to prevent eating disorders and to educate the community about the urgency of early detection and treatment. In addition, the Jewish news media has frequently published personal accounts and professional articles about the danger of eating disorders.

In 2002, the nondenominational organization, Moving Traditions, launched an initiative for adolescent Jewish girls called Rosh Hodesh: It’s a Girl Thing! This innovative program was developed to address many contemporary challenges facing teenage girls such as sexualization and stress. One of the program’s primary areas of focus is promoting healthy body image to empower girls and prevent the development of eating disorders. And in 2008, the documentary movie, Hungry to be Heard, was produced as an educational tool to publicize the growing concern about eating disorders in the Orthodox Jewish community.

A highly successful initiative that has emerged from the ultra-Orthodox community is Relief Resources, a non-profit mental health referral organization. Relief Resources is specifically oriented to assisting members of the Jewish community in obtaining quality treatment for eating disorders and other mental health problems. Relief runs a special Eating Disorder Helpline that employs trained specialists who encourage and support callers to seek appropriate treatment for their eating disorders.

Currently several inpatient eating disorder programs and residential treatment centers offer kosher food for observant patients. In addition to providing kosher food, it is also essential for residential treatment teams to be culturally sensitive. Ultra-orthodox women may encounter topics during group therapy discussions such as drugs, alcohol, and casual sexual relationships that they may not relate to or that are not relevant for them. Most ultra-Orthodox women live with their families until marriage and premarital sexual relations or casual dating is not typically part of their experience. Families may be more open to having their daughters treated in programs that are respectful of the mores of their community. However, at the same time, it is critical that treatment providers not assume that because a patient is Orthodox or ultra-Orthodox, they do not want to or do not need to explore their feelings or encounters with sex and drugs.

A particular time of vulnerability for Orthodox Jewish teenagers is the year after high school. While the transition from high school to college is a time of increased vulnerability for the development of eating disorders in the population as a whole, it may be particularly so for observant young women as many go to seminaries in Israel before attending college or pursuing other forms of advanced learning. It is not uncommon for an eating disorder that was nascent or subclinical in the junior or senior year of high school to become fully manifest during the year of study in Israel. In response to this problem, some women’s seminaries screen applicants for eating disorders and will decline to accept girls who have significant eating disorder diagnoses. In recent years, seminaries in Israel have become more adept at monitoring their students’ psychological health and mandating treatment. Yet there is still variability amongst the different schools and some girls’ eating disorders remain under the radar until they return to the U.S. and to their families.

Some psychotherapists who treat Orthodox Jews have wondered whether there is a connection between Jewish rituals and values, and eating disorders in the Jewish community. There are several popular views that seek to link Judaism and eating disorders. These ideas include:

1. The pressure on Orthodox Jewish women to marry young and to have large families.

2. The fact that the Sabbath and festivals are celebrated around multiple meals with an overabundance of food.

3. The impact of the Holocaust, with its haunting images and legacy of starvation, on the second and third generation of children of survivors and, more broadly, on the collective Jewish unconscious.

4. The practice of keeping kosher, which separates foods into permissible and nonpermissible categories. This may appear analogous to the separation of foods into acceptable and unacceptable food groups which is so often a component of eating disorder pathology.

Clearly, there are genetic, biological, intrapsychic, and familial factors that culminate in an eating disorder. What role then, if any, might these particular cultural phenomena play? There is no reliable empirical evidence about their impact. In the larger American culture, not everyone develops an eating disorder even though all women are bombarded by media messages promoting an unattainable thinness ideal. Similarly, in the Orthodox world, the vast majority of girls and women do not develop eating disorders though they may experience the pressures of matchmaking, young marriage, early motherhood, keeping kosher, lavish festive meals, and the Holocaust’s legacy of deprivation and trauma. (Altmann, 2009) Although it may be important to be attuned to these cultural norms and stressors when working with Orthodox patients, therapists should not presume that these factors are central to the development or maintenance of a particular individual’s eating disorder.

In order to provide culturally sensitive treatment, it is essential for practitioners who work with Orthodox Jewish patients to be aware that the Orthodox Jewish community is not a unified body. There is a wide swath of Jewish groups ranging from those who identify as Modern Orthodox, Centrist Orthodox, and ultra- Orthodox. Furthermore, within ultra-Orthodox Judaism, there are those who identify as Hasidic Jews and those who view themselves as emerging from other intellectual and spiritual traditions. These nuances in philosophical orientation and customs may seem hard to discern to the outside observer. (For more information about Jewish denominations, see L. Schlosser, 2006.) When treating members of the Orthodox Jewish community, however, it may be helpful to inquire about specific group allegiances as they are meaningful to their adherents. Since Judaism represents a complex blend of culture, ethnicity, religion, beliefs, and traditions, the psychotherapist who is inquiring and knowledgeable about specific religious practices and identities will be most able to provide empathic, productive treatment.

Better World Productions, Inc. (Producer) and Young Leadership Cabinet of the Orthodox Union (Developer.) (2008). Hungry To Be Heard [Motion picture]. U.S. – a documentary film which is available free of charge as a continuation of the Safe Homes, Safe Schools, Safe Shuls initiative of the Orthodox Union

Relief Resources www.reliefhelp.org– a non-profit Jewish mental health agency that has a help line staffed by professionals that can assist patients who suffer from eating disorders to find counseling and medical assistance.

Steiner-Adair, C. and Sjostrom, L. Adapted for the Orthodox community by Diamond, E. and Weinberger-Litman, S. (2006). Bishviliבשבילי For Me: An Orthodox Jewish Guide to Full of Ourselves: A Wellness Program to Advance Girl Power, Health and Leadership. NY, NY:College Teachers Press. – a curriculum developed through a grant by The Hadassah Foundation to be used as a Jewish companion guide in conjunction with Full of Ourselves (FOO) to raise girls’ self-esteem and prevent eating disorders.

Esther Altmann, Ph.D. is a psychologist in private practice and is the Director of Pastoral Education at Yeshivat Maharat. Dr. Altmann is an eating disorders consultant to Jewish and non-Jewish schools and institutions, and developed the treatment program at the Renfrew Center for Orthodox Jewish women. Dr. Altmann writes and lectures in schools and communities on mental health topics and specializes in psychotherapy with adolescents, young adults, and in family and couples therapy.