Eating Disorders and Meditation: A Clinical Perspective on the Interplay between Neurology and Psychology 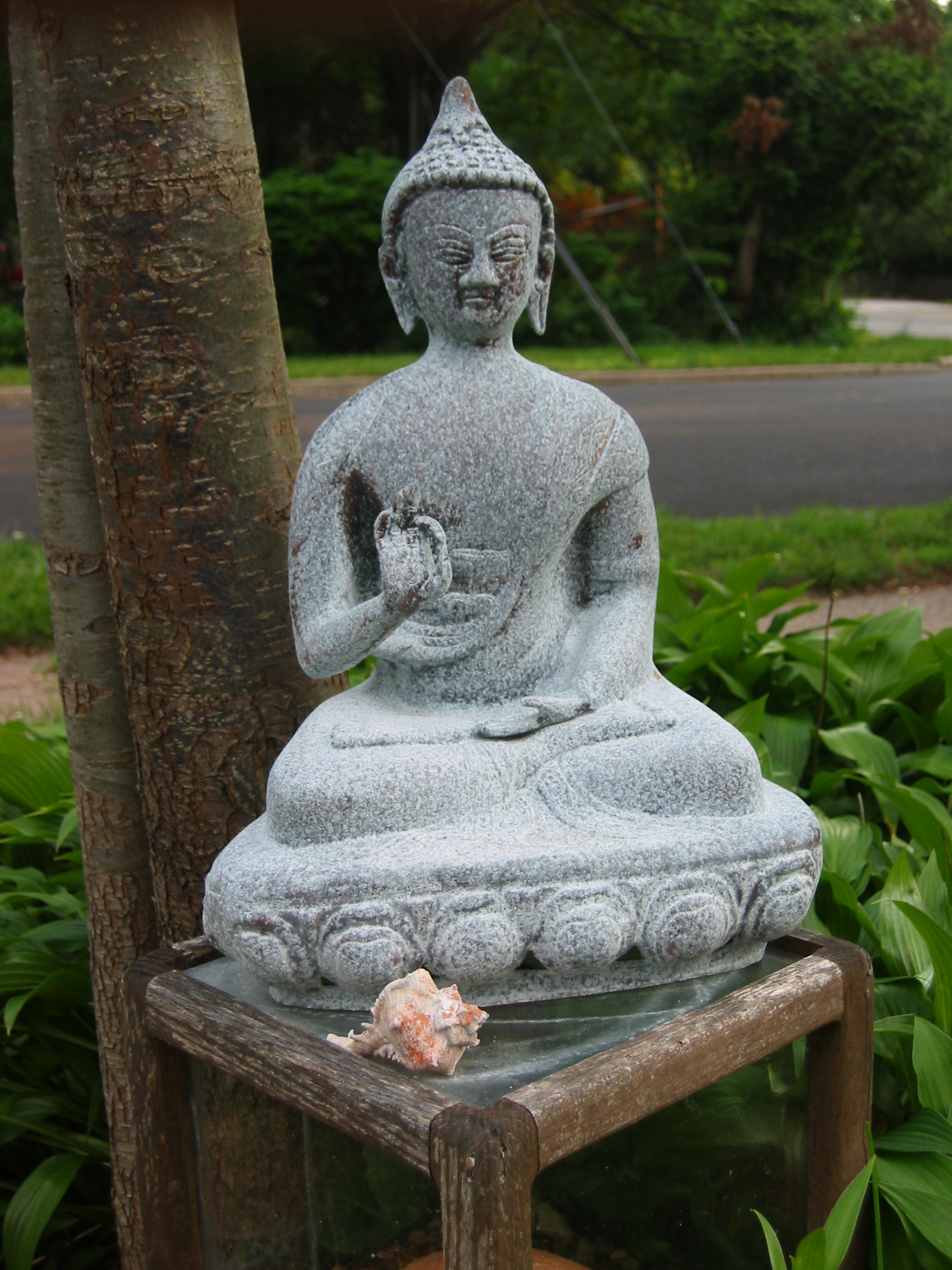 A Clinical Perspective on the Interplay bet 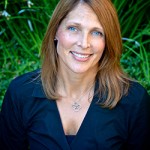 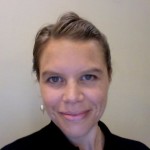 Recent brain imaging research and more specifically functional magnetic resonance imaging (fMRIs) have enabled us to better understand what happens with brain function when individuals become anxious. We now know that when an individual becomes highly anxious, the brain’s focus (or oxygenation) shifts to a region of the brain called the amygdala.  When this area of the brain is stimulated, “stress” neurotransmitters epinephrine and norepinephrine are released, which then signal the kidney to release the “stress” hormones adrenaline and cortisol. By design, thesechemicals metabolize slowly. The brain is left to literally “bathe” in these chemicals for prolonged periods.

The amygdala functions to keep us safe from physical harm and ready our bodies to act toward self-preservation. Rational thought tends to be sacrificed to concern for physical survival. When our patients are faced with the prospect of eating and experience heightened anxiety, their brains shift to this survival mind-set. Yet to the clinician, their thought process appears highly irrational, and at times, even delusional.

In contrast, fMRI studies have demonstrated that meditation practice, and more specifically, focused attention on the breath, stimulates the prefrontal cortex, leading to the release of dopamine. Dopamine is a neurotransmitter associated with feelings of calmness, peacefulness, and contentedness. When the prefrontal cortex is activated, rational thought follows: people think more clearly and recall more accurately. This state is also associated with a greater capacity for emotional regulation. When I ask patients if the idea of learning how to shift out of an anxious state into a more calm state appeals to them, I always get a resounding “Yes!”

While there is no brain imaging research to date specifically targeting neurology and Eating Disorders, we do know that the practice of meditation supports the formation of white matter in the brain (increased brain capacity), and significantly improves the brain’s ability to remain focused.

Additionally, the concept of neuroplasticity has shifted how we conceptualize our thoughts and more importantly, how this impacts the brain. We now understand that “neurons that fire together, wire together.” Individuals with Eating Disorders intuitively understand this concept. They report that the thoughts started as a “sprinkling” of negative ED self-talk, but over time, these thoughts became more repetitious or “automatic” in nature. Patients, especially those at higher levels of care, will often report that their ED thoughts are constantly in the background, unremitting. In my clinical experience, most patients, although not all, find the quieting of the ED voice an appealing proposition.

The practice of meditation supports separating, or creating space, between who the individual is, and what thoughts the individual is having.  In this process of separation, the practitioner learns and develops the skills that help individuals detach their sense of self and identity from their thoughts. This ultimately supports them to become more intentional in their actions and thereby effects their moment to moment emotional experience.

In the research, Eating Disorder “negative self-talk” is argued to play a crucial role in the development, progressive and insidious nature of Eating Disorders. By separating self from thoughts, meditation practice supports what has become a common ED therapeutic intervention: helping patients distinguish their “healthy voice” from their “Eating Disorder voice”.

Interestingly, in practice—regardless of how sick a patient may be—ED patients report being knowledgeable as to which thoughts DO NOT support health (ED thoughts) versus which thoughts DO support their health. This is poignant, because as a clinician, it provides me the opportunity to honor the individual’s inner wisdom. These patients know what supports their health and they know what hurts their health, regardless of how much they want to be in their Eating Disorder.

This clarity coupled with their desire to be in a present experience that is more calm, content and at peace provides ‘the grist to the mill,’ as they say, when I am in conversation or discussions with ED patients regarding their motivation in recovery.

In 2005, Baer, Fischer, and Huss, published a study that utilized a Mindfulness Based Cognitive Therapy (MBCT) from an ACT perspective, which was revised specifically for BED. Rather than acting as a stand-alone intervention, meditation practice was one tool of several in this revised curriculum. The findings from this study demonstrated that eating-related meditation rather than general meditation, was the strongest indicator of improvement in eating control. Baer, Fischer, and Huss went on to publish a case study in 2006, which demonstrated a reduction in binge eating behaviors and increased levels of mindfulness.

There is no research to date regarding ED focused MBCT or meditation and its efficacy at reducing other ED behaviors and cognitions such as food restriction, compensatory behaviors, or body image disturbance. Additionally, there is no research specific to Eating Disorders and neurological changes to the brain. Given what we know about the neurological and psychological benefits of meditation, more research in both disciplines seems like a logical “next step.”

A Case from Clinical Practice

One profound example that demonstrates how educating and practicing meditation in clinical practice can be helpful involved a 16 y/o female that engaged in food restriction and excessive exercise behaviors. Her walking and running regimen was so fierce that her feet were bruised and blistered to an extent unlike anything I had ever seen. For approximately three months (IOP level of care), our multidisciplinary team worked with her around her excessive activity behaviors. She was able to stop running but after three months, we were still struggling to help her stop her two to three hours of daily walking.

Over this same three-month period, I was also leading a weekly “Meditation” group that incorporated both experiential and didactic components. In the fourth month of this patient’s treatment, I asked her about her “Activity” from the previous week. This activity assessment is a standard question I ask patients during their medical appointments with me. When I asked about her most recent activity, she responded “none.” “Even walking I asked?” She nodded her head.  “What happened..?”  I asked. “I just didn’t walk” she responded. “What actually happened in the moment when you had the urge to walk?” I asked. “I just sat and breathed like we do in Meditation” she responded. “And..?” I asked. “It was really hard…but I was able to do it…” she said. I almost fell off my exam stool in shock. I gave her a hug, and then a high-five. She graduated from our IOP program a couple of months later “not really caring” about whether she exercised or not.

In Summary and Review

Meditation practice supports a neurological and psychological interplay that promotes the development and maintenance of a recovery-oriented mind-state. Research in the fields of neurology and psychology have increased our understanding as to how meditation can be an effective tool and skill for an Eating Disorder patient to utilize their path of recovery. Rather than having an “along for the ride” experience, meditation can empower patients to be more proactive in their process by teaching them how to “shift” from being hi-jacked by their amygdala and redirect their focus and attention to the prefrontal cortex. These skills also have the capacity to extend and prolong treatment intervention because they allow the patient to engage in a meaningful response to their own ED thoughts as they arise outside of the therapy room.

I routinely review with patients the concept: neurons that fire together, wire together. The practice of meditation supports the patients’ separation from their Eating Disorder while their “team” is equipping them with the skills and tools to replace these eating disordered thoughts with more recovery-oriented thoughts.

Katie Bell, ANP, PMHNP, is a board certified Nurse Practitioner in Adolescent/Adult Medicine and Psychiatric Mental Health with over ten years of experience working with eating disorder at all levels of care.  In 2009, she completed a yearlong Meditation course at San Francisco’s Zen Center called Establishing a Path of Practice.  She continues to study and practice meditation routinely, and is actively providing education to her patients about meditations’ health benefits.  In 2013, Katie co-founded The Healthy Teen Project, a PHP/IOP Adolescent Eating Disorder program located in Los Altos, California.  Alongside Healthy Teen, she maintains a private outpatient practice with a multidisciplinary team of eating disorder providers called The Community Health Collaborative. Katie also has a keen interest in eating disorder prevention and early identification with the aim of reducing overall rates of eating disorders in the local Bay Area community.  In this role, Katie has been serving as a Wellness Advisor to a local Ballet School (Ballet San Jose) since 2013.  She is also forming a Bay Area Task Force comprised of local, seasoned Eating Disorders specialists with the goal of providing education to Bay Area schools and organizations.

Lirio Ohlson LMFT, LPCC, ERYT-500 is a psychotherapist and yoga instructor. She maintains a private psychotherapy practice in Los Altos and coordinates wellness services for the Santa Clara Unified School District in California. She addresses a variety of concerns with diverse therapeutic modalities such as Object Relations and Emotion Focused Therapy as well as Mindfulness informed therapeutic approaches. She believes in the innate ability of her clients to heal and achieve fundamental change if they are provided the right opportunity with the right tools. Lirio Ohlson has taught yoga for over twenty years and maintains an active yoga teaching schedule in the South Bay Area. She enjoys teaching a practice that cultivates physical health and stress reduction in a safe and enjoyable manner to students of all levels.