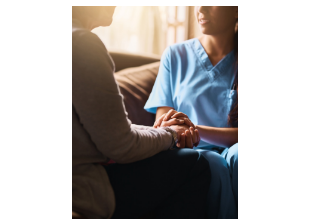 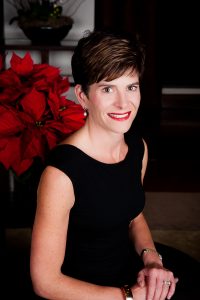 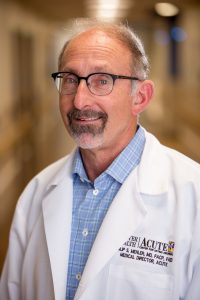 Although it only recently has been noted that patients with anorexia nervosa may recover after 20 years of illness, there is a subgroup of individuals with SEEDs (severe and enduring eating disorders) whose illness appears intractable. These individuals are no longer looking for a “cure” in the traditional sense, but for enough improvement in their condition that allows them a reasonable quality of life.

Individuals with SEEDs are often profoundly underweight—body mass index (BMI) < 13—physically disabled, and dependent on relatives or other caregivers. These individuals have exhausted many prior treatments and have not been able to maintain their weight between treatments. They may not be able to work or attend school or engage in anything but the most basic of activities. However, they can usually articulate what is most important in their lives—such as spending time with family, friends, and pets; tending to a garden; or engaging in hobbies in which they find a sense of accomplishment and peace. Quality of life is paramount, even if they cannot work or be fully independent.

Depending on their willingness to enter treatment and engage in at least some degree of weight restoration, individuals with SEEDs may choose to participate in a harm-reduction model. The goal of a harm-reduction model is to reach and then maintain a lower-than-optimal weight, rather than being subjected to prolonged hospitalization and a weight-restoration diet with the goal of achieving ideal body weight. Individuals who have endured multiple prior eating disorder treatments with minimal success, and for whom full weight restoration has not been sustainable, may be candidates for a harm-reduction strategy. Individuals who engage in a harm-reduction model are managed as outpatients once they have attained an agreed-upon body weight and are out of immediate medical danger. Individuals with a BMI lower than 13 are at the highest risk of morbidity and mortality, whereas those with a BMI higher than 16 are at the lower end of the risk spectrum.

However, aside from BMI, an individual’s risk of illness and death increases with rapid weight loss and comorbid medical problems (electrolyte abnormalities, infection, fractures, renal or hepatic failure). Individuals who receive treatment according to the harm-reduction model must schedule regular visits with their outpatient team (psychiatrist, or primary care physician, dietitian, and therapist). They should be monitored for depression, hopelessness, and suicidal ideation. Patients with chronic, severe eating disorders often feel hopeless and attempt suicide using highly lethal means because they are well accustomed to physical pain.

For individuals with SEEDs who are not willing to accede to the requirements of a harm-reduction model, and whose goals are more in line with comfort than prolonging life, palliative care may instead be suggested. The goal of palliative care is to reduce suffering through comfort care, including, but not limited to, the management of physical and psychological pain. Palliative care does not necessarily mean “giving up,” but realizing that eating disorder treatment (or even a harm-reduction model) is unlikely to prove beneficial. Individuals who decide to move forward with palliative care often have severe and intractable medical and psychiatric comorbidities. Symptomatic relief may include analgesics for pain associated with osteoporosis and stress fractures; wound care for decubitus ulcers; medications to reduce anxiety, depression, and obsessive thinking; and treatment of insomnia. Palliative care may take place in an individual’s home, in a hospital, in a skilled nursing unit, or possibly (although not necessarily) in a hospice care unit if said eating disorder reaches end stage.

When exactly an eating disorder becomes “end stage” has been a matter of considerable debate. There is a lack of clarity as to what is meant by the term “end stage” as it applies to an eating disorder, even if it is severe and enduring, as medical complications of eating disorders are usually treatable, even in their most severe form. What makes an eating disorder end stage is most often dependent on whether an individual (and his or her family) decides not to engage in further treatment. But are individuals with SEEDs capable of refusing treatment in favor of harm-reduction or palliative care or deciding that their illness is end stage?

Decisional capacity is an individual’s ability to understand information regarding his or her condition, to reason through the information needed in order to make a decision regarding his or her care, to appreciate the consequences of the decision he or she makes, and to communicate his or her choice. There is a threshold in starvation-related states in which individuals exhibit a decline in cognition because of chemical changes in their brains. Individuals with severe eating disorders are often deemed to lack capacity. Difficulties with thought processing, overvalued ideas, poor reality testing, and lack of insight are barriers to capacity. It is questionable whether individuals with severe eating disorders have the capacity to decide that further treatment is futile when the core symptom of their illness is a cognitive distortion resulting in their refusal to believe that restricting their intake is life-threatening. Stating that one wishes to live, but then rejecting lifesaving care, indicates problems with decisional capacity.

As cognitive distortions resolve with weight gain, it has been questioned whether treatment providers are obligated to treat patients so that their cognitive distortions resolve and their decision-making is no longer impaired. Involuntary treatment may be useful in some cases. However, although the clinical condition of individuals with SEEDs often meets the burden of proof required for certification, this does not necessarily mean these individuals should be certified. While incompetent with regard to decision-making capacity in the traditional sense, these individuals have lengthy experience regarding their illness and their quality of life and are able to determine whether that quality of life justifies continued attempts at active treatment or harm-reduction, palliative, or hospice care.

Courts in both the United States and the United Kingdom have differed in allowing individuals with SEEDs to refuse treatment, some mandating involuntary treatment and others deciding that further treatment is futile. Those mandating involuntary care noted that the duty to protect life trumps the wishes of an individual with inherently poor decision-making capacity. Alternately, in chronic cases, palliative care (as opposed to forced feeding) has been described as “the least worst option.”

The Academy for Eating Disorders has noted that, despite the potentially fatal consequences of an eating disorder, full recovery is possible. However, it also recognizes the role of palliative care. Some eating disorder professionals oppose palliative and end-of-life care, stating that this is a “slippery slope” that could result in all individuals with chronic eating disorders ending up in hospice or palliative care. Proponents of this viewpoint argue that when an individual’s decision-making capacity is nullified by the effects of the illness, the medical profession is duty bound to restore that individual to a state where decision-making capacity once again becomes intact. Alternately, eating disorder treatment providers are reluctant to undertake treatment that bears little hope of advancing a patient’s quality of life, opposes the wishes of the patient and his or her family, and extends a life of suffering, even if that individual’s decision-making capacity is diminished. Treatment providers also have to deal with their own countertransference with regard to “allowing” an individual with a seemingly curable illness to choose a path that leads to death, especially when the patient is young. However, these thoughts should be balanced by a careful assessment of each individual’s circumstances so that patients are not forced into an intolerable situation merely because the treatment team is uncomfortable with palliative and hospice care, and/or solely focused on the individual’s capacity (or lack thereof) without taking other information into account. Futility should be considered on a case-by-case basis and applied when considering a particular treatment intervention, at a particular time, for a particular patient. Factors that should be taken into consideration include the chronicity of the eating disorder, the importance of respecting the wishes of individuals who have insight into the effect the eating disorder has had on their lives, and the low probability of a cure at that particular point. It is also best if a decision is made at a time when the individual is competent and able to fully articulate and understand the consequences of the medical care he or she wishes to have (or reject) should the individual once again become severely ill.

Ethical decisions in individuals with SEEDs are complex because there are no clear-cut answers. Each case must be considered in a nuanced and thoughtful manner. It is paramount to assess each patient’s capacity for recovery or ability to engage in a harm-reduction or palliative care model, and also take into account the wishes of the individual and his or her family, as well as the opinion of the treatment team. Palliative and end-of-life care are, though controversial, of relevance for individuals with severe and enduring eating disorders.

Patricia Westmoreland, MD, is an attending psychiatrist at Eating Recovery Center in Denver and has a private forensic psychiatry practice. She attended medical school at the University of the Witwatersrand in Johannesburg, South Africa, and completed her residency in Internal Medicine and Psychiatry and an Endocrinology Fellowship at the University of Iowa. In July 2012, Dr. Westmoreland graduated from the Forensic Psychiatry Fellowship Training Program at the University of Colorado, Denver. She is Board certified in General Psychiatry, Psychosomatic Medicine, and Forensic Psychiatry. She is President Elect of the Colorado Psychiatric Society (CPS) and is a Colorado representative to the APA Assembly. Dr. Westmoreland is a Distinguished Fellow of the American Psychiatric Association and a councilor of the American Academy of Psychiatry and the Law. Her interests include eating disorders, psychiatric care of medically ill patients, and the intersection between psychiatry and the law.

As President of Eating Recovery Center, Philip Mehler, MD, CEDS, FACP, FAED is the designated head of medical services across Eating Recovery Center’s full National treatment spectrum. Dr. Mehler began his career at Denver Health more than 30 years ago and was formerly its Chief of Internal Medicine. He was Denver Health’s Chief Medical Officer (CMO) for 10 years until he was promoted to its Medical Director, a position he held until his retirement in 2014. He is also the Glassman Professor of Medicine at the University of Colorado School of Medicine and has conducted research into the optimal medical treatment of the most severe cases of Anorexia Nervosa and Bulimia. He founded ACUTE at Denver Health, the country’s center of excellence for those with the most extreme forms of Anorexia nervosa, and continues to serve as its Executive Medical Director. Dr. Mehler has authored 425 scientific publications, including 3 textbooks, Medical Complications of Eating Disorders, published by Johns Hopkins University Press and is now in its third edition.  His newest book was just released in November 2017. Dr. Mehler was the recipient of the Academy of Eating Disorders 2012 Outstanding Clinician Award, has been recognized among the “Best Doctors in America” for the past 22 years in a row, and was voted the “Top Internal Medicine physician in Denver” multiple times by 5280 Magazine. Dr. Mehler is a member and fellow of the Eating Disorders Research Society and the Academy of Eating Disorders, as well as a member of the editorial board of the International Journal of Eating Disorders. He has lectured extensively on the national and international level as the world’s leading medical expert on the topic of the medical complications of eating disorders.