by Ron A. Thompson and Roberta Trattner Sherman 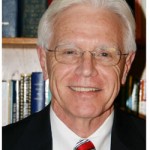 Ron Thompson – That fact that sport is so important in the U.S. probably increases the risk to athletes, especially the “good” athlete (ones that coaches are looking for based on certain personality traits). On the one hand, many people in society idolize sport heroes and have big expectations for them in terms of sport performance. On the other hand, some people view elite athletes as “privileged.” Additionally, athletes are expected to be “healthy” because of what they can do physically, and they are expected to be less susceptible to health issues. Thus, they are less often identified as having problems, especially if they are performing well in their sport. It is important to realize that the sport world is a microcosm of the larger society. What we see in society, we will also see in sport, and that includes an emphasis on weight, as well as eating disorders. Athletes are probably more at risk for developing ED because they have the same risk factors as non-athletes but also risk factors in the sport environment.

Early identification and early intervention are significant in the treatment of Eating Disorders. Can you elaborate on some of the complexities of identifying an individual with an Eating Disorders who is also involved in sports?

Ron Thompson – Athletes with eating disorders are more difficult to identify than non-athletes with an eating disorder. There are aspects of the sport environment that can complicate identification. First, there are sport body stereotypes for certain sports that athletes will be thin or have a low weight, such as distance running. Athletes who fit the thin/low weight stereotype for a particular sport are less apt to be identified. Second, in the sport world, some eating disorder symptoms are viewed as “normal,” such as amenorrhea, or in some cases, symptoms may be viewed as desirable, such as a low weight or excessive training, and thus are not identified as symptoms. Third, an athlete with an eating disorder is less apt to be identified if he/she is performing well in his/her sport because good health is often presumed with good sport performance.

Please elaborate on the terms “lean” and “non lean” sports.

Ron Thompson – Sports are typically classed as either “lean” or “non-lean.” In actuality, there are few if any sports today that do not emphasize a lean (low body fat) body. However, “lean” sports are those for which there is a presumed competitive advantage with a thin shape, lean body, and/or low weight, either in terms of a biomechanical advantage (e.g., leanness promotes better running performance) or in terms of an advantage with judges’ scoring of aesthetic/appearance sports (i.e., gymnastics). Lean sports typically include aesthetic (i.e., gymnastics, diving, etc.), endurance (i.e., running, cycling, etc.), and weight-class (i.e., wrestling, martial arts, etc.) sports. All sports not considered to be “lean,” would be considered to be “non-lean.” Although the prevalence of eating disorders is higher among lean sport athletes, body dissatisfaction and use of pathogenic weight loss methods tend to be greater in non-lean athletes. Eating disorders occur in all sports.

Can you provide some relevant statistics to help shape a context for the incidence of Eating Disorders in sports?

Ron Thompson – Everyone is always interested in the prevalence of eating disorders among athletes and probably assumes that prevalence should be relatively simple to determine. However, prevalence is a complex issue in that the research in the area is not easy to decipher. Part of the issue relates to research methodology. Many studies looked at “disordered eating” as opposed to eating disorders per se, and the definition of disordered eating was not always consistent. Additionally, many studies often used one or two subtests from an instrument such as the Eating Disorder Inventory. The best research in this regard has been done in Norway by Jorunn Sundgot-Borgen and colleagues, who usually employ a multi-tiered assessment approach, the last step of which involves being evaluated by clinicians experienced with eating disorders. One of her studies reported the highest prevalence rates of any study with 1/3 of elite female athletes having a diagnosable eating disorder, with the lean athletes with eating disorders at almost 47% and non-lean at almost 20% (Torstveit, Rosenvinge, & Sundgot-Borgen, 2008). In an earlier study (Sundgot-Borgen & Torstveit, 2004), 8% of elite male athletes had eating disorders. In the U.S., Trent Petrie and colleagues have done the most and best work but the prevalences reported were much lower with 2-7% of college female athletes with an eating disorder as compared to 1% of their male counterparts. Regarding prevalence, are eating disorders more prevalent among athletes than non-athletes? The answered is probably “yes.” Athletes are certainly more at risk and eating disorders are more prevalent among lean female athletes than non-athletes.

How does the competitive drive and spirit necessary in an athlete/sports participant impact Eating Disorder treatment?

Ron Thompson – The competitive drive in athletes can be very helpful to an athlete in treatment. They tend to be perfectionistic, hard-working, and are “coachable.” The traits that make them good athletes can also assist them in treatment if used properly by a therapist who has experience and expertise in working with both athletes and eating disorders. Motivation is often the most difficult part of eating disorder treatment. With athletes, we have/use the lure of sport participation in our Victory Program as motivation. A recent study (Arthur-Cameselle & Quatromoni, 2014) found that the desire to be healthy enough to return to their sport provided the most significant motivation for recovery by athletes in treatment for an eating disorder.

Coaches of athletes, elite and non-elite, often have a tremendous influence on the individuals they guide. Can you please site some of the theories and “do’s and don’ts” for coaches?

Ron Thompson – My message to everyone involved when an athlete is diagnosed with an eating disorder is that the athlete must be in treatment. Because athletes represent a special subpopulation of eating disordered patients, it is important that the athlete see an individual who is not only experienced in treating eating disorders but also has experience with athletes. It is imperative that the treatment providers not only understand but appreciate the importance of sport in the life of a serious athlete. If the athlete’s disorder is such that sport training or competition can increase his/her risk, then sport should be withheld until the athlete has made progress in treatment such that at least modified training will not increase the individual’s risk. Return to sport should be used to motivate the athlete.

This book can be purchased by clicking the link below –