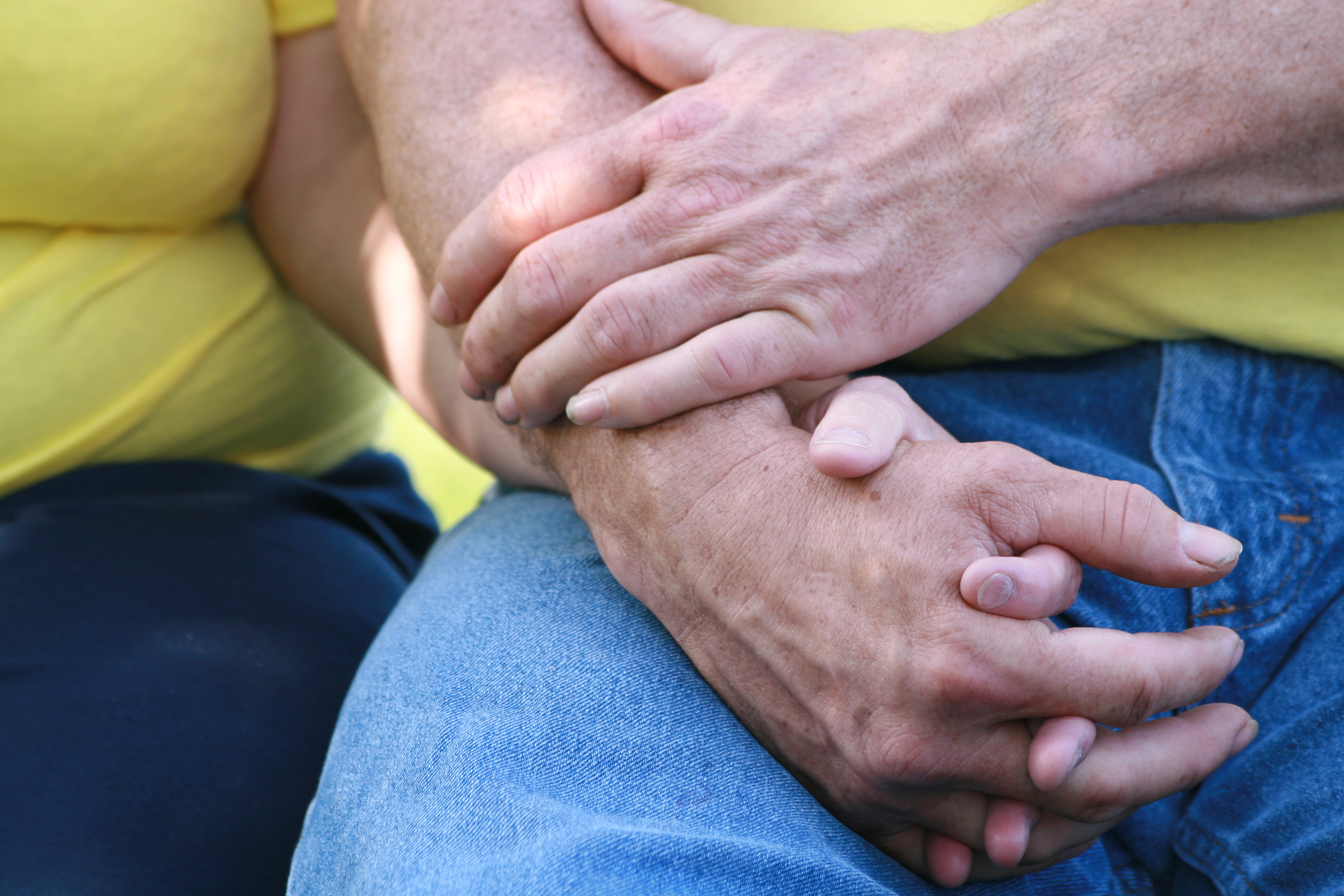 By June Alexander
An abridged version of this article appears in the 2014 Gurze-Salucore Eating Disorders Resource Catalogue.

Caring for a child with the eating disorder Anorexia Nervosa is one of the most demanding and difficult challenges a family and therapist will face. This serious brain disorder creates havoc in families everywhere, bursting like a tsunami into previously peaceful, contented, happily functioning homes—the force and magnitude being much greater in families already experiencing stress. As the illness takes hold, the child becomes afraid to eat, does not understand he or she is sick (therefore ignoring pleas to “just eat” and “get well”), and develops an amazing array of devious tricks and behaviors to avoid effective treatment. Behavior symptoms fool unsuspecting, caring parents, and soon everyone in the family is affected.

The good news is that steps can be taken to outsmart the illness and enhance opportunities for recovery. Most important is early intervention with family-based treatment. Family-based treatment is an evidence-based, intensive outpatient treatment that considers parents as an essential resource in integrating the medical, nutritional, and psychological aspects of care. This approach offers the best outcome and chance of full recovery. “Family” usually comprises the mother, father, and siblings. However, the term “family” can comprise any combination of loving and committed adults. The family engaging in family-based treatment can include parents, stepparents, long-term significant others, siblings, grandparents, aunts, and uncles.

The treatment comprises three main steps. First, parents or caregivers play an active and positive role in helping to restore the child’s weight to normal levels; second, they hand the control over eating back to the adolescent; and third, they step back and encourage normal adolescent development. Implementation requires a team approach, with a pediatrician working as a consultant to the therapist (whether the therapist is a psychologist, psychiatrist, licensed clinical social worker, or other therapist). Anorexia nervosa is lifethreatening, so a pediatrician can help to monitor the child’s health; provide nutritional information if needed; decide the appropriate time to return to normal activities, such as gym class and sports teams; and help to determine a healthy body weight. Each week, the therapist will want to meet with everyone who lives with the child with the eating disorder.

All caregivers on the same page

Also, the therapist might want to meet with people who are involved in caring for and feeding the child, but who do not live with the child with the eating disorder. For instance, if grandparents care for the child after school, or if there are no siblings and support is needed from close friends, it could be important for these people to join a few sessions to learn more about the treatment. All caregivers are enlisted to be on ‘the same page’ with each other in the way the disorder is viewed and treated, and siblings and supportive peers play an important role in maintaining a sense of everyday normality.

Even when both parents are present, Anorexia Nervosa can involve horrendous times. In My Kid is Back-Empowering Parents to Beat Anorexia Nervosa, Jennifer describes her daily struggle in the first phase of weight restoration with her 17-year-old daughter, Claire:

At 5 p.m. we could be waiting for Claire to eat breakfast—two whole mouthfuls of cereal. We actually would have intended for her to eat a full bowl but would have negotiated down to two mouthfuls. One day during the first week of treatment we got to 5 p.m. and she had not eaten ALL day. She was due to start her part-time job at a pharmacy at 5 p.m., and we said that unless she ate those two mouthfuls we would have to call her employer and say she couldn’t go to work. In the past she had eaten in response to this strategy but this particular day she refused.

We felt awful but had to keep our word and cancel her shift.

Eventually she ate one mouthful of cereal, but too late to go to work. That was a stand-up, drag-out day.

We had phoned our therapist around noon to say: ‘We are sitting here, encouraging Claire to eat breakfast and it is not happening. We want to know, how long do we need to sit?’ And the therapist patiently replied: ‘You have to sit just a little longer

than the illness’. One part of me wanted to reach through the phone and hit the therapist, 300km away, and the other part said: ‘Okay, we have to be more determined, and however long the illness hangs out we will hang out longer’.

Family life revolved around Kylie’s next meal or snack. Her grandparents lived nearby and wanted to help. They looked after her for a few hours one day and Kylie was to drink a strawberry milkshake as a snack. When parents Sean and Naomi returned home the grandparents said proudly that Kylie was excellent and had drank all her shake. But Naomi found traces of strawberry in the bathroom hand basin. The manipulative Anorexia Nervosa had outsmarted her loving grandparents.

Knowledge is power in defusing the symptoms of Anorexia Nervosa and reducing its impact on not only the sufferer but also their entire family. Awareness of traits and behaviors, signs and symptoms, is a great first step for anyone involved in the care of a child or adolescent with this illness.

The eating disorder, which has the highest mortality of any mental illness, is usually first diagnosed in adolescence and affects as many as two per cent of young women and one per cent of males.

The illness is characterized by not only a fear of eating, but also a fear of fatness that results in relentless attempts to lose weight. As a psychiatric disorder, it often coexists with other psychiatric conditions such as poor social functioning, low self-esteem, co-morbid substance abuse, mood disorders and anxiety disorders.

Families are not to blame

It is very important that families and carers do not blame themselves for the illness.

Dr Ivan Eisler, head of the Child and Adolescent Eating Disorder Service at the Maudsley Hospital in London, explains that anorexia nervosa can develop in many different types of family:

“Understanding the family context remains important, not because it gives us answers to why someone developed anorexia nervosa, but because we need to understand how the family gets caught up in the problem,” Dr Eisler says. “The illness undermines the family’s usual coping skills, and it magnifies common problems or indeed normal variations in the way families function to the point where what they do may seem strange, bizarre and difficult to comprehend. Families do not cause eating disorders but they get caught up in the problems and get stuck. Family-based treatment is therefore not about changing families but about helping them to get unstuck; helping them to rediscover their strengths and how they can best use these to help their child.”

I was only eleven and am very grateful to my parents for persevering. Without them, I would have struggled to recover, because this illness was stronger than my will. Anorexia ‘just happens’. You certainly don’t ask for it. I can tell you that it is full of pain and misery. However, if someone had said that when I became anorexic, my illness wouldn’t have listened. So mothers and fathers must be alert. I am so glad to have my parents and caring teachers. You need at least the equivalent of a caring mother and father because they need to be on board 100 per cent of the time to help you recover. I say this because during my recovery I looked for any chance to feed my illness rather than me—like, at school when someone wasn’t keeping watch, I would tip the chicken out of my sandwich.

Family-based treatment assumes that no one knows and cares for their children as well as parents or carers. The therapist’s task is to empower the parents and carers and help them discover and learn skills so they can take best care of the children.

Anorexia Nervosa often starts with dieting episodes that progress to life-threatening starvation. Symptoms include a significantly low weight or refusal to maintain a healthy weight; an over-valuing of thinness – constantly weighing oneself – and a perception of being fat when actually quite emaciated.

A parent or carer should take a child to the doctor for a consultation as soon as they notice or suspect the first signs of Anorexia Nervosa. They should trust their parental instincts and not wait until the child meets all criteria for diagnosis.

Early signs of Anorexia Nervosa may include:

A child might exhibit picky eating (only eating ‘healthy foods’), visit the bathroom immediately after eating (for purging) or miss a period.

Significant weight loss; signs of binge eating or purging episodes; discovery of diet pills or laxatives; exercising to excess or in a driven way for more than an hour a day; refusing to eat non-diet foods; preparing own foods, weighing and measuring portions; becoming withdrawn, and persistently counting calories.

In this book 10 families share their experiences of living with Anorexia Nervosa. Parents describe their frustrations in seeking help for their child and dealing with their behavior and sufferers discuss how the illness gets into their mind and takes over their personality.

By focusing on the family-based treatment and expert advice from Professor Daniel Le Grange, and including clear lists of illness symptoms, strategies for parents and carers to follow, this book proves an essential resource for families who want to help their child recover from Anorexia Nervosa.

The National Institute for Health and Clinical Excellence (NICE): www.nice.org.uk

Surviving an Eating Disorder: Strategies for Family and Friends Interview

The Eating Disorder Trap: A Guide for Clinicians and Loved Ones Interview