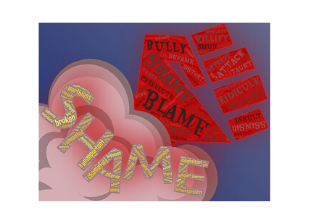 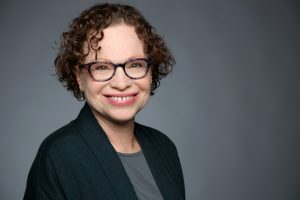 I believe that shame is the most insidious part of the diet/binge cycle. In our diet culture it’s commonplace for people to walk around with an underlying and persistent feeling that something is wrong with them, and that they are to blame. A pervasive sense of loathing seeps into the core of their being. This body hatred is culturally induced, and, as we discuss in The Diet Survivor’s Handbook, “the act of dieting mirrors the notion that you are either a good person because you are dieting or a bad person because you have broken your diet.”1 Diet failure is almost always guaranteed; research tells us that the majority of people will gain back the weight and one-third to two thirds will end up higher than their pre-diet weight.2 The natural reaction that follows a diet – overeating or bingeing – only serves to confirm that something is intrinsically wrong, deepening the sense of shame. As one client related, “I felt desperate to lose weight so I could finally feel good about myself. I got so many compliments while I was dieting. But when the weight came back everyone was silent. I felt so ashamed.”

My co-author, Ellen Frankel, LCSW, and I previously used the phrase culturally induced body hatred to describe the shame people feel as the result of exposure to messages about the value of thinness. But over time the language has changed, and we now refer to internalized weight stigma. You only have to think about the pleasure a baby takes in exploring their fingers and toes, or observe the joy of a toddler who is running, skipping or jumping to understand that body hatred is learned. The weight stigma that abounds in our diet culture becomes woven into the brain, fueling the shame-based pursuit of weight loss that results in physical and emotional harm.

Yet despite the persistence of diet culture, we’re seeing more of an outcry when fat shaming occurs. At the same time, internalized weight stigma runs so deep that it can leave the very people fighting against it complicit in perpetuating weight stigma even when they mean well. Take the recent late night host controversy in September when Bill Maher gave a monologue proclaiming, “Fat shaming doesn’t need to end. It needs to make a comeback.” His offensive statements led James Corden, a higher weight talk show host, to speak out. (We are not sharing links to either video because they both perpetuate weight stigma.)

James Corden’s response is a perfect example of how internalized weight stigma functions. Even as he gets some messages right, sadly, he gets much wrong too. Corden contends, “There’s a common and insulting misconception that fat people are stupid and lazy, and we’re not.” That statement is an excellent rejection of the stereotyping that creates weight stigma. But then he goes on to say, “We get it, we know. We know that being overweight isn’t good for us and I’ve struggled my entire life trying to manage my weight and I suck at it. I’ve had good days and bad months.” Humor aside, this comment reinforces the notion that weight is a good indicator of health and wellbeing, and that it’s important to keep trying to lose weight no matter the costs. It ignores the research that consistently shows that at a population level, people in the “overweight” category for BMI actually live the longest.3 In fact, the term overweight in and of itself is shaming as it indicates that there is a correct weight for someone to be, rather than embracing the notion that human bodies come in all shapes and sizes.

James Corden also says, “Bill, I sincerely believe that what you think you’re offering here is tough love and you’re just trying to help by not sugarcoating reality for fat people, even though you know how much fat people love sugarcoating things.” Here we have Corden buying into the myths that fat is bad, that higher weight people are fat because of what they eat, and that sugar is a bad food. All of these beliefs are grounded in diet culture and only serve to fuel the shame people feel about food and weight when their bodies don’t conform to the cultural ideal.

I have no doubt that James Corden means well. The good intention is there, but so is the impact of harm to viewers—both to those fighting against weight stigma and to those who don’t know any better. In between some laughs, I felt sadness at the depth of his own internalized weight stigma, which manifests in the shame within his closing statement: “I will keep trying all the time. I am aware today that this will be a struggle that I face for the rest of my life.”

There is a way out of this struggle and this shame. Getting off the diet/binge cycle and becoming an attuned/intuitive eater allows people to develop a nourishing and peaceful relationship with food. The Health At Every Size® framework offers a way for people to take care of their bodies without a focus on weight and, from a social justice perspective, to challenge systemic oppression so that all bodies are treated with respect.

In his closing statement directed to Maher, James Corden advises, “In the meantime, Bill, while you’re encouraging people to think about what goes into their mouths, just think a little harder about what comes out of yours.” I want to ask all of us to do that. We all need to reflect on our own biases toward body size and any internalized weight stigma we still hold. There is no way to be part of this culture and be exempt from it, so we need to actively examine our own attitudes in order to reject its hold on us and to make sure that we’re not complicit in perpetuating fat shaming, even if we don’t mean to do so.

Judith Matz, LCSW is co-author of Beyond a Shadow of a Diet: The Comprehensive Guide to Treating Binge Eating Disorder, Compulsive Eating, and Emotional Overeating and The Diet Survivors Handbook: 60 Lessons in Eating, Acceptance and Self-Care, and author of Amanda’s Big Dream. Judith is a popular speaker at national conferences and offers trainings on the topics of Binge Eating Disorder, emotional overeating, chronic dieting and weight stigma throughout the US. Descriptions of her work been featured in the media including the New York Times, LA Times, Psychotherapy Networker, Self, Shape, Today’s Dietitian and NPR. She has a private practice in Skokie, IL. and is co-author of the upcoming The Body Positivity Card Deck, (PESI Publishing, Spring 2020. More info at www.judithmatz.com