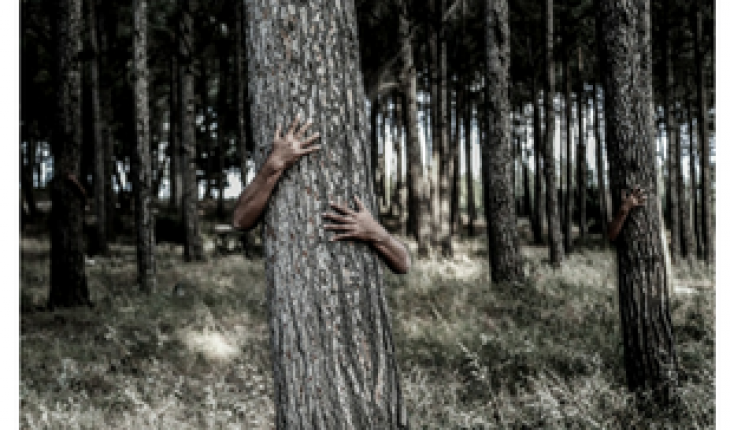 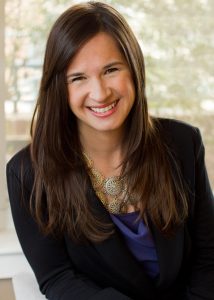 As a clinician who treats adults suffering from eating disorders, I hear a lot of stories of childhood trauma. More often than not, clients speak of histories that include ongoing physical or sexual abuse, often at the hands of a caregiver, or significant neglect. It was through their eating disorders that my clients were able to endure the pain of their experiences, and the work we do together involves not only healing from their disordered behaviors, but from the trauma that contributed to the disorder’s onset.

But what about the clients that come in saying they don’t have trauma? The ones that come from loving families who have offered their support and encouragement in the recovery process? The ones that feel shame for believing they don’t have a “good reason” for their eating disorder which compounds the guilt they have for the pain they have caused their loved ones. The truth is, I have never met a person with an eating disorder that did not have a really good reason for having one. However, sometimes that “good reason” may be hidden in the shadows of their eating disorder, and it is only after we shine the light on their experiences that a new narrative begins to unfold.

The word trauma elicits different meanings to different people, but in the most basic terms, trauma as defined by Webster’s Dictionary is:

A: an injury (such as a wound) to living tissue caused by an extrinsic agent

B: a disordered psychic or behavioral state resulting from severe mental or emotional stress or physical injury

Though these definitions leave room for broad interpretation, it might be safe to say that trauma includes any experience that involves a real or perceived threat to one’s own life, or to that of a loved one. Now let’s look at that definition through the lens of a child’s experiences.

Human beings are born defenseless and dependent. Unlike a wildebeest on the Serengeti who must be able to get up and run with the pack within minutes of being born or perish, we need years of physical and emotional nurturing before we can begin to fully protect ourselves and meet our own needs. Our survival is utterly dependent on those charged with caring for us. Accordingly, if we believe we may be rejected by our caregivers for any reason, we may perceive, at least on an unconscious level, that our very survival is at risk.

Dan Siegel, a psychiatrist whose research and clinical work has focused on interpersonal neurobiology, the impact of attachment on physiological and psychological functioning, and the developing mind in children and adolescents, likes to refer to the S’s of attachment: letting kids feel Seen, be Soothed, feel Safe, and feel Secure in their attachments to their caregivers and, in turn, secure in themselves. (Siegel, 2013). When I begin to explore these themes with my clients, it quickly becomes clear that not only were there deficits in one or more of these areas, but also how these deficits became internalized as “it is not safe to be me”. Instead, they learned how to be who they were expected to be in order to ensure the preservation of their connection with their caregivers. Of course, most parents love their children unconditionally and would not consciously withhold love in order to elicit certain behaviors. Parents are usually well meaning and want the best for their children, but how that gets defined varies from family to family and within a greater cultural context. When a parent is demanding and expects nothing less than high achievement and perfection, or a parent is physically present but unavailable emotionally, the child then learns that their own needs are unimportant and has to change who they are in response to their caregiver’s needs.

As noted by Sue Johnson, founder of Emotion Focused Therapy (EFT) which is based on the need for secure human attachment, “Attachment theory describes and explains the trauma of deprivation, loss, rejection, and abandonment by those we need the most and the enormous impact it has on us.” (Johnson, 2004). Though not all of my clients identify with having experienced trauma, most of them believe they are constantly on the edge of being rejected by those they love the most. Because human beings evolved in cooperative, social environments, being rejected, or separated from the tribe, so to speak, meant certain doom.

In the United States, we tend to value independence, financial and material success, compliance, and low emotionality. Accordingly, we foster these values early in our children. However, in doing so, we may be denying the basic characteristics inherent in children — dependence, imperfection, vulnerability, spontaneity, and inherent value. If a child is taught to ignore these parts of themselves, they may continue to get the approval and love from their caregivers, but it is often accompanied by the feeling that they will not be loved if they are truly themselves. The longer this continues, the greater the belief that “It is not safe to be me” and the more one may have to resort to maladaptive, self-medicating behaviors to dull the pain of rejection they may be experiencing. Rejecting themselves becomes central to “fitting in” with others.

A common adaptive response to experiencing trauma is a splitting off from the self. This is usually referred to as dissociation, and the function of dissociation in the context of trauma is to separate oneself from the experience of pain. If you think about this on a more basic, animalistic level, it prevents a prey animal from experiencing the pain of being eaten alive. In human terms, we often hear this described as experiencing a traumatic event as though one is outside of oneself, observing the act being done to some other body, rather than one’s own. It is this ability to split off from oneself that allows us to survive horrific events, and often go about one’s life even when the trauma is ongoing. But, I believe it doesn’t take just overt trauma like acts of violence or sexual abuse to create a splitting off from self. This can also occur in more subtle but ubiquitous experiences that, over time, can elicit a sense of threat to safety and survival just by the mere act of being oneself. If we return to the notion that trauma can be defined by a real or perceived threat to safety, what can be more traumatic than being permanently stuck in a self that is perceived as not safe.

Although there are many commonalities among my eating disorder clients, one experience that is nearly universal is a profound sense of loneliness. This is true whether they live alone and have little interaction with others, or they are surrounded by loved ones such as friends, family, a spouse, and children. Often this loneliness has been present for as long as they can remember, and their eating disorder has been one way they have learned to cope with the pain that comes from it. Janina Fisher identifies the eating disorder part as the ‘Flight’ part — the part of the self attempting to escape the pain of their trauma, and the part that is split off from what Fisher describes as the “Going on with Normal Life” part of the self. (Fisher, 2017). Eating disorders are a disease of disconnection. In order to engage in eating disorder behaviors, whether it’s through restricting, purging, or binging, one has to disconnect from oneself, disconnect from what the body wants and needs. The eating disorder also disconnects individuals from those around them. In addition to helping the self disconnect from the part of the self carrying the pain, the eating disordered part, though often unintentionally perpetuating the loneliness, also becomes a sort of constant companion. I often compare an eating disorder to an affair partner. It becomes a constant preoccupation, distracting the sufferer from the very people with whom they may long to have a closer relationship. To that end, ED is both the source of relief and the source of pain for the person who is beholden to it.

Though symptom reduction is a primary goal at the onset of treatment, part of the early work I often do with my clients is exploring who their core selves are and beginning the process of reconnecting with the parts of themselves that have been banished — or in the context of Internal Family Systems, exiled. (Schwartz, 1995). More often than not, my eating disorder clients have little idea about who they are, and we use curiosity to explore their identities and get to know their different parts. We then begin the process of learning how to re-parent themselves, developing a more nurturing relationship with all parts of the self in the process. This involves a combination of observing thoughts without judgement, developing positive self-talk, engaging in self-care practices, learning appropriate limit setting, establishing healthy boundaries, practicing vulnerability, and tapping into the inherent creativity we all have. By modeling a safe, non-judgmental, curious, and nurturing stance towards my clients, they learn to practice a new approach toward themselves, forming a different, more compassionate relationship with the parts that were previously experienced as shameful, unworthy, unlovable, or unsafe. The more they learn to recognize and welcome all parts of themselves into the greater whole of who they are, the less they need their eating disorders.

Michelle Cantrell is a Licensed Professional Counselor working in private practice in Herndon, VA. She works with adults seeking recovery from eating disorders, trauma, and relationship difficulties. In addition to her experience and training in the treatment of eating disorders, Michelle is trained in Eye Move Desensitization and Reprocessing (EMDR) and the Post Induction Therapy model developed by Pia Mellody. For more information about Michelle’s practice, visit www.michellecantrell.com.