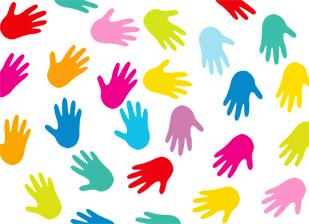 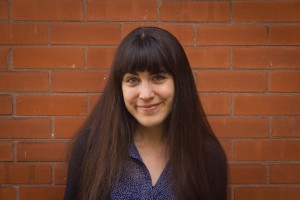 Eating disorders are too often represented as disorders that are the sole purview of thin, white, young, able-bodied, heterosexual, cisgender women. We rarely see people who have experienced marginalization speaking about their experiences of eating disorders, presenting to treatment, or sharing perspectives on recovery, despite the increasing awareness that anyone might suffer from an eating disorder. Rather than using this as evidence that these individuals do not get eating disorders, it can be helpful to take a bird’s eye view on systemic structures that invite and legitimize certain stories over others.

In a world that systematically oppresses certain bodies—tells them they are wrong, unwelcome, less-than—we cannot expect that all people will feel equally safe sharing their stories. As much as we might invite new representations of eating disorders, we sometimes forget that it is easier to speak about eating disorders and recovery when you have been diagnosed, had access to treatment, and are considered conventionally recovered, into a body that society deems to be healthy and beautiful. If you have missed one or several of these steps, sharing your story can be dangerous.

In general, people with eating disorders are framed as untrustworthy storytellers, unless they look the way society wants them to. People in recovery from eating disorders enter their recoveries in a world that issues health dictates for people in general that often conflict with what they are told in treatment. Further, they enter their recoveries in a world where a glance at Instagram or other social media sites reveals a perfect, sunshiny place of recovery gilded with blond young women on beaches, loving their bodies. In the research literature, recovery is often defined as existing between a BMI of 20 and 24, as if attaining a body weight above 24 results in a net loss of recovered status—a definition steeped in unconscious weight bias. There is also a focus on no longer fitting the DSM criteria for an eating disorder, a stipulation that neglects that some people were never diagnosed in the first place. Many—most notably marginalized folks—face significant barriers to treatment including lacking medical training in eating disorders amongst those in non-normative bodies, the time, energy, and money often required to attend treatment, and the cultural differences that may make traditional treatment structures unhelpful for those in marginalized bodies.

If we cannot represent recovery as diverse and inclusive as a research and treatment community, how can we expect that media will be able to do so? If we consistently exclude people in larger bodies, people of colour, older people, non-heterosexual folks, people of various genders, and people with disabilities from our research studies by too narrowly constituting what we mean when we say “eating disorder” and “recovery,” how might we push representations to a place that recognizes the full diversity of struggle?

Our task, as a field, is to hold both ourselves and the media that reports on our phenomena of inquiry and expertise to a higher standard of inclusiveness. We need to reach out to communities not normally included in research to participate in truly collaborative research projects that honour their stories and recognizes that their responses on standardized questionnaires may differ from what we expect. We need to recognize that the very instruments we use to diagnose eating disorders were built on samples that largely replicate deeply held stereotypes about people with eating disorders. We need to look for ways of welcoming diverse bodies into prevention, research, and treatment by de-colonizing treatment programs, mandating anti-oppression training, and recognizing how and where our own biases as eating disorder professionals impact the way we do our work. We need to listen to those who have not been heard and truly make space for their experiences, avoiding becoming defensive about times when we have failed marginalized communities. When we address—and continue to evaluate on an ongoing basis—our own biases, we can more consistently and comprehensively push back against stereotypically narrow representations of eating disorders in the media. It begins with us. It begins with listening.

Andrea LaMarre, MSc. is a PhD candidate (ABD) in the Department of Family Relations and Applied Nutrition at the University of Guelph. Her research is focused on the experiences of people in recovery from eating disorders and their supporters. Over the course of her graduate studies, Andrea has delivered over 50 presentations at national and international conferences and published 20 articles and book chapters about mental health, eating disorders, methodologies, and knowledge dissemination. She is active on social media through her personal account, as well as being the chair of the Association for Size Diversity and Health’s social media committee and a member of the Academy for Eating Disorders social media committee. She has also written over 80 blog posts for Science of Eating Disorders and other websites. Her research has been funded by the Canadian Institutes for Health Research and the Ontario Women’s Health Scholar’s Award.