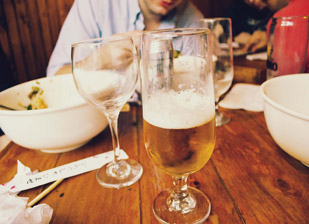 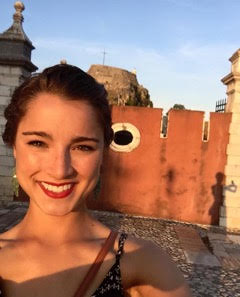 The connection of eating disorders and drinking behavior

Eating disorders (EDs) pose a serious threat to physical and mental wellbeing. Anorexia (AN) is characterized by extreme diet restriction and fear of weight gain, bulimia (BN) by vicious binge-purge cycles, and binge eating disorder (BED) by frequent binges, or consuming very large quantities of food while feeling a loss of control over one’s action. Individuals experiencing significant distress and impairment from maladaptive thoughts and behaviors related to eating, food, or body image but who do not meet criteria for AN, BN, or BED may also be diagnosed with Other Specified Eating and Feeding Disorder (OSFED). Moreover, EDs do not always occur in isolation. The complications associated with eating disorders can be exacerbated or prolonged when combined with alcohol misuse and binge drinking. In fact, eating disorders are highly comorbid with substance use disorders, particularly alcohol use disorder.[1] This co-occurrence, however, varies across diagnostic subtypes. For example, research studies have found that individuals with BN may be up to three times more likely to report alcohol misuse problems than women without BN.[2] Among individuals with AN, those with binge-purge subtype endorse higher rates of alcohol abuse (22%) compared to restricting subtype (12%). Research has also identified biological factors that may partly account for the relationship between the two disorders. Recent genetic analyses have observed strong genetic overlap between bulimic behaviors (e.g., binging and purging via vomiting, laxative use, excessive exercise, or diet pills) and problematic alcohol use[3] and alcohol dependence.[4],[5] Brain imaging studies have shown similar patterns of activation in executive control and some reward regions of the brain in alcohol use disorder and BN/BED.[6]

In addition to the link between EDs and alcohol use disorders, disordered eating may be particularly associated with binge drinking[7],[8], especially in college-aged students where drinking culture is often emphasized. The National Institute on Alcohol and Alcoholism defines binge drinking as a pattern of drinking alcohol that brings blood alcohol concentration (BAC) to 0.08 gram percent or above, typically 5 or more drinks for an adult male or 4 or more drinks for a female, in about 2 hours. Binge drinking has also been linked to short- and long-term negative outcomes, such as physical assault, unwanted sexual experiences, higher risk of alcohol dependence, and college drop-out.[9],[10] According to a study of over 4,000 college students, 53.5% of males and 42.9% of females reported binge drinking, and 17.1% of males and 19% of females reported both binge drinking and disordered eating.[11] Furthermore, as dieting and binging severity in women increases, the risk of consuming five or more drinks on one occasion also increases.[12] Those college students who purge report significantly more binge drinking episodes as well as negative consequences as a result of binge drinking.[13],[14] Finally, binge drinking has been linked to common features of EDs other than weight control methods, such as body dissatisfaction[15] and concerns regarding muscularity, particularly in males who take supplements to enhance their physique.[16]

In addition to the underlying genetic and neurological factors that may predispose an individual with disordered eating to binge drink or develop alcohol dependence, certain personality characteristics may contribute to the co-occurrence of these behaviors. In particular, the relationship of bulimic symptoms to problem drinking may result from high levels of one specific type of impulsivity, negative urgency. Impulsivity is commonly broken down into four facets[17]:

Studies of binge drinking and problematic alcohol use have found that binge drinking, independent of alcohol dependence, is most associated with sensation seeking, especially in adolescents.[18] Problematic alcohol use (i.e., dependence and increased negative outcomes due to alcohol consumption), on the other hand, is most related to urgency.[19] Likewise, bulimic behaviors are associated with negative urgency.[20],[21] Although binge drinking itself may be more related to sensation seeking initially, the negative mood relieving effects of alcohol may lead individuals to then start using alcohol as a coping mechanism, just as people use binge eating or purging to relieve negative affect. In fact, high levels of negative urgency differentiate those with bulimic and problem drinking behaviors from people who do not engage in either behavior.[22] In sum, while sensation seeking is more related to binge drinking than the other facets of impulsivity, urgency may be more related to the combination of problem alcohol use and disordered eating behavior[23], suggesting that the inability to cope with high emotional states may predispose individuals to disordered eating and binge drinking. Individuals who binge eat and who abuse alcohol are also more sensitive to rewarding stimuli such as cues for drinking and eating.[24],[25] This sensitivity to reward may enhance people’s vulnerability to alcohol misuse and binge eating when they feel distressed.

Although alcohol use disorders have primarily been linked to bulimic behaviors, some research suggests that individuals may engage in purposeful diet restriction prior to drinking in order to control their weight and become more drunk more quickly. Dietary restraint has been linked to binge drinking[26], and recent work characterizing the compensatory behavior of college students in response to alcohol consumption found that of those who endorsed engaging in compensatory behavior at least 25% of the time before drinking alcohol to account for the calories consumed, 43% of women and 13.7% of men reported restricting food intake during one or more meals before drinking. A follow-up study also found that scores measuring compensatory behaviors in response to alcohol consumption were significantly related to frequency of binge drinking, which suggests that those who actively try to monitor their weight by restricting their food intake may be more likely to engage in binge drinking.[27] The phenomenon of “Drunkorexia” or manipulating food intake and exercise behavior in response to or in anticipation of alcohol consumption is a very real concern on college campuses, as it enhances the psychotropic effects of alcohol and increases the likelihood of adverse events following drinking, such as blackouts, injury, and unwanted sexual experiences.[28],[29],[30]

Binge drinking and disordered eating alone pose serious health concerns and together present an even greater risk factor for negative outcomes. Clinicians working with individuals with EDs or with alcohol abuse should be aware of the high rates of co-morbidity of these disorders and assess for outcomes related to both types of behaviors. For example, clinicians working with clients who restrict eating should ask about how much alcohol they consume and assess whether they experience adverse effects from alcohol because of their low caloric intake. Clinicians working with individuals who abuse alcohol should also assess for binge eating and compensatory behaviors and further examine whether alcohol use increases clients’ vulnerability to binge episodes.

Paige Trojanowski is a rising second-year graduate student in the Clinical Psychology Ph.D. program at George Mason University. Her advisor is Dr. Sarah Fischer, who runs the Fischer Impulse Lab there. Previously, she received her B.S. in Neuroscience at The Ohio State University, where she graduated with “Honors Research Distinction” for her thesis on glial neuroinflammation following peripheral infection, working in the lab of Dr. Jonathan Godbout. Her current research interests include the underlying personality and neurobiological factors that contribute to both problematic drinking, disordered eating, and compulsive exercise. In addition to research and clinical skill development, Paige is active in raising ED awareness in the community and is a member of the planning committee for the annual D.C. National Eating Disorders Association Walk.

[25] Gearhardt, Boswell, and Potenza, “Neuroimaging of Eating Disorders, Substance Use Disorders, and Addictions.”