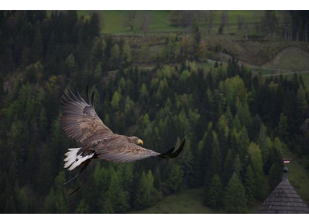 I’ve struggled along the spectrum of eating disorders most of my life into my mid-40’s. Now 54 and with 20+ years of involvement in the eating disorders field as both a volunteer and professional activist, I am tackling what I believe is, for me and many others, one of the most common foundations upon which eating disorders can develop and be maintained: weight stigma and discrimination.

One of the ways in which BFP will carry forth its mission is through an effort to encourage states and the federal government to add weight/height to anti-discrimination laws as protected characteristics/categories. This is an area of interest discussed in fat acceptance and certain eating disorder circles for years, but without a coordinated nation-wide effort. Studies by Rebecca Puhl, PhD at University of Connecticut’s RUDD Center for Food Policy and Health consistently indicate that Americans overwhelmingly support proposed laws prohibiting weight discrimination and a recent international study produced similar support.1

Currently Michigan is the only state that includes such a statute on its books.  It enacted the Elliott-Larsen Civil Rights Act in 1976 and prohibits all employers from committing discrimination based on weight. Several municipalities and local governments also have determined that weight is a protected characteristic or category, and the state of Washington has interpreted its disability law to cover discrimination based on weight as well.

The local and state level efforts are an excellent example of grassroots change, and it is heartening to see individuals and groups working with their government representatives to bring dignity and compassion to higher weight people who have suffered greatly in a world that works to fit people in to a very narrow definition of size rather than accommodating the full spectrum. We believe it is time to coordinate a much broader effort and are prepared to take this action.

BFP will build on the work by fat activists and their grassroots movements that have challenged weight stigma and discrimination for more than half a century. With almost 50% of people in the United States now considered higher weight, it is time to formally address the civil rights of individuals and end the legal discrimination of body size in healthcare, public spaces, employment, housing, education, etc.

BFP will house a weight discrimination coalition, the brainchild of co-founder Joslyn Smith, which will include member individuals and organizations dedicated to ensuring an end to weight-based inequities and work in tandem with staff and the board of directors to advocate for this important addition to anti-discrimination statutes. We look forward to introducing our partner organizations committed thus far during our official launch this fall. For the future, we believe it will a surprise to some how important this issue is to a range of partners who will join us over time including large corporate employers, healthcare and public health organizations, trade unions, academic institutions, foundations, non-profits, and societies to name a few. This is a broad effort that will bring many groups together.

Being a part of BFP is a privilege and humbling because at its core it is about the dignity of people. This project will go far beyond the field of eating disorders and its limited scope of action for people of higher weights. We will center those for whom intersecting oppressions work to complicate body size and increase the impact of discrimination, and continue to remain hopeful that one day the field will begin to understand the lasting impact of weight stigma & discrimination on every person with eating disorders.

BFP’s web site will be live in the fall of 2022 and can be found at www.bodyfreedomproject.org. In the meantime, follow me at the following for updates leading up to our official launch.

With over 20 years of experience, Chevese Turner is an internationally recognized activist and advocate, speaker, policy influencer and movement-builder who dedicates her ability to make significant social change on intersectional social justice issues including eating disorders, weight stigma and body size discrimination.

Turner recently co-founded The Body Freedom Project which is focused on improving the lives of people by ending body size discrimination, harassment, bullying and stigma through awareness, education, and advocacy. She also founded the Binge Eating Disorder Association (BEDA) in 2008 and managed its merger with the National Eating Disorders Association (NEDA) in 2018 after a successful 10 years which included the addition of Binge Eating Disorder (BED) in to the Diagnostic and Statistical Manual’s 5th Edition (DSM-5), published in 2013. Because of BEDA and Turner’s insistence on shining a light on BED, those struggling with the most common and underdiagnosed eating disorder finally had hope of recognition and access to care.

Turner’s dedication to public health began during her time in the regulatory and legislative settings ensuring cancer patients had ongoing access to critical treatments. She continues to grow as an activist and believes the future success of healthcare will be determined through a health justice approach that considers the impact of structural, social, and cultural bias, including weight stigma and discrimination, on the design and implementation of measures to reduce health disparities.

Turner is the co-author of Binge Eating Disorder: The Journey to Recovery & Beyond (Routledge, 2018) and contributes regularly to podcasts and the media. She graduated from Temple University in Philadelphia where she received a BA in Political Science. Her professional expertise includes public policy and government relations, non-profit management, strategy, programming, and communications, and making change through social healthcare movements. She is a past board member of the Academy of Eating Disorders (AED) and the National Association of Anorexia Nervosa and Associated Disorders (ANAD), and is currently a board member for the Haystack Project which addresses orphan disease access to care issues and an advisor for Families Empowered and Supporting Treatment for Eating Disorders (F.E.A.S.T.).

Temperament-Based Therapy with Support for Anorexia: A Novel Treatment Interview