Interview with the authors – 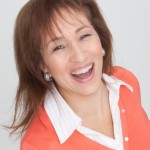 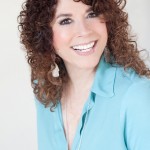 What motivated you to write Intuitive Eating, which was first published in 1995?

Elyse Resch – Initially, when we ventured into the world of private practice we didn’t know each other. Yet, separately, each of us had remarkably similar counseling experiences, which caused us to rethink how we work. Neither of us wanted to be working with weight management, yet the referrals kept coming. The healthy meal plans we created were only setting people up for failure and frustration. How could we ethically go on teaching people things that seemed logical and nutritionally sound, yet triggered such emotional upheaval? As we struggled with these issues we began to explore some of the popular literature and research that suggested a 180-degree departure from dieting. Eventually, we combined our scientific knowledge with sound psychological principles and developed the Intuitive Eating process. This led to a considerable change in how we practiced and years later was the impetus for this book and the Intuitive Eating community.

Can you explain the risks of ‘dieting’ and a ‘diet mentality’?

Evelyn Tribole – Dieting increases the risk for both eating disorders and obesity. It also increases food preoccupation, binge eating, and eating in the absence of hunger.

While many people seem to know that dieting doesn’t work in the long run–most are shocked to learn that the process of dieting itself, (independent of genetics), increases your body’s propensity to gain weight, especially fat.

A study on 2,000 sets of twins (4,000 people!) found that twins who dieted just once, were nearly two to three times more likely to become overweight, compared to their non-dieting twin counterpart. Furthermore, the risk of becoming overweight increased in a dose-dependent manner, with each dieting episode. The results indicate that dieting itself, independent of genetics, is significantly associated with accelerated weight gain and increases the risk of becoming overweight, which adds to a body of research dating back to World War II!

Biologically, your body experiences the dieting process as a form of starvation. Your cells don’t know you are voluntarily restricting your food intake. Your body shifts into primal survival mode—metabolism slows down and food cravings escalate. And with each diet, the body learns and adapts, resulting in rebound weight gain. Consequently, many people feel like they are a failure—but it is dieting that has failed them, and contributed to the weight gain process. Dieting disconnects you from your innate hunger and satiety cues, and it becomes easier to eat in the absence of hunger and develop a mistrust of your biological eating cues.

The bottom line is that there is no such thing as “healthy dieting”! Dieting is dangerous to your health.

In your book you refer to ‘pseudo-dieting’, what do you mean and can you provide some examples?

Evelyn Tribole – Pseudo-dieting describes any process with eating that is unnecessarily restrictive. It can be a little tricky, because it’s a form of dieting, without officially embarking on a diet plan. One way to help identify pseudo-dieting is to look for hidden food rules, which are rigid and not connected to hunger, fullness or satisfaction. Here are some examples:

What do you see as the similarities and differences between “Intuitive Eating” and “Mindful Eating”?

Evelyn Tribole – When the first edition of Intuitive Eating was published in 1995, the term “mindful eating” was not in the public vernacular. Consequently, we used the term “conscious eating” to describe the process of being aware, while eating. Four years later, in 1999, the first mindful eating study was published. Today we often use the term “mindful eating”, because it has become commonly used and practiced. While Intuitive Eating includes the principles of mindful eating (such as learning to be aware of satiety cues to guide decisions to begin and to stop eating), it also encompasses a broader philosophy, addressing the issues of cognitive distortions and emotional eating. It also includes seeing satisfaction as a focal point in eating, physical activity/movement for the sake of feeling good, rejecting the dieting mentality, using nutrition information without judgment, and respecting your body, regardless of how you feel about its shape.

Intuitive Eating is a dynamic process—integrating attunement of mind, body, and food. For those who struggle with eating issues, both mindful eating and Intuitive Eating can help facilitate normal eating.

Do you feel there is a connection between dieting and the increase in obesity in the United States?

Elyse & Evelyn – We definitely believe that dieting has a profound effect on some people by promoting continual weight gain throughout life.

When people go on diets, they often lose weight very quickly, which gives the message to the brain that they are in a semi-starvation mode. This causes the brain to slow the metabolism and send out signals to seek food for survival. New research shows that dieting creates the phenomenon of ‘Fat Overshooting”, which is how the body adapts to dieting. The body is triggered to overcompensate by adding more fat stores. So the dieter gets fatter after each diet.

Once the diet fails, as it does 95% of the time, people overeat in response to the deprivation they have felt while on the diet. This overeating is done in a slowed metabolic state; thus, weight gain occurs rapidly. The rapid weight gain frequently leads to frustration and self-loathing, which drives people to eat excessively. One study showed that 49% of people who go on diets experience post-diet binges. Another looked at 31 long-term diets and found that up to 2/3 of the people regained more weight than they had lost and that dieting was a consistent predictor of weight gain. Since people tend to go on one diet after another during a lifetime, it’s easy to see how dieting can be a precursor to obesity.

What is the strongest message you would like your readers to “take-away” from Intuitive Eating: A Revolutionary Program That Works, 3rd Edition published in 2012?

Evelyn Resch – The strongest message which we would like our readers to take away from Intuitive Eating is to have compassion for their past “diet failures” and to understand that they were victims of a system that was bound for failure—rather than any personal failure on their part. I want them to heal from the damage of this system by understanding that we are born with all of the intuitive wisdom we need to eat and that the guidelines of this book will help them reconnect to this wisdom. We’d also like them to put their focus on finding satisfaction in eating. With satisfaction as the focus, people will naturally choose to eat when moderately hungry and stop when comfortably full. They will choose foods that they truly enjoy, without judgment. They will eat in an emotionally healthy environment and will eat with mindfulness.

Ultimately, they will find peace and joy in their eating experiences, which will extend to other aspects of their lives, as well.