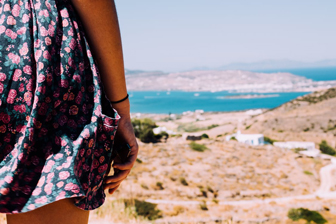 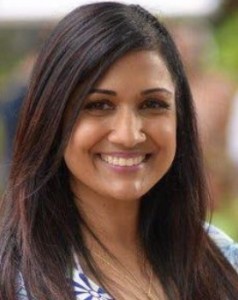 This is the third in a multi-part series by a courageous woman who has chosen to use her voice to educate, create awareness, and support hope for recovery for all. As a member of a marginalized community, Jay’s words will ring familiar to many.

Jay has described her “journey” in this, her third part of her series. “Jay’s Journey” will continue as a blog in a designated area on our website, www.edcatalogue.com. Please note these entries are shared with the approval of, support from, and encouragement by her therapist.

(Please be advised that some content details may be triggering.)

A Letter to my Therapists – “That Dreaded Number”

(This series is called “Jay’ Journey” for a reason- it is a look into my path to freedom from a long battle with various eating disorders. The path as detailed in my first two entries shows enlightenment and positivity, but for anyone in recovery you know the path doesn’t stay smooth…it’s damn rocky and filled with as many pot holes in the road as my beautiful island of Jamaica).

Last week my general practitioner, Dr. A, who has been blind weighing me for the past two years (since I reluctantly handed my scale over to my therapist) decided that I was ready to now hear my actual weight instead of the regular “Jay, you are up a blip” or “Jay, you are the same as the past 3 weigh ins”.

For someone in recovery from ED (eating disorder) this is major! I was ready. I felt ready to hear that number. The way my clothes fit that morning and the fact that I did not eat breakfast yet (I never eat before I go to my GP and always make a morning appointment for this reason) made me feel like I was ready!!!! I felt so proud and felt like shouting “SCREW YOU ED!” for all of Jamaica to hear! Dr. A told me the number and I received it with ease. I was actually happy that I was not as much as I thought I weighed and equally surprised that I was at ease to hear a number that even a few months ago I would have died if I heard I weighed that particular number.

However, this “excitement” and “freedom” that I felt that day was short lived to say the least. Below you will see two emails (unedited) to both my therapist and my GP expressing my anguish. They both responded as they faithfully do, with positive reinforcement… It didn’t help at the time. There is nothing that they could have said that would have made me feel “smaller” or more in “control” of what the eating disorder was telling me which was “If you are this weight now with supposedly eating well and exercising, God help you if you splurge one day.”

It’s been a bit since my last email like this …

So last week Wednesday I found out I weighed *** I was ok but now I am not. I feel like I’ve gained a couple pounds since. Will send food log soon.

Basically I can only go up in weight from here.

Dr. A, I keep a note in my food log as when I go to u and u say my weight is “up a blip” or down. The trainer at gym has weighed me but what your scale says is what I go by for the most part … until I started to think ——-

I looked at a time when u said my weight was down a blip and two days later my weight at gym was **. Then my next app. you said it was down … the scale at gym was ***. Then last appointment u said I was consistent for a few months …. I am not sure where this is going but the point is that I feel ugly and big today. I gave away all my clothes that used to trigger my ED and all what I have now is my “safe ” clothes. I tried on approximately 7 pairs of pants, 1 pair of shorts, 1 skort this morning …. and they all feel tighter

As a result, I now feel like a failure and feel like I have been eating too much …. yes, I increased my laxatives yesterday…. 😕

I knew after feeling like I kicked ED that ED was going to come back with a vengeance … yup he did.

So I, along with ED, went against your orders and weighed at the gym yesterday. Why? Because I felt smaller and more in control of my eating. However, I always weigh in a completely empty stomach but I didn’t this time. Why? Because as I said, I felt that much smaller. So according to the scale I gained 2 pounds. I was mortified, shocked, disgusted. Though the logical part of my mind reminded me that 1. I consumed about 20 ounces of water and had 2 eggs (with lots of salt) and a slice of toast and that could have contributed to my weight gain … the ED part of my brain told me that I should have been lower and that if I truly lost weight eating breakfast should not have affected my weight. I was so discouraged that I told my trainer I had to leave and I did. ED won yet again.

No change in my thoughts yet, but unlike years ago I am now “talking” about it by writing these entries. I have a great support system who want to listen to me but it’s hard to explain my feelings to them verbally. By sharing these thoughts with the world, though I may not feel it yet, in essence I am shouting “Screw you ED!”