In the Labyrinth of Binge Eating Interview 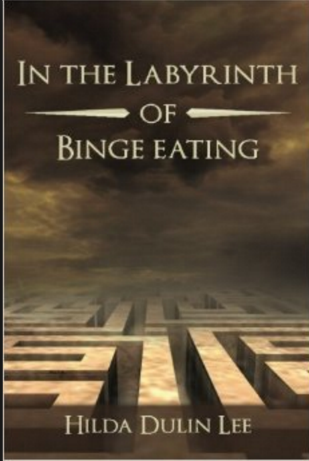 Author Hilda Dulin Lee joined us to discuss her book, In the Labyrinth of Binge Eating. What follows are our questions in italics, and Hilda’s responses. 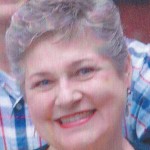 In a binge eating episode, it’s not just that we don’t want to stop; there’s a sense that we cannot stop. As the binge progresses, there is a sort of frenzy about it, almost like being possessed by something stronger than ourselves. You have to remember that when we are in the midst of a bad binge episode, we are not functioning in the thinking part of our brain, but rather in a primitive part of the brain called the amygdala where thinking is literally not possible. This is the center for the emergency flight-or-fight response. In a binge we are “fleeing” from reality at that moment. Sometimes it seemed like I was watching from outside myself as I reached for more and more food, seeking relief from something I couldn’t name.  This distancing, even to the point of dissociation, is common among those who have been binge eating for many years.

Your recovery from Binge Eating Disorder benefitted from some psychoeducational information about trauma, the brain, stress, and the cycle of shame. Can you help your readers appreciate how meaningful this information and, hence, self-understanding has been?

I cannot overstate how beneficial it was for me to understand how trauma and danger in my early childhood caused me to be in a state of constant vigilance which set me up for the development of binge eating disorder. The knowledge that hypervigilance in my youth changed my brain and caused a heightened reaction to stress opened a window of self-understanding. This awareness goes far beyond just laying the groundwork for overcoming binge eating; it also led me to appreciate what my binge behavior had done for me. Bingeing saved me until I could develop better, less destructive, coping skills. I will always be grateful that I didn’t turn to even more destructive behaviors that could have cost me my life. So yes, understanding the miraculous way our brain has of protecting us and allowing us to escape what we cannot face is one of the truly rewarding benefits of my journey to healing.

Interestingly complex, yet all too common, you became a “chronic dieter.” What are some of the physically damaging effects of this pattern?

Dieting is such an insidious creature! Aside from the psychological/emotional damage of always feeling like a failure and developing an ever-worsening self-image, the actual physical damage is undeniable. Our bodies simply refuse to let us starve. When the body gets less food than it needs, it switches to survival mode, turning down our metabolism in order to hang on to every little calorie. Likewise, the mind hits the survival button and turns all its attention to one purpose: find food, find lots of it, and find it fast. Dieting is, in fact, the most common immediate trigger for bingeing. But the physical damage from dieting goes beyond this first, most obvious physical effect of a slower metabolism, an increasing chance of bingeing, and overall weight gain. Chronic, highly restrictive dieting can actually decrease the levels of certain neurochemicals that control impulses. Therefore, when we see delicious-looking food, our ability to control the impulse to eat is actually reduced because we dieted. Dieting can also dampen the innate signals of hunger and fullness by decreasing key chemicals in the brain that cause us to feel full and satisfied; over time, these signals may cease to function altogether.

You scientifically address the role of genetics in BED.  Can you please share some of this evidence-based information?

We don’t fully understand the role genetics plays in the development of BED, but we do know that this eating disorder tends to run in certain families. Most people’s first reaction is “Well sure, if people grow up in the same household, exposed to the same stresses, foods, and eating patterns then they are bound to share similar eating disorders.” But we know there is a distinct genetic influence because of twin studies.  At least one study, for example, showed that the correlation for binge eating is three times stronger between identical twins than between fraternal twins. Several other studies have pointed to bingeing as about half heredity and half environmental. We also know that there is a strong correlation between BED and alcohol and other substance abuse. Not only is the binge eater more likely to abuse alcohol and drugs (50% of those with eating disorders engage in substance abuse compared with 9% of the general population), but family members of the binge eater are three to four times more likely to have a substance abuse problem than people who have no relatives with binge issues. Since studies show that the correlation holds true even when the relatives are not in the same household—distant-living uncles, grandparents, and nephews are often affected—a true genetic influence must be at work. The literature seems to point to the idea that binge eating and substance abuse may simply be different responses to the genetic trait of impulsivity. Studies show, for example, that those who binge, as well as their families, tend to be impulsive, unrestrained, stimulus-seeking people who go after the exciting, novel, intense experience. Recent studies point to a connection between binge eating and other impulsive disorders such as ADHD. In fact, brain scans of patients with ADHD and BED show similar imaging

One study that I found particularly fascinating examined the genetic make-up of over 1000 extremely obese people. They found that one in twenty of them actually had a specific gene mutation. These people are missing certain neurochemical receptors that control satiety, so they literally never get the signal that they are full and should stop eating. These neurochemical receptors, by the way, are the same ones that can be altered with chronic dieting. The most compelling finding of the study, though, was that every person with the mutated gene reported binge eating regularly, while only 14% of equally obese subjects (but who did not have the mutated gene) reported regular binge eating. The mutated gene, then, is linked directly to binge eating behavior itself and not just to extreme levels of obesity. The study concludes that the behavior of binge eating is highly heritable.

Note: documentation for all these studies can be found in my book, In the Labyrinth of Binge Eating.

Your step-by-step, organized approach to studying BED seems to have provided a positive experience of validation for the person you are, and deliverance from decades of shame. Yes/No?

YES! The more I learned about BED, the more I could accept that there were real psychological, biological, and perhaps even genetic underpinnings behind my binge behavior. What I was doing was not the result of some terrible character flaw. What a relief! I could let go of the shame that had haunted me for most of my life and begin to look at the problem logically instead of continually spiraling through cycles of shame and bingeing. Knowledge was the key that unlocked real solutions for me. And that unlocking was the driving force behind the writing of this book. I want others to know that they are not alone, but I also weave into that story narrative much of the information that had proven so beneficial to me. Knowledge is a powerful thing!

Thank you for your raw descriptions of your binge episodes. How have your readers responded to these realities?

The response to my book has been overwhelming and humbling. Some find the book to be very difficult–even painful–to read because it strikes so close to home. Some express great relief to know there are others who have the same “shameful” secret. But everyone who writes to me expresses appreciation and gratitude for my honesty and openness in “putting it all out there.” Many, like myself before I began this journey, did not know there was a name for this destructive eating pattern, and that there is hope for recovery.

In the Labyrinth of Binge Eating takes you and the reader from your “battle and struggle” experience to “appreciate and accept” your transformative state. What would you like your readers to take away from your book?

I would like for the reader to understand that overcoming binge eating is about so much more than stopping the behavior of bingeing. In the end, it is about transformation and peace. One of my readers thanked me for taking them on my journey “from struggles to victories and finally to a place of peace.” That is the message of my book and what I want readers to experience.

About the author –
Hilda Dulin Lee, a dentist and writer, calls both North Alabama and Western North Carolina home. She attended the University of Alabama in Huntsville where she received her BA degree in literature and did post-graduate work in the sciences. She then attended dental school and received her Doctor of Dental Medicine (DMD) degree. She owned and managed a successful dental practice, taught at her dental school, and conducted seminars and private consultations on practice management. After practicing dentistry for many years, she made a decision that would alter the direction of her life: she sold her dental practice and enrolled in graduate school at the University of North Carolina in Asheville. There she received a Master of Liberal Arts degree in which she combined the study of creative writing and binge eating disorder. In the Labyrinth of Binge Eating is her first full-length book. At present, she is working on a collection of personal essays as well as a book about her family’s search for the still-missing body of her half-brother, Dan, who was killed in the Korean War. Hilda was selected as a national finalist in Sequestrum’s 2015 New Writers Award. She also gives personal presentations on binge eating at libraries and colleges around the country. Her cottage in Western North Carolina is her favorite place to write. She shares life with her husband, Glenn, who has been the abiding love of her life for more than fifty years. They have two children and eight grandchildren. Her hobbies include genealogy, bridge, and of course reading and writing.