How Many of these Binge Eating Disorder Myths do YOU Still Believe? 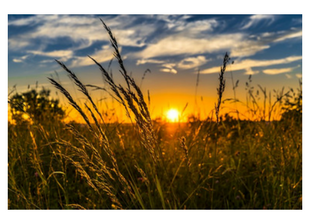 How Many of These Binge Eating Disorder Myths Do YOU Still Believe?

By Sunny Sea Gold, author of  Food: The Good Girl’s Drug; How to Stop Using Food to Control Your Feelings 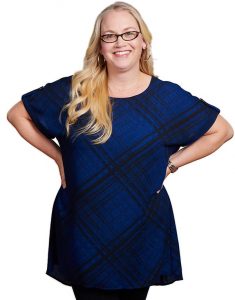 First, a question: What images pop into your head when I say “binge eating disorder”? A white woman in a large body wearing a stained gray sweatshirt, shoving food in her mouth? A pudgy hand reaching for a giant plate of donuts? In my experience, this is exactly how most people picture folks with B.E.D. It’s also exactly what comes up when you do a Google image search on “binge eating disorder.” But these are unhelpful stereotypes—ones that even doctors and eating disorders professionals believe—and they make it harder for people to be diagnosed and get the help they deserve. As a journalist with a history of binge eating disorder, it’s a mission of mine to bust myths about the disorder. How many of these do you still believe?

It seems like common sense that someone who regularly eats “large amounts of food when not feeling physically hungry” would live in a bigger body. More calories = higher weight, right? While about 60 percent of people with B.E.D. do live with obesity, the rest don’t! Janet Jackson has been candid in some interviews about binge eating, petite comedian Kathy Griffin has written about having B.E.D., and tennis champion Monica Seles told her story far and wide during a national B.E.D. awareness campaign. One friend of mine, a thin person who is now an eating disorders activist, recalled something a doctor said to her once when she told him she was binge eating and might be dealing with a disorder: “Just don’t eat the second piece of cake!” Because she didn’t have obesity, he didn’t take her concern seriously—and clearly wasn’t worried about her health.

Nearly a decade after Cynthia Bulik’s fabulous book, Crave: Why You Binge Eat and How to Stop came out, six years after my own book for young women with B.E.D. was published, and four years after B.E.D. was listed as an official disorder in the Diagnostic and Statistical Manual of Mental Disorders by the American Psychiatric Association, there are still far too many people who don’t think it’s “real.” “B.E.D. is a disorder made up by drug companies,” is what some skeptics say. “B.E.D. is just an excuse for fat people to keep eating.” (Seriously, someone tweeted that at me once.) “B.E.D. is simply a lack of willpower. Quit eating.” These last two assume that compulsive, chronic binge eating is a choice. Having experienced it myself, I can assure you that no one would choose the shame, discomfort, depression, self-loathing, and digestive damage that comes with binge eating disorder. Geneticists now know that B.E.D. runs in families, just like breast cancer or heart disease, and have identified several genes that appear to be linked with it. People with anxiety, depression, and a history of weight-bullying or extreme dieting are also more likely to develop B.E.D. than others.

While bariatric procedures can spur weight loss and make it harder for binge eaters to eat large amounts of food, underlying behavioral issues persist if not addressed. Research has shown that up to 30 percent of people develop “addiction transference” post-surgery and start abusing alcohol or other substances instead of binge eating. Many binge eaters are chronic dieters—I certainly was. Over the years I tried everything from diet pills to Atkins, to herbs and Jenny Craig to help curb my “out-of-control appetite.” But nothing ever worked for longer than a few weeks. The urge to binge would always come back, usually even stronger than it was before after days or weeks of feeling deprived. That’s because the cause of binge eating isn’t liking food too much, or not knowing enough about nutrition, or eating “bad” foods. B.E.D. is a neurobiological condition that involves one’s mind and body. That’s one reason that one of the most successful treatments for B.E.D. is psychotherapy, not dietetics.

People with binge eating disorder are black, white, brown, straight, gay, skinny, fat, young, old, and everything in between. They’re beauty queens and pop stars, they’re construction workers, and football players, they’re your kid’s teacher, your boss, that hot girl from reality TV. Letting go of stereotypes about who binge eats and why can open the door for more people to get the help they deserve. If you suspect you may have binge eating disorder or another disordered eating issue, take a quick screening at Mental Health America, then get more info from the Binge Eating Disorder Association.

About the author: Sunny Sea Gold is a journalist, a body-acceptance advocate, and author of the book Food: The Good Girl’s Drug; How to Stop Using Food to Control Your Feelings.  Sign up for her Body Beautiful newsletter to keep in touch and get a monthly dose of body-positive news, art, and inspiration.