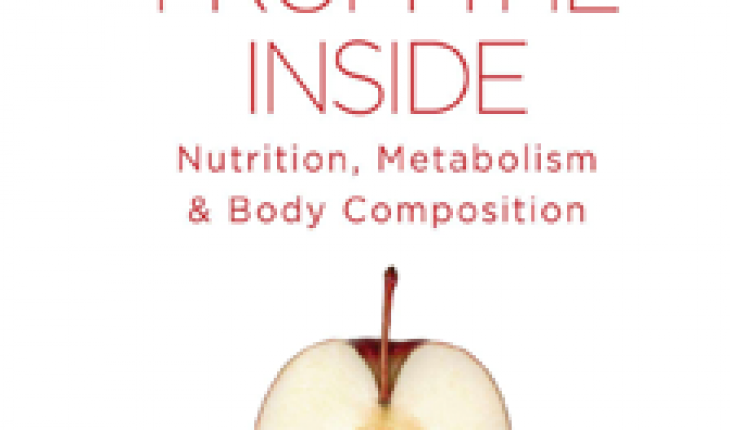 Measuring Health from the Inside: Nutrition, Metabolism & Body Composition – Interview

Carolyn Hodges Chaffee, MS, RD and Annika Kahm, BS, Clinical Nutritionist, the authors of  Measuring Health from the Inside: Nutrition, Metabolism & Body Composition joined us to discuss their book. What follows are our questions in italics, and Carolyn and Annika’s thoughtful responses. 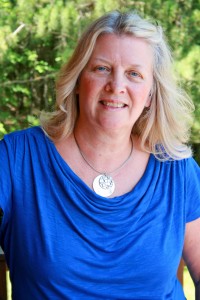 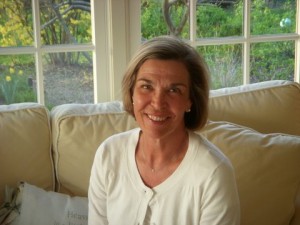 From an eating disorder perspective, what are the different ways individuals develop malnutrition or become nutritionally depleted?

Malnutrition can occur in many different ways; when the body is underfed for an extended period of time (anorexia, orthorexia), when it operates at a calorie deficit because of a high level of energy expenditure (compulsive exercise), or when the body is unable to absorb nutrients (bulimia).  The body is designed to tolerate brief periods of malnutrition, but how well depends on the body’s nutritional status and how much body fat the body is able to mobilize to endure the starvation.

When an individual restricts their intake, there are mechanisms that occur in the body that lead to a decrease in hunger.  The metabolic rate will gradually decrease, causing fewer hunger cues.  As weight is lost, the gut will eventually develop gastroparesis which slows the emptying of the gut.  This results in bloating and discomfort when eating which makes it more comfortable to not eat (restrict) or get rid of what was eaten (purge).  Regardless of the behavior, the body will eventually become malnourished.

When working with clients who are diagnosed with eating disorders, what do you find are the merits of using Metabolic Testing (MT) and Body Composition Analysis (BCA)?

It’s invaluable, especially since many clients don’t think they have an eating disorder unless they are seriously underweight or actively purging.  If they have been diagnosed with an eating disorder, but are in denial, the MT and BCA give empirical evidence to the malnutrition it has caused for their body.  A low metabolic rate (hypometabolic), using excessive protein stores to meet their caloric needs (catabolic), low phase angle (indicative of poor cell integrity), and body fat well below normal ranges for age, sex, and height are all examples of information gained by the testing.

Today’s diagnostic criteria miss some seriously disordered patients because blood work is usually within normal limits, even in very sick individuals.  Scale weight is not an indicator of an individual’s fat, lean or health.  This is why we fail this patient population.  A patient can be normal weight or overweight and still have an eating disorder and weight restoration is only part of recovery.

Also, we do BCA at every visit, giving them feedback of how the body responds to their food intake. We let the patient know if they are eating enough to allow for not only daily needs, but also for repair and healing of their malnourished body.  This way they are actively involved in the recovery process.

One of the goals during hospitalization is to weight restore the patient.  Without the MT and BCA it is very difficult to determine, as well as convince the patient that is weight restored, that they are still malnourished and may need to gain more weight.  If an individual is not fully nutritionally recovered, it increases the likelihood and risk of relapse.  When the individual sees their actual test results, it is easier for them to follow treatment recommendations.

How do you define mouth hunger?

Mouth hunger is described as a type of hunger someone experiences when they are not physically hungry, but still want to eat. Reasons individuals may experience this are because their protein intake isn’t adequate, the majority of their intake is later in the day (often skipping breakfast) or the balance of nutrients is off. An example of this might be an intake that is very low in fat. Fat promotes satiety and when there isn’t enough in one’s diet, they are not satisfied after the meal and want to continue to eat.

What are some of the complications that affect the brain’s neurotransmitters as a result of compulsive exercise?

Exercising at a high level and restricting the intake for prolonged periods of time causes an increase in cortisol. Elevated levels of cortisol for extended periods can lead to cellular death.

There is also a feedback mechanism that occurs with compulsive exercise that increases the risk of addiction. When an individual exercises, the brain gets a burst of dopamine in the reward/pleasure center of the brain. For those individuals, the more they exercise the more they feel compelled to exercise.   As those individuals continue to exercise it becomes compulsive, unable to take a day off, having it interfere with their daily living, and doing exercise that for them doesn’t count.

What do our bodies need to function at their best?

Bodies need a variety of things to function at their best.  For the individual recovering from an eating disorder, there are many factors.  Adequate intake must be tailored to meet their nutritional needs (which may be very different from someone who has never had an eating problem).  It’s important they continue to work with a nutritionist for an extended period of time, since there are many physical problems that may have occurred because of the behaviors they’ve used while active with the disorder which make it difficult to maintain their intake.

Our bodies need a reasonable level of physical activity, again initially monitored to make sure it is not excessive or being done for unhealthy reasons.  For compulsive exercisers, it is very difficult to return to activity that results in an increase in their endorphin level.  Yoga is an activity that we recommend to all patients.  It helps decrease anxiety and allows individuals to develop a different relationship to their body.

Sleep is imperative to maintaining health and well-being.  Continued self-care that allows balance both emotionally and physically will lead to long term health benefits.

Explain some signs that tell you a body is repairing itself.

There are many signs the body gives indicating that it is repairing. The measurements we look at with the body composition analysis include, achieving the fat free mass minimum for bone health, phase angle (which indicates cell integrity) at a normal range for their age and sex, and achieving the body’s natural set point weight.

Things we look at from the metabolic profile include a normal metabolic rate and a protein use that indicates that the body isn’t catabolic.

From your nutritionist’s lenses, what is the indicator of eating disorders recovery?

The patient is able to tolerate day to day events without using eating disorder behavior.  They are able to accept their body’s natural body weight.  They are also able to accept that there are times in life (e.g. puberty, pregnancy, menopause) when there will be shifts in body weight and embrace those times as part of what their body is naturally supposed to do.  They are able to appreciate their body’s abilities instead of what it cannot do or how it looks.  It is easy for them to maintain an adequate nutritional intake without obsessing about what to eat.  Activity is done for pleasure, not because they feel like they have to.

Carolyn Hodges Chaffee, MS, RD, is founder, owner and director of Sol Stone Center, a partial hospitalization program, and the Nutrition Clinic, a free-standing outpatient eating disorder clinic, located in Elmira, New York.  Outpatient satellite clinics are located in Syracuse, Ithaca, and Binghamton, New York.  Approximately 400 patients are being served at any given time.  She is also nutrition consultant and case manager for Cornell’s eating disorder program.  Approximately 400 students are treated annually.  She is a member of ADA, AED, ANAD, ASDAH, BEDA, IAEDP, NEDA, SCAN, STDA, and Vice President on the board for Ophelia’s Place.

Annika has been in private practice since 2002 in Stamford, Connecticut.  She specializes in the treatment of eating disorders, disordered eating, and exercise addiction.  She was also the head nutritionist at The Wilkins Center For Eating Disorders from 1982-2002.  Annika’s publications include the nutritional sections of three books: Controlling Eating Disorders with Facts, Advice and Resources (Oryx Press, 1992), Eating Disorders: A Reference Source Book (Oryx Press, 1999), and Eating Disorders… New Directions in Treatment and Recovery (Columbia Press, 2001).

Professional Affiliations: A member of the Academy of Eating Disorders, NEDA, and the Swedish Nutrition Foundation, and served on the board of the American Anorexia and Bulimia Association

Presentation Experience 2009-2011: “You Want Me to Weight What?” (2011 Renfrew Conference), “Nutritional Status in Adolescents: Rationale and strategies for early recognition and aggressive treatments for eating disorders” (Stamford Hospital Ground Rounds for pediatricians), “A Thin Line: To diet or not to diet. Anorexia Obesity” (Stamford Hospital Ground Rounds for pediatricians), “Nutrition Paradox: Eating Less May Not Result In Weight Loss” (Women’s Expo, Stamford, CT), “Eating For Performance and Self-esteem.  Strategies for teenaged girls and parents” (Greenwich Academy)