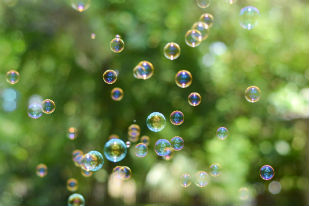 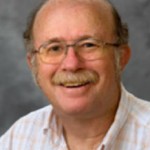 No illness has ever been eradicated or even significantly reduced in prevalence by applying an early-detection-then-treatment model. Eating disorders are no different. Even if these disorders were not shrouded in complexity, secrecy, and stigma, there will never be enough competent clinicians of any sort to enable societies around the world to cope in an effective and humane way with the millions of females, as well as the hundreds of thousands of males, suffering from anorexia nervosa, bulimia nervosa, and related conditions. Prevention is not a luxury awaiting clarification of risk factors and refinement of treatment. Prevention is a necessity.

Although it is currently fashionable and politically astute (e.g., in terms of obtaining funds for research) to focus on biological factors “underlying” anorexia nervosa and bulimia nervosa, there is substantial evidence that sociocultural and psychosocial variables play a causal role as risk factors in the development of eating disorders. Interviews, cross-sectional survey studies, longitudinal investigations, and various types of laboratory and field experiments all point to specific media, peer, and family factors as contributors to the following specific aspects of the nervosa in eating disorders:

Similarly, research also strongly supports the role of sociocultural and psychosocial factors in the emergence of the nonspecific psychopathology that constitutes part of the nervosa. These nonspecific variables include, but are not limited to:

The voluminous, overlapping data supporting a sociocultural perspective point directly to the potential power of what prevention expert Dr. Niva Piran (2010; see recommended readings) of the University of Toronto calls “cultural literacy” and a “critical social consciousness” in combating these unhealthy but widespread and insidious messages. Cultural literacy is an upward cycle defined by the “5 A’s” (Levine, Piran & Stoddard, 1999; Piran, 2010):

Several of the most successful eating disorder prevention programs (which will be discussed in a subsequent blog; see, e.g., Levine & Smolak, 2006, and Stice, Rohde & Shaw, 2013, in recommended readings) use a variety of psychological principles to establish the relationships, dialogues, and activities necessary for promoting cultural literacy.

Media literacy prevention programs are thus a particular kind of cultural literacy program. Media literacy integrates self-awareness, knowledge about media, and intellectual and communication skills into an ongoing process of (1) understanding one’s own relationship to various media; (2) critically analyzing the positive and negative effects of those media on the self and others; and (3) learning to access and use the technologies and languages of various media to generate and promote one’s own messages.

The most advanced and effective media literacy program for adolescents is Media Smart, developed and refined over a number of years by psychologists Simon Wilksch and Tracey Wade at Flinders University in Adelaide, South Australia. An excellent summary of this prevention program can be found in the book by Cook-Cottone, Tribole, and Tylka (2013) listed at the end of this article. More extensive information about Media Smart for middle school girls and boys is available at flinders.edu.au/sabs/psychology/services/flinders-university-services-for-eating-disorders/mediasmart/media-smart-home.cfm.

The program. Media Smart is an interactive, highly engaging program designed for educators working in school classrooms with girls and boys. The program consists of background information, lesson plans and student workbooks, and many recommended activities for gathering, analyzing, and challenging unhealthy media messages. In general, there is substantial guidance for helping students, as individuals and in peer groups, to resist and cope confidently with unhealthy messages from various sociocultural sources. The Media Smart program expects and prepares classroom teachers to be positive models for healthy body image and for listening to others and respecting diversity in opinions, talents, and body shape.

The eight lessons in Media Smart arrange for boys and girls, working together in small groups, to examine how businesses and advertisers use mass media—ranging from billboards to fashion magazines to social media—to foster appearance concerns and body image insecurity in order to sell products that, without much subtlety, do the following:

In these groups, the students brainstorm, discuss, refine, and rehearse ways to resist negative appearance comments, weight/shape-related teasing, and a variety of other sociocultural pressures to conform to the distorted attitudes listed above. The students learn in active ways what they can actively do and be—as individuals, as peer groups that can establish new norms, and as mentors of younger children—to appreciate media more fully and reduce negative media effects. Lessons 5 to 8 move from practice in distinguishing and analyzing unhealthy media messages to understanding how students can be consumer activists: for example, by learning to write e-mails of praise or protest in response to certain advertising campaigns. This type of small-group work culminates in the creation and presentation of a group project, along with practice in discussing cultural content and giving one another respectful, constructive feedback. The Media Smart program concludes with a class discussion of the results of the activism and with a final emphasis on how important it is for adolescents and adults to develop cultural literacy and to stand up for themselves and their families and friends in confronting unhealthy media messages.

Evaluation. Wilksch and Wade (2009) conducted a methodologically rigorous randomized controlled trial (RCT) of the effects of participation in the Media Smart curriculum on more than 500 grade 8 girls and boys (ages 13 to 14) in four Australian schools. As predicted, compared with students not receiving any media literacy training, Media Smart produced desirable outcomes (with small to moderate effect sizes) for the following eating disorder risk factors in students receiving the training: body dissatisfaction, weight and shape concern, dieting behavior, a sense of ineffectiveness, and symptoms of depression. Most important, these positive prevention effects were, in general, still evident two and a half years after baseline assessment. The positive effects for boys tended to dissipate six months after the conclusion of the program.

Wilksch and Wade, along with other prevention experts (e.g., S.J. Paxton in Australia and S.B. Austin in the U.S.), recently published an RCT with more than 1,300 grade 7 and grade 8 Australian students (Wilksch et al., 2014). This study compared the effects at one-year follow-up of Media Smart not only with a no-intervention control condition, but also with an intervention focusing on health-related life skills and another emphasizing the benefits of helping others. Media Smart was the most effective for girls, producing the highest physical activity level and the lowest combination of weight and shape concerns, eating concerns, and perceived social pressures to be thin. For boys, Media Smart produced the lowest internalization of media messages at 12-month follow-up and the highest activity level at six-month follow-up. Media Smart also appears to reduce “screen time”; coupled with its positive effects on physical activity, this finding suggests that Media Smart could ultimately be very effective in simultaneously reducing risk factors for obesity and eating disorders.

Theory and research clearly indicate that Media Smart and similar interventions (e.g., Espinoza, Penelo & Raich, 2013) should be widely disseminated because media literacy programs significantly reduce risk factors for eating disorders in middle school girls and boys. At this point in the history of the prevention of eating disorders, no one type of program appears to be necessary or sufficient to ensure effectiveness. Nevertheless, media literacy is an important focus for further development and research in regard to young adolescents and other age groups because this type of cultural literacy embodies what I call the “7 C’s” of effective prevention—the more of the following components that are present, the greater the chances of sustained success:

Michael P. Levine, Ph.D., is Emeritus Professor of Psychology at Kenyon College. In the field of eating disorders his research, writing, and activism focuses on sociocultural risk factors and prevention. He has authored, co-authored, or co-edited five books, three curriculum guides, and 100 articles and book chapters.

Piran, N. (2010). A feminist perspective on risk factor research and on the prevention of eating disorders. Eating Disorders: The Journal of Treatment & Prevention, 18, 183-198.(npiran@utoronto.edu)

Advocacy: Using our voice to help change the world for others changes us

The Inside Scoop on Eating Disorder Recovery: Advice from Two Therapists Who Have Been There Interview