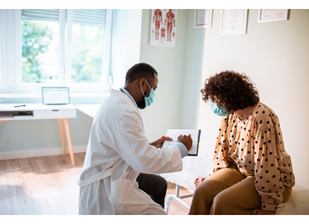 All eating disorders (EDs) are serious mental illnesses that may result in a multitude of medical complications ranging from minor to potentially life-threatening. Every organ system in the body is affected in some way, leading to medical complications directly related to the effects of starvation and malnutrition, binge eating, and the frequency and type of purging behaviors used. The majority of individuals with EDs recover fully; however, prognosis is much improved by early diagnosis and effective early treatment. Early identification of medical conditions related to EDs is equally important because while almost all complications are completely reversible with treatment of the ED, restoration of adequate nutrition, and stopping any inappropriate ED-related behaviors, the risk of permanent damage increases over time.

Although generally not acutely life-threatening, some of the classic signs and symptoms of EDs may be helpful in identifying an undiagnosed ED. Often, the first noticeable sign of an ED is marked weight loss or gain, fluctuations in weight, or failure of a child or adolescent to gain weight or grow as expected. Other common symptoms include feeling cold all the time, low body temperature, and bluish discoloration of the hands and feet, along with generalized weakness, fatigue, dizziness, or fainting.

Other commonly described findings include the development of lanugo hair (fine hair growth on the body and limbs), hair loss, carotenoderma (yellowish skin discoloration), brittle nails, dry/itchy skin, and poor wound healing. The development of a callus or scar may be seen on the back of a hand that has been used repeatedly to induce vomiting. Oral trauma, dental erosion, perimyolysis (increased erosion on the back surface of the front teeth), cheilosis (cracking and redness at the corners of the mouth), and salivary gland enlargement can also be seen. Mild blood abnormalities such as iron deficiency anemia are relatively common in low-weight patients as a result of inadequate dietary iron intake. Rarely, bone marrow failure related to severe malnutrition may result in reduced red and white blood cells, as well as platelets.

Cardiovascular complications are seen in up to 80 percent of individuals with EDs and may appear early in the illness. Individuals may complain of chest pain, shortness of breath, swelling, palpitations, lightheadedness, or fainting. Abnormal heart rhythms, or arrhythmias, are among the most frequent cardiac abnormalities seen. Sinus bradycardia, a heart rate of less than 60 beats per minute, is the most common arrhythmia. Hypotension, or low blood pressure, is also frequently seen in individuals with EDs. Structural changes of the heart, such as loss of cardiac muscle, are less common, but can lead to potentially fatal heart failure in the most severe EDs.

Pulmonary complications are not common, but can also be very serious. Self-induced vomiting can lead to aspiration, which may result in inflammation of the lungs or a punctured lung. In addition, weakened respiratory muscles can lead to the development of respiratory insufficiency, with low oxygen and high carbon dioxide levels and the need for supplemental oxygen.

Gastrointestinal (GI) complaints such as abdominal pain, bloating, and constipation are among the most common symptoms of EDs. These symptoms may reflect relatively mild disease or may indicate a life-threatening condition. Indigestion or heartburn can be caused by repeated exposure of the esophagus to stomach acid from repeated self-induced vomiting. Sequelae may include gastroesophageal reflux disease (GERD) and inflammation or spasm of the esophagus. Small tears of the esophageal wall from forceful vomiting can lead to hematemesis (blood in vomit). Prolonged starvation, chronic vomiting, and chronic laxative abuse can all contribute to significant slowing of the entire GI tract. Gastroparesis, or delayed gastric emptying, may occur after prolonged starvation and/or recurrent vomiting. It results in nausea and vomiting, as well as abdominal bloating and discomfort, which are increased with food intake. Constipation is almost universal in very malnourished patients. It is also related to slowed GI (colonic) motility and/or a consequence of chronic laxative abuse, electrolyte abnormalities, and dehydration.

Long-term complications of EDs, including infertility, pregnancy complications and fetal abnormalities, amenorrhea (lack of periods), osteoporosis (low bone density), increased risk of fractures and overuse injuries, and arrested growth, can also occur. Osteoporosis is one of the few complications that may not be completely reversible with ED recovery. Severe hypoglycemia, or low blood sugar, is uncommon in individuals with EDs; however, when seen, it can result in confusion, seizures, or a coma and can be life-threatening.

Neurologic complications are generally reversible with restoration of adequate nutrition, but some individuals may experience permanent cognitive deficits. Brain imaging has shown significant atrophy in very malnourished individuals with EDs that’s similar to that seen in Alzheimer’s disease. This atrophy may manifest as cognitive impairment such as decreased concentration and memory loss. Peripheral neuropathies (numbness and tingling in the hands or feet) are also seen in malnourished individuals and may be related to vitamin B and/or other micronutrient deficiencies. Seizures have also been reported in individuals with EDs and may be related to electrolyte abnormalities, medications (e.g., bupropion), and/or hypoglycemia.

Psychiatric complications are also frequently seen in individuals with EDs. These include depression, anxiety, substance abuse, obsessive-compulsive behaviors, self-harm behaviors, and suicidal thoughts and/or attempts. In fact, suicide is among the most common causes of death in people with EDs.

Finally, it is important to remember that eating disorders can affect individuals of any age, race, size, gender, level of education, and socioeconomic status. The vast majority of individuals with EDs do not appear to be underweight, and yet they can still experience very serious, even life-threatening, medical complications. Individuals of any weight can be malnourished or engage in inappropriate, dangerous ED behaviors. Recognizing the common signs and symptoms of EDs and encouraging the individual to seek medical care is one way that loved ones, friends, teachers, coaches, and others can help. Anyone with an ED, and especially anyone with physical symptoms commonly associated with EDs, should be promptly evaluated by a medical provider. A thorough medical evaluation is an important part of a comprehensive, multidisciplinary approach to the diagnosis and treatment of all EDs. Psychological and nutritional evaluations are also crucial. Recovery is possible and is much more likely with timely recognition and treatment.

Among other sources, more information on identification, evaluation, and treatment of the medical complications of eating disorders can be found at:

https://www.aedweb.org/publications/medical-care-standardsIdentification and Management of Eating Disorders in Children and Adolescents | American Academy of Pediatrics (aappublications.org)

Suzanne Dooley-Hash, MD, FAED is an Associate Professor of Emergency Medicine at the University of Michigan in Ann Arbor, Michigan and serves on the Board of Directors of the Academy for Eating Disorders. She is the former Medical Director for the Center for Eating Disorders in Ann Arbor, Michigan and has taught a graduate level course, Medical and Physiological Aspects of Eating Disorders, as a visiting lecturer for Plymouth State University in Plymouth, New Hampshire since 2014. She has published and presented nationally and internationally on several topics including medical complications of eating disorders, weight stigma, screening, and medical education.