Home
Prevention
Medical Myths: Eating Disorders at Midlife and Beyond 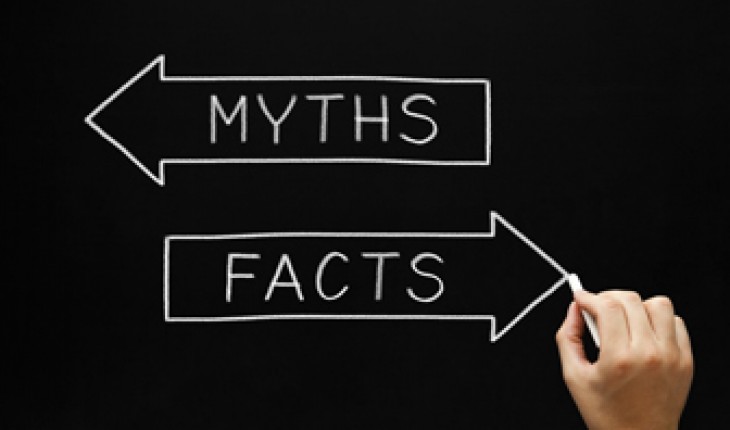 Medical Myths: Eating Disorders at and Beyond Midlife 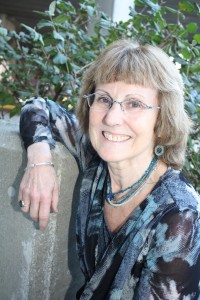 When we hear “eating disorders,” most of us visualize a teenage girl, but age does not immunize women from these serious illnesses. In fact, between 1999 and 2009, inpatient eating disorder admissions showed the greatest increase among older patients, with women older than 45 accounting for a full 25 percent (Zhao and Encinosa, 2011). Some adult patients have had a clinical eating disorder when younger and recovered partially or fully, but then relapsed later in life. Others have been subclinical but able to control their symptoms until midlife. A very small number develop eating disorders for the first time as adults.

Whatever the pathway, all health care professionals need to understand the depth and breadth of these problems in our patients, our peers, and our own professions, as we all share the cultural risk factors contributing to the increase of eating disorders in the 21st century.

Research of multiethnic pre- and perimenopausal women (ages 42 to 55) finds disordered eating common and equally frequent in black, Hispanic, and Caucasian women (Marcus et al., 2007). However, owing to the misconceptions about who is at risk for eating disorders, nonwhite women are much less likely to be identified and referred to treatment.

Myth #2: Once a woman exits adolescence, her risk of developing an eating disorder is minimal

The peak risk periods for developing an eating disorder are from late childhood into early adolescence and then from mid- to late adolescence. These developmental passages come with well-recognized external demands and internal stressors as girls move into their adolescent bodies and cultural roles, and prepare to move away from the comforts and security of childhood. But eating disorders are not over at age 18.

Myth #3: Eating disorders in adult women are a less serious public health issue than many others

Myth #4: Anorexia Nervosa is the most common and most serious of the eating disorders

In fact, Anorexia is the least common. Bulimia is more frequent, but Binge Eating Disorder and the “atypical” eating disorders (having many but not all of the symptoms of Anorexia or Bulimia or both)—now called Other Specified Feeding or Eating Disorder (OSFED)—are the most frequent, especially among adult patients.

Often for adults, the eating disorder has changed over time, starting with one category of symptoms and moving to another. Years of starvation may lead to bingeing and purging. Obsessive exercise may substitute for other symptoms like self-induced vomiting and misuse of laxatives and other medications, but medical professionals are apt to overlook this purging technique.

Myth #5: Anorexia Nervosa is the most serious eating disorder

All eating disorders have serious side effects and mortality risks. Although the low weight of Anorexia makes us readily consider malnutrition, an average- or high-weight body suffering with an eating disorder may be at equal risk owing to chronic chaotic nutritional intake.

The issue is less the specific diagnosis and more the frequency, intensity, and duration of the symptoms and other contributing factors—like comorbid substance abuse, severe mood and anxiety disorders, and trauma. For example, alcohol abuse increases risk of death due to medical issues or suicide (Herzog et al., 2000).

As with younger patients, every system in the body is affected by malnutrition, but medical complications can emerge quickly despite years of stability. Patients who have struggled for decades often think they have mastered the system and will escape critical medical issues, but the body does eventually break down.

Myth #7: The BMI is the gold standard for health and is relevant for evaluation and goal setting for eating disorder recovery

The BMI is a population statistic and tells us nothing about an individual’s health or about the presence or status of an eating disorder. Many people have very serious long-standing eating disorders despite a weight that is at or above average, as chronic caloric restriction can lower the basal metabolic rate. Women’s bodies are complex, with cyclical weight shifts surrounding menses and pregnancy, as well as at menopause when metabolism slows 15 percent to 20 percent. Biologically programmed hormonal shifts generate an increase in the size of fat cells, in turn aiding the production of estrogen to maintain bone density, decrease the risk for osteoporosis, and help to manage symptoms of menopause (Waterhouse, 2003).

Moderate weight gain at midlife is actually associated with longer life expectancy for women (Dolan et al., 2007; Janssen et al., 2005). It is possible to be both fit and fat—the quality of one’s dietary intake and activity level is the critical factor, not weight alone (Bacon & Aphramor, 2014; Gaesser, 2002). The BMI is not only a limited parameter because of its inability to predict individual health status, it is also misleading and can allow for erroneous beliefs and attitudes contributing to eating disorders.

Myth #8: Genetics are the primary contributor to eating disorders

While biogenetics predispose some to eating disorders, genes code for risk and not for a specific disease. Eating disorders are multi-determined, best described as a perfect biopsychosocial storm (Maine & Bunnell, 2010). Shared environmental influences (intergenerational family attitudes toward weight, food, body image, and emotional expression) and cultural pressures on women contribute equally to genes.

In truth, the single best predictor of risk for developing an eating disorder is simply being born female (Striegel-Moore & Bulik, 2007). Women are experiencing unprecedented stress owing to interactions among: rapidly changing social roles in a globalized, consumer culture; strict cultural standards regarding women, weight, and appearance; unattainable media images; and a fear of obesity. We have never had so many opportunities; nor have we ever had more stress and pressure to achieve (Maine & Kelly, 2016).

Young women are not the only generation affected by our rapidly changing world and the messages about women’s bodies and value—these also bear down hard on adult women.

Myth #9: The signs and symptoms of an eating disorder in adult women are easy to identify

Most adult women with eating disorders do not have a significant weight loss, as in anorexia. Their weight may be average or above, so their eating disorders stay under the radar. After suffering for decades, they have learned to push themselves through any discomfort, having gradually adjusted to how tired and ill they may feel. They are experts at hiding their symptoms and their true needs and hungers. Most function at a very high level in their personal lives and careers, and get constant positive feedback about their accomplishments, appearance, and “discipline” when it comes to eating and exercise. One adult patient described to me: “I used to just be a mess. Now I’m a high-functioning mess.” They suffer silently.

Myth #10: These are chronic illnesses with little chance for recovery

Eating disorders can have a chronic course, but with adequate treatment, most women will recover. However, many factors can interfere with this. First and foremost is the woman’s deep shame for having what the medical world sees as a teenager’s problem. Most are embarrassed, fearing judgment if they admit to an eating disorder, because they “should know better.” This creates enormous barriers to seeking help. The tendency for medical providers to overlook eating disorders and to focus more on the benefits of weight loss because of the increased rate of obesity creates a professional barrier, as well.

Incorporated into medical assessments, the following questions could launch a productive discussion of the role of food and weight concerns in a woman’s life.

Once a woman is diagnosed, the next barrier is access to care. She may not have local, specialized services available, or she may not be able to take time away from her many roles if she needs more than outpatient care. Women tend to carry the weight of multiple responsibilities for their families, raising children, working, taking care of extended family members, and being active in their communities. Making time for themselves is not an easy task.

For those adult women who come into treatment, most will find relief from the loneliness and isolation of their eating disorder and will gradually begin to make peace with their bodies and with food.

Recovery is a slow process. It also is not a black and white condition—all better or deeply entrenched in the eating disorder. Unlike recovery from substance abuse, the woman cannot just abstain. Instead, day in and day out, she has to deal with food, weight, eating, body image, and a culture and social environment full of negative and confusing messages about all of these. She also is likely to be responsible for the nutritional intake of her family, including shopping, meal planning and preparation, and managing their likes, dislikes, and sensitivities. Food plays a central part in a woman’s social role, making her own conflicts and concerns about eating and body image even more complicated and her recovery process challenging.

Health care professionals play a vital role when they tune in to women’s eating and body image concerns, instill hope, provide support, and collaborate with other providers, especially the primary psychotherapist, to set reasonable goals and make treatment decisions together.

The take-home message: All health care personnel need to be attuned to the possibility of eating disorders in their adult patients. This is not just the job for mental-health providers and pediatricians—obstetricians and gynecologists, family practitioners, internists, endocrinologists, and even geriatricians all have a vital role in the fight against eating disorders.

Bulik, C.M., & Reba-Harrelson, L. (2008). A novel collaboration between Self magazine and the University of North Carolina at Chapel Hill: Patterns and prevalence of disordered eating in a probability sample of American women ages 25-45. Paper presented at the 2008 International Conference on Eating Disorders, Seattle, WA.

Gupta, M.A. (1995). Concerns about aging and a drive for thinness: A factor in the biopsychosocial model of eating disorders? International Journal of Eating Disorders, 18(4), 351-357.