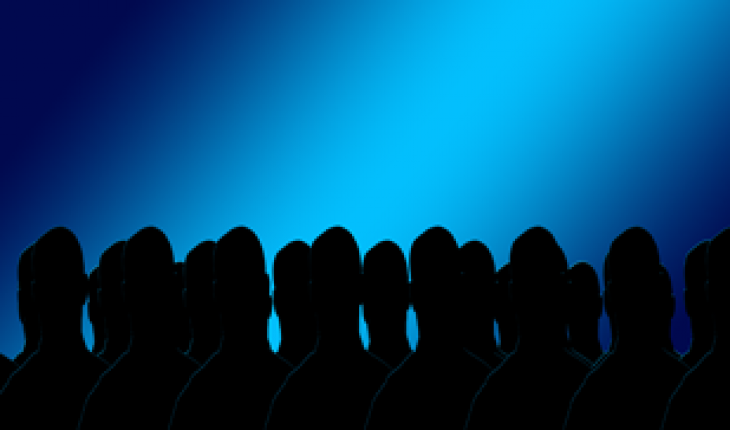 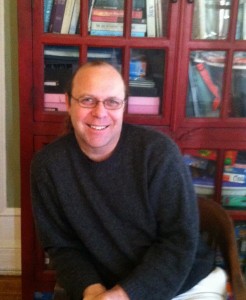 As those who work with people with eating disorders know, the landscape is changing in ways both positive and negative, exciting and troubling, and medically/therapeutically appropriate and terribly harmful, often at the same time. As the diagnostic criteria for eating disorders have changed to reflect the people we actually see in our offices, one positive shift has been the change in patient demographics. Though there is an unfortunate absence of research into this issue, one anecdotal change has been the increase in men seeking therapeutic assistance for eating disorders, body dissatisfaction, compulsive exercising, weight gain/loss, and many other issues commonly thought of as being the purview of women (Cox, 2017).

I recently jumped at the opportunity to form a men’s group at Balance Eating Disorder Treatment Center, in NYC. It was something I’ve wanted for awhile, but amassing a concentrated group of men to form a group has proved difficult. Balance advertised in as broad a manner as possible to attract as many members as possible. We invited men interested in examining their relationship with food, body, self, and society, focusing on body image concerns, emotional eating, relationship issues and sexuality, nutrition, healthy exercising, communication, and coping skills. We didn’t know who would respond.

The uniformity of the men who responded surprised us all, and it meant we had to adjust in unanticipated ways. The initial four responders were compulsive overeaters or binge eaters. Three of the four were over 50 years old. None appeared like many men I’ve treated; college aged, perfectionist, self-sacrificers, calorie counting, exercise dependent men struggling to feel agency or to make their life feel productive. The men in this group had struggled with weight their entire lives, and stated “losing weight” as the primary reason for joining this group, despite the fact that “losing weight” was not mentioned in the advertising literature.

Several issues quickly became apparent as I read their charts prior to the first session. The group room I was sitting in, reading and mentally preparing, was a lovely, partially brick-walled, peaceful room with a comfortable leather sectional couch, easily seating three, a smaller couch designed for two, and a straight backed wooden chair. This lovely room was wholly inappropriate for this group. The sectional couch was low and deep, making it difficult for higher weight people to get in and out of. The smaller loveseat would not comfortably seat two large men, and this room, which could easily hold 6-7 young anorexic men or women, was going to strain with the five of us. We needed to change rooms.

We switched to the “Yoga” room. As the name indicates, yoga mats and blankets were the only dedicated seating in that room, and the most accessible chairs were white plastic folding chairs usually reserved for events. By the second session, we found more comfortable chairs and added a table and water pitcher. We had arranged our space.

Their individual reasons for joining the group shared a common thread of “needing to do something different” in order to lose weight. Some felt deep shame and struggled with isolation, others enjoyed the indulgence of overeating, but the physical toll was too much. All had been trying for years, in some cases decades, to feel better about themselves through weight loss, and nothing had been able to stick. “Why,” I asked, “if the times you’ve spent at a lower weight were happier, have you been unable to keep the weight off?” I was met with the usual self-blaming, static answers citing “self control,” “bad choices,” “weakness,” etc.

I am often asked about the differences between treating men and women with eating issues. Ultimately, I believe, there is little difference. The underlying issues are similar, typically stemming from deep feelings of absence of self worth, a subconscious need for self-sabotage, perfectionism run amuck, and most importantly, an historical inability to communicate one’s feelings and emotions in an effective way or to an empathic ear (Zerbe, 2007, Schneer, 2002). These factors are true for men as much as women, and their answers to why they have been unable to keep weight off were the same. I knew with this group, given the ages and work and life histories, directly confronting the behaviors related to weight would be useless. They needed to try to understand and put into words why they ate the way they did.

One issue that made an impression was a discussion of “comfort feelings.” All acknowledged they often ate (and ate and ate) as a way to attain comfort. We examined what comfort meant to each of them. I then asked them to name their “comfort food.”

“Is your comfort food the same dish you would order in the restaurant you would choose if your boss wanted to take you out to dinner, money no object?” I asked.

After some negotiations, all answered “no.”

“So ‘comfort’ food doesn’t necessarily mean ‘favorite’ food, or even necessarily ‘good’ food? Is it possible the same might be true with “comfort feelings?”

After some discussion, we agreed if the feeling state we are most comfortable with is one of feeling bad (or chaotic, angry, victimized, etc.), then the purpose of eating in the manner these individuals did might not be to make them feel good or comforted in the traditional sense, but the exact opposite. The purpose of their bingeing, or overeating, might be to provide a concrete reason to feel bad about themselves. Despite the collective years of therapy for these men, this seemed to be a new idea.

The early stages of this group have been to start to understand and chip away at the shame that prevails for some of them, and to move them from the fixed notion that their shame is because of their size, to the possibility that they are fat because they feel great shame (I use the term “fat” in the manner best described in the Forward of the Fat Studies Reader, Wann, M, 2009). Put another way, one member’s depression might be the cause of his weight and eating issues, not the result of said issues. That being said, the group is not uniform in its feelings of shame. One member in particular suspects his eating habits are a coping mechanism for anxiety rather than shame or depression. I am inclined to agree.

The reality is that men and women are not as different as our perception might lead us to believe. Hormonal differences primarily related to reproductive mechanisms certainly account for many of the biological differences. Societal expectations, roles, biases, and prejudices account for much of the cultural differences. However, men and women both require a loving, supportive, nurturing, “good enough” environment in which to grow up (Winnicott, 1960). If the genetic predispositions and the home environment combine to create difficulties, using food to assuage emotional needs is one of the possible results (Schneer, 2002). Men might be more reticent than women on average. Women might be more open to discussing feelings with others more easily. The importance of creating a physical space and an emotional climate conducive to open and honest discussion is the same for everyone.

I look forward to the next stages in this group, when an understanding of some of the underlying issues, and a cohesiveness within the group can foster a self-acceptance that will make behavioral changes easier to establish. Those changes could be dietary, activity based, lifestyle, or other concrete changes. If this group goes according to my hope, which, as indicated earlier in this piece, I can’t count on, the changes could also be more subtle and will assist them in shedding the shame, guilt, misplaced responsibility or other past grievance which will allow them to subsequently shed the behaviors that keep them stuck in a physical body they either don’t want or they blame for all their problems.

Jacob Pine, LCSW, is the Co-Director of the Center for the Study of Anorexia and Bulimia and a therapist in private practice in New York City. He completed his post-master’s training at CSAB in the integrated treatment of eating disorders after receiving his master’s degree in social work from Fordham University. He worked as a chef for many years after getting his undergraduate degree in music and political science from Johns Hopkins University and The Peabody Conservatory. Jacob believes compassion, empathy, psychological understanding, and behavioral interventions are the keys to affecting change in people’s lives. Jacob regularly treats individuals, couples, families and groups.  His approach is primarily psychodynamic, and incorporates techniques and philosophies from CBT, DBT, family systems, interpersonal, and other therapies.