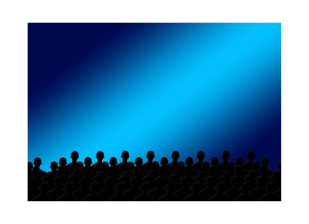 Approximately two and a half years ago, I began facilitating a men’s eating disorder group at Balance Eating Disorder Treatment in New York City. Despite studies indicating (1,2) and news articles illuminating (3,4,5) that men are increasingly part of the eating disorder and disordered eating community, whether with fully diagnosable eating disorders such as AN, BN, and BED, closely related issues such as body dysmorphia, exercise “addiction,” or orthorexia, or “simply” body image dissatisfaction and emotional eating, male oriented eating disorder treatment remains elusive. This group presented an opportunity to address that need. 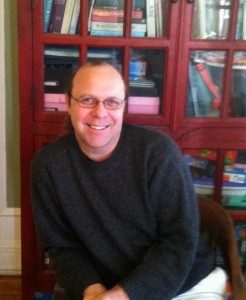 A theoretical discussion about dividing ED treatment by sex or gender is an interesting one (6), though not the focus of this article. Many group-oriented therapies and fellowships don’t make that distinction. Single sex meetings in the “Anonymous” groups are available (7), but they are not the norm. It is generally understood that the “disorder,” in this case an eating disorder, is paramount to the sex/gender/race/ethnicity/sexuality/class of the individual struggling with the disorder. While the origins of eating disorders are essentially the same for women and men: genetic predispositions to anxiety/depression, low self-esteem, perfectionism, parental mis-attunement, external pressures not meeting internal needs and desires, trauma reactions, and difficult communication patterns, to name a few, there certainly exist societal differences between the sexes, and a single sex group for people with a tendency to use food to assuage their non-food hungers, presented an opportunity to explore with one less source of pressure.

The group began with four heavy men struggling with BED or severe overeating. The group still has four men, though only one original member. When the group began, we explicitly agreed that this was not a weight loss group, though each and every one of the members expressed a desire to lose weight. I preferred to focus the group on histories, experiences, and current situations rather than focusing on techniques and strategies for weight loss. I felt it more useful to look for patterns that might potentially be disrupted, helping a person change their feelings, thought processes, and ultimately, behaviors.

That is not to say we never discuss diet or exercise, or provide support for members trying to develop different habits. Recently, one member was casually informed he would need to lose weight prior to having an important medical procedure. This birthed a several-week, at times heated, discussion about weight bias in the medical profession. Each member, as well as several in my private practice, have had delayed or mis-diagnoses due to being “overweight.” This discussion proved a helpful “cohesion-building” opportunity, that then allowed us to shift focus to finding ways he might get a little more physical activity in his daily life. We tried to identify some “low hanging fruit,” i.e. easy to identify and relatively easily accessible, daily eating habits that might be temporarily put aside in order to achieve this medical directive. The following week, after expressing appreciation for the support, he told us he realized he probably shouldn’t rush the weight loss. The medical procedure would still be an option if he didn’t lose the weight until the next season instead of next month, and he felt much more positive and optimistic about his prospects. Some may say we missed an opportunity. I saw it as a way for a man to feel heard, and to be able to make a medical decision without excessive pressure. A postscript to this story, and one that supports the concept of weight bias in the medical profession, is when he went back for the follow-up, he had lost about ¼ of the weight they told him to lose, but they did the procedure anyway.

On the other hand, one long time member left the group because he explicitly needed to lose weight in order to be able to get multiple joint replacement surgery. He indicated that he was surprised how much he learned about his relationship with his mother and son in an “eating disorder” group. He recognized the “more is better” role food plays in his life, and why he tends to adhere to that philosophy, but now he had a more pressing priority. He decided to go to a weight loss management center in a hospital. Other members have left due to job situations, and a few began and disappeared rather quickly.

Anger, as those of us who work with eating disorders know, is rarely far from the surface, even if it isn’t easily expressed. This group has been no exception. For the first year or so, I tried to help the group steer clear of politics. Political discussions often allowed members to express strong feelings of frustration and impotence, but shielded them from looking at how those feelings applied to them. Because the state of politics was what it was in early 2017 and the feelings expressed were so raw, it was difficult to get past the external triggers to the internal experiences. It also created arguments that were not conducive to a safe, close environment, in which people could reveal deeply personal information and rely on others for helpful words. Because the makeup of the group has changed such that the political disagreements are not as stark, I recently made the mistake of allowing one session to devolve into an angry discussion of the problems with the current government. The following week, one member told me he had felt a bit traumatized by the discussion and had eaten on his way home from the group, something he would not have normally done.

At least two men have left the group due to issues related both directly and indirectly to their anger. One had so much unprocessed self-hatred built up, he could not fathom feeling differently, and verbally fought with anyone who expressed the possibility that fat people did not deserve society’s scorn simply for being fat. When we discussed the concept that his binge eating was likely a replacement for other, possibly darker, more disturbing thoughts, he became famous in the group for saying, “So how do we know I am not a 150lb arsonist? Maybe my being fat is really protecting society.” He attended group at two different periods for extended time periods, but ultimately could not internalize the concept that he did not deserve to feel the way he felt.

Another member, whose easy-going and friendly demeanor hid an explosive anger that he acknowledged existed in most men in his family, left the group after reading a book which blamed the government, advertisers, and the medical community for the levels of, and the medical problems associated with, obesity in this country. Unbeknownst to me and the other members in the group, he had been frustrated with having not lost weight, and had been considering leaving the group as a result. Because leaving would have been akin to quitting, he picked fights on three successive weeks with me and members of the group, mostly for trivial reasons related to things he read in the book and then decided to leave. Though he wrote a nice email informing me of his decision to leave, it was clear he needed the anger to help propel him to leave.

This group continues to surprise and please. Some new members appreciate the fact they attend a therapy group for people who are not satisfied with their eating habits and/or their body image, others wish the group focused more on weight management. The member who underwent the medical procedure discussed above was shortly thereafter leaving New York for two months. He genuinely thanked the others for allowing him to come in for one week between the procedure and his travels. He was so relieved to have gotten the procedure and was looking forward to how it might change his life. He knew the men in the group were some of the few who might understand how he felt. Another member, upon learning I might be taking two weeks off at the end of August, asked if I might consider finding coverage for one of those two weeks. I underestimated their appreciation and reliance on the group.

A third, the only remaining original member, frequently cites ideas, interpretations, and concepts we regularly discuss in the group and frequently reminds us how important the group is to him. He calls me out when I contradict myself from some other point in the past two years, or if I say something that comes across as too black or white, as that tendency is one I try to point out in the members. It is an important reminder that though I may be the leader of the group, it is not mine.

Jacob Pine, LCSW, is the Co-Director of the Center for the Study of Anorexia and Bulimia, a division of the Institute for Contemporary Psychotherapy, and a therapist in private practice in New York City.  He completed his post-master’s training at CSAB in the integrated treatment of eating disorders after receiving his master’s degree in social work from Fordham University. He worked as a chef for many years after getting his undergraduate degree in music and political science from Johns Hopkins University and The Peabody Conservatory.  Jacob believes compassion, empathy, psychological understanding, and behavioral interventions are the keys to affecting change in people’s lives. Jacob regularly treats individuals, couples, families and groups. His approach is primarily psychodynamic, and incorporates techniques and philosophies from CBT, DBT, family systems, interpersonal, and other therapies.