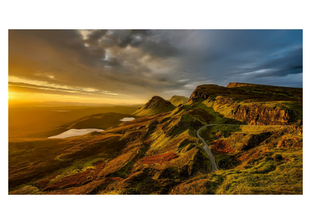 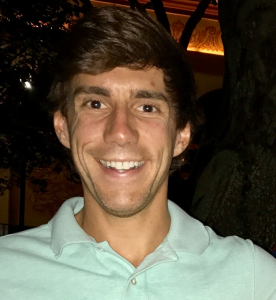 From a very young age, I can always remember being interested in sciences, such as astronomy, chemistry, and geology. I was fascinated with how the world worked and more specifically how the human body functioned. My interest in Dietetics and Nutrition started to progress in high school when I began running competitive cross-country and track. I became interested in what types of foods to eat pre-and post-race, in addition to what foods would increase my performance.

I began my freshman year in college as a pre-medicine student who was not really sure which direction he wanted to take. The second semester of that same year, I took my first nutrition course. I did not know it at the time, but this would plant the seed for my lifelong passion for how food affects the body, how diseases can be prevented and cured by nutrition, and how nutrition can significantly affect sports performance.

In terms of eating disorders, I had little to no knowledge of them growing up as a teenage boy just south of Nashville, Tennessee. I did not understand eating disorders or addictions such as substance abuse, partially from a view of ignorance, partially from zero exposure (or so I thought). That being said, I remember having a preoccupation with my own body image dating back to elementary school and that progressed with adolescence. I also grew up in a very restrictive household in terms of food – where hunger and satiety cues were left at the door.  Now I know that experience, among others, contributed to my eating disorder.

Around my sophomore year in high school I began to intentionally restrict food, calories, fat, and sugar.  I started to run track that spring, and observed how thin some members of the team were, as well as how/what they ate at meals. This restrictive but not yet “out of control” behavior progressed slowly through my junior year, and the following summer is when I remember feeling a “loss of control” in terms of how much food I consumed. So, I ran more miles and lifted more often in order to compensate. Then, during the beginning of my senior year of cross-country, a year where I had finally achieved number one runner status and was featured in the main newspaper in Nashville, I experienced real loss for the first time. I nearly tore my right Achilles during a long run at practice, essentially ending my season. This is where my eating disorder of food restriction and over-exercising exponentially grew. By the end of my senior year in high school, I was 5’10” and around 125 lbs.

At the beginning of my freshman year in college I again experienced the same type of loss I had one-year prior. My body, being grossly underweight and significantly weakened by the eating disorder, sustained a stress fracture in my back.  Again my “star season” was over, and again I turned to my eating disorder to cope. Except this time, I added binging and purging to the list.  It was not until the following summer that I remember confessing my eating disorder to my mother and asking for help. It should be noted, however, that I did not notice a problem until I started binging and purging. During the “anorexic” phase of my eating disorder, I was rarely told I was too thin, did not eat enough, or that I exercised excessively. Instead, I was congratulated by peers and family members for “being healthy,” “looking so good,” and my “dedication to fitness.” This represents an enormous problem in our society: restricting food and over-exercising is encouraged, while binging and purging is condemned.

I began eating disorder day treatment at a facility in Cleveland, Ohio, where I was going to school between October/November of 2007. This is where the process of recovery from binge-purge anorexia, my diagnosis, started for me. The first time I visited home, I found that my family had assembled a makeshift treatment team, complete with a Registered Dietitian who had a private practice near downtown Nashville and specialized in eating disorders.  It was during this time period, over nine years ago, when I realized what I was meant to do – become a Registered Dietitian and specialize in eating disorders treatment. Over the past nine years I have experienced significant bumps along the road, but now I am less than six months away from entering the field of Dietetics and Nutrition. The last several months of my internship have all but cemented the fact that treating clients with eating disorders is my calling, and my feelings of excitement and gratitude are indescribable.

Kenneth Snyder is a student at Keiser University in South Florida. He is currently finishing the last months of his internship for a Bachelor of Science in Dietetics and Nutrition, and expects to graduate in early March 2018. Kenneth specifically has interests in eating disorders, sports nutrition, and dietary supplements, and is currently training for the 2018 Boston marathon. His ultimate goal is to specialize in eating disorders as a Registered Dietitian/Licensed Dietitian Nutritionist, and he hopes to help both men and women recover from their illness. Kenneth can be reached at ken.snyder07@gmail.com