Home
Feature
“No, We Can’t Have Our Cake and Eat It Too: the Downside of Mindful Emotional Eating” 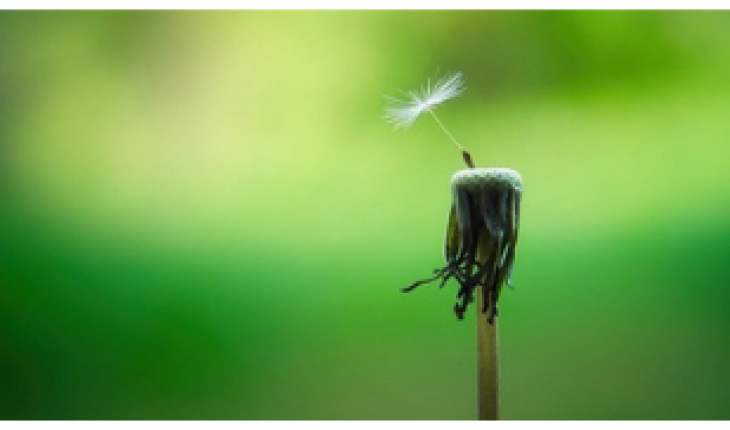 When I first heard about the concept of mindful emotional eating, I was okay with it. I even did a blurb for a book about it several years ago, as it seemed like a reasonable alternative—If you’re going to eat emotionally, why not do it mindfully? After all, eating is best done with consciousness, focus, awareness and an eye toward pleasure.

But as time went by and I read more articles on mindful emotional eating and talked with clients and eating disorders colleagues about it, I started to view it differently: as a deterrent to “normal” eating. Let me define what the term means. “Normal” eaters seek food mostly when they’re hungry and decline food when they’re not, choose foods they crave and enjoy, eat mindfully, and stop when they’re full (quantity) or satisfied (quality). They may occasionally eat when they’re happy or unhappy and may even overeat at those times and not think much of it. That is, they eat emotionally, mindfully or mindlessly, without guilt, shame or much regret.

I say all this as an eating psychology therapist for 30-plus years, an author of eight books, and, at 74, someone who is half-a-lifetime recovered from chronic dieting, bulimia, and mindless, emotional, binge and overeating. I highly doubt I ever would have recovered if I’d been encouraged to engage in mindful emotional eating.

Intermittent or partial reinforcement strengthens habits
Assuming that someone is trying to end a pattern (a key word in this discussion) of emotional eating, let’s definitely encourage them to have compassion for themselves when they seek food to deal with the blues or the blahs. Let’s help them understand that there should be no guilt, shame or judgment involved because they are not doing something bad; they’re actually trying to make themselves feel better! They’re doing what the best they can and what “normal” eaters do on occasion without giving it a second thought.

However, since emotional eaters don’t want to use food to manage their emotions on a regular basis, they need to not eat emotionally more times than they do eat emotionally to break the habit. Habits are not broken through intermittent or partial reinforcement which means sometimes getting a reward and sometimes not getting one, sometimes eating emotionally and sometimes not. When we crave food to regulate our feelings and repeatedly eat in response to this desire, we strengthen the neural pathways among feeling, food seeking, and the relief eating brings.

Mindless eating is often a yearning for mindlessness or pleasure

Much, but certainly not all, emotional eating is meant to capture the feeling of mindlessness. When you turn to food, you’re really looking for a way to de-stress, turn off your brain, and relax your body. So, if you’re eating mindfully when you really yearn to zone out, you’re going to be sorely disappointed because mindful eating will not meet that need. Better to find a mindless, enjoyable activity to suit your mood.

I’ve found in my practice that emotional eaters not only need more mindless time, but more joy, fun and pleasure in their lives in general. If they’re seeking lasagna or peanut butter ice cream as a shot of pure delight, it might do the trick if eaten mindfully or mindlessly, but maybe some other mindless pleasure will work as well or better. Eating for pleasure is one activity out of many others that tickles our sweet spot and triggers dopamine in our brains. But often emotional eaters don’t bother to go out and find those activities because it’s much easier to grab a bite of whatever’s in the refrigerator.

I think I understand that mindful emotional eating is meant to break the connection between eating out of intense feeling and consequent guilt, shame, or judgment. Of course, we don’t want to encourage them to experience what they’re doing as wrong or bad. We want them to feel non-judgmental, curious and compassionate about all of their behaviors.

Additionally, we want them to feel responsible and accountable. Some of the articles I’ve read about mindful emotional eating seem to be saying that we can’t embrace all those feelings at once and I can’t imagine why. Feeling responsible doesn’t mean someone is saying, “Oh, there I go again, bad me, eating the wrong things.” But it may involve saying, “I want to broaden my choices for pleasure and mindlessness and therefore, I won’t eat this right now.” We can have compassion for ourselves and understand why we’re doing what we’re doing and where the behavior comes from historically while at the same time thinking that we don’t want to continue to engage in it habitually any longer.

Imagine telling someone who’s habituated to alcohol, pornography, gambling, drugs, or cigarettes that it’s fine to do whatever they’re doing as long as they do it with mindfulness! Why tell someone that “mindful emotional eating” is okay when most other self-harming habits done regularly would not be encouraged, mindfully or otherwise. I worry that the message to engage in emotional eating as long as it’s done mindfully is confusing at best to dysregulated eaters and at worst deters them from learning more effective habits. While I applaud the intent to take away the cultural stigma around emotional eating, I seriously doubt it’s going to help eaters break the habit in the long run which is what most of them want to do and what their clinicians want for them.

Karen R. Koenig, LCSW, M.Ed., is a licensed psychotherapist, motivational speaker and international author who has specialized in the field of compulsive, emotional and restrictive eating for more than 30 years. She received a B.A. from Boston University, an M.Ed. from Antioch College and an M.S.W. from Simmons College School of Social Work. She lives, teaches and practices in Sarasota, Florida.

She is a co-founder of the Greater Boston Collaborative for Body Image and Eating Disorders and a former member of the Professional Advisory Committee of the Multi-service Eating Disorder Association of Massachusetts.

Among other publications, her essays and articles have appeared in Social Work Today, Social Work Focus, The Newsletter for the Society for Family Therapy and Research, Positive Change, Attitudes Magazine, The Boston Globe, The Boston Herald, The Sarasota Herald-Tribune, The West Roxbury Transcript, Equal Times, and Single Living. She has been quoted in The Wall Street Journal, Ladies’ Home Journal, AARP Online, Women’s Health, Shape, Self, Berner Zeitung and OK magazines. Among three of her books, there are 10 foreign-language translations.