Home
Body Image
The Power of What We See: An Examination of Weight Bias in Television Programming

The Power of What We See: An Examination of Weight Bias in Television Programming 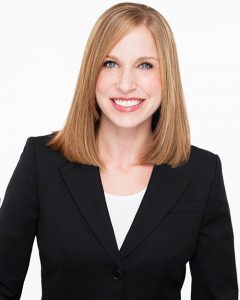 This data is not only powerful, but pivotal in illustrating the many ways the media can impact how we see and feel about our bodies as well as those around us. Living in our culture, we are exposed to numerous images each day dictating how we “should” look. Inherent in these messages can be the notion that fat is bad and thin is good. Although these messages are prevalent in countless media streams, television continues to be a primary media outlet. When we look closely at how body shapes and sizes are characterized in television, several trends and patterns of weight stigma become apparent.

What are the implications?

The messages in television programming misrepresenting size diversity and people in higher weight bodies contributes to harmful and inaccurate stereotypes. These patterns imply that a person’s character or personality is negatively linked to their body shape and size.  Laughing at individuals in higher weight bodies and casting them in a negative light reinforces weight bias that is already common in our culture. It perpetuates weight-based stigma, the harmful notion that it is acceptable to make fun of those in a larger body.

Furthermore, by stigmatizing individuals with a higher body weight in these ways, TV programming is reinforcing the thin ideal making it seem as though thinner bodies are something we must strive for in order to be happier, healthier, well liked, and successful.

Much of the programming is geared toward a younger audience, one particularly vulnerable to developing attitudes and beliefs about others and their own bodies as well.

What can we do?

Kristine Vazzano, PhD is a licensed clinical psychologist and eating disorder specialist. She maintains a private practice and is the co-founder and clinical director of the Center for Eating Disorder Assessment, Recovery and Support (CEDARS) an eating disorder treatment center in metropolitan Detroit. In addition to her clinical work, she is a frequent speaker at national and international conferences, and has held several leadership positions within the Academy for Eating Disorders.

Dr. Vazzano believes everyone deserves a life free from food and weight preoccupation and developed CEDARS as a means of providing additional tools to guide clients on their recovery journey.