Home
Bulimia
Psychopharmacology in the Treatment of Bulimia Nervosa 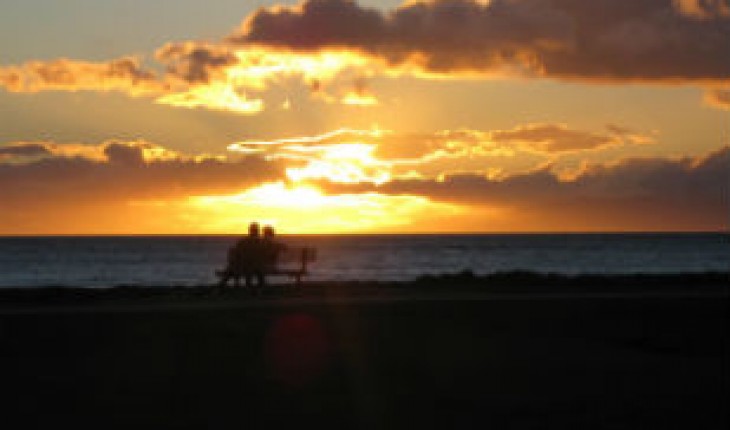 Psychopharmacology in the Treatment of Bulimia Nervosa 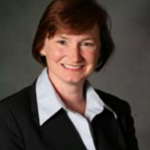 Bulimia nervosa is a complex problem that is frequently associated with medical and psychiatric comorbid problems. Bulimia nervosa broadly interferes with a person’s life, affecting physical, social, and developmental functioning. Bulimia nervosa manifests itself in three primary behaviors: binge eating, which we define as eating an amount of food that is definitely larger than most people would eat in a similar circumstance; extraordinary efforts to prevent weight gain—for example, by self-induced vomiting; and self-evaluation or assessment of self-worth that is excessively influenced by body weight and shape (See Table 1)

Bulimia nervosa is best treated with a multidisciplinary, multidimensional approach. Ideally, treatment includes both nutritional rehabilitation and psychotherapy. Nutritional rehabilitation aims to reduce bingeing and purging episodes, as well as food restriction behavior, with planned, structured, and consistent meals and snacks. Interpersonal and cognitive behavioral psychotherapies have been shown to be effective in understanding and controlling bulimia nervosa symptoms.

Medications are often helpful with the treatment of bulimia nervosa, both for managing the core eating disorder symptoms and for treating the frequent psychiatric comorbidities associated with bulimia nervosa. Although medication is most effective when combined with psychotherapy, pharmacotherapy alone (or combined with self-help books and educational materials) is a reasonable alternative if specialized psychotherapy and nutritional care services are not available.

There are several classes of medications that have been studied for the treatment of bulimia nervosa. The most effective and most promising include antidepressants and, to a lesser extent, seizure control medications. Other medication classes, such as attention deficit/hyperactivity disorder (ADHD) and anti-addiction (anti-craving) agents, have also been shown to be helpful for the treatment of binge eating disorder (BED) and could prove helpful to some patients with bulimia nervosa.1

Antidepressants are the most extensively studied drugs for treating bulimia nervosa and should be considered as the first-line pharmacologic intervention. They have been shown to reduce the frequency of binge eating episodes and of purging behaviors. Several classes of antidepressant medications have proved effective in randomized controlled studies, in systematic reviews, and in meta-analyses. These include tricyclic antidepressants (TCAs), selective serotonin reuptake inhibitors (SSRIs) and monoamine oxidase inhibitors (MAOIs), bupropion (Wellbutrin), and trazodone (Desyrel).

Several SSRIs in particular have been shown to be consistently effective in reducing the core behavioral symptoms of bulimia nervosa and have favorable safety profiles that support their use. The only medication approved by the U.S. Food and Drug Administration (FDA) for bulimia nervosa is the SSRI fluoxetine (Prozac). In the largest randomized, placebo-controlled pharmacotherapy trial for BN to date, fluoxetine at a dose of 60 mg/day was superior to placebo in reducing binge episodes (67% versus 33%) and vomiting episodes (56% versus 5%). Fluoxetine 60 mg/day was also superior to placebo in reducing depression, carbohydrate cravings, and pathological eating attitudes and behaviors. Typically, higher doses of SSRIs are used in the treatment of bulimia nervosa than are used in the treatment of depression. Fluoxetine at a usual antidepressant dose, 20 mg/day, was found to have only intermediate effects for BN symptom control. At both doses, fluoxetine was well-tolerated without causing weight gain or mood instability.2 Fluoxetine has also been shown to be effective in bulimia nervosa patients with an inadequate response to psychotherapy3 and in bulimia nervosa patients treated in a primary care setting.4

In treating bulimia nervosa, we can often assess response or lack of effective response to fluoxetine within a few weeks, as opposed to the month or more it takes to assess response when fluoxetine is prescribed for depression and anxiety. This is important when urgent intervention and assessment is needed to stabilize medically or psychiatrically destabilizing eating disorder symptoms. A large study of BN patients suggests that if the frequency of bingeing and purging episodes has not decreased by at least 60% by week three of treatment, this medication trial will prove unhelpful in nearly 80% of those patients who go on to complete a full eight weeks of treatment.5

While most of the evidence of efficacy for medications is focused on trials lasting only weeks in duration, both fluoxetine and another SSRI, fluvoxamine (Luvox), have been shown to reduce the frequency of relapse over a more sustained period of time. In the largest randomized, placebo-controlled maintenance pharmacotherapy trial to date, outpatients with bulimia nervosa who had demonstrated a good response to treatment with fluoxetine at 60 mg/day during the acute treatment phase were found to have a significantly delayed time to relapse (defined as a persistent return to baseline vomiting frequency) when they remained on this medication compared with those switched to placebo. Long-term fluoxetine use was also shown to be superior for vomiting episodes, binge eating episodes, obsessive-compulsive symptoms, and general well-being. However, like most studies involving eating disorder patients, this longer study was complicated by high attrition rates. For the 58-week study, dropout rates were 83% for patients treated with fluoxetine compared with 92% with placebo.6,7

Other SSRI medications shown to be effective for the treatment of bulimia nervosa include citalopram (Celexa) and sertraline (Zoloft). Trazodone, studied at doses of 200 mg/day to 400 mg/day, was shown in one randomized, placebo-controlled study to be superior to placebo for bulimia nervosa symptoms. Forty-two female patients participated in the study, with few adverse outcomes seen and no patient dropout. Interestingly, the positive effects of the medication were sustained at 9 to 19-month follow-up.8

MAOIs (e.g., phenelzine) and TCAs (e.g., desipramine, imipramine, and nortriptyline) have also been shown to be effective. However, owing to common and potentially dangerous adverse events associated with their use, these medications are generally reserved for refractory cases and for use by psychiatrists with considerable eating disorder expertise. Bupropion (Wellbutrin) has also been found helpful in controlling bulimia nervosa symptomology, but has been associated with an increased risk for seizures, and is contraindicated for the treatment of bulimia nervosa and other eating disorders.9

It is important to recognize that the use of antidepressants includes significant risks associated with use during pregnancy, possible risk of increased suicidality in adolescents and young adults, risk of manic symptoms in patients with bipolar disorder, and possible weight change as a side effect. Prior to initiating pharmacotherapy, patients should be counseled regarding these risks and carefully screened for additional risk factors and comorbidities.

The antiepileptic drug, topiramate (Topamax), has been found to be effective for bulimia nervosa treatment in two separate randomized, placebo-controlled studies. Average dosing of topiramate ranged from 100 mg/day to 250 mg/day. Topiramate was superior to placebo in reducing the frequency of binge and purge days, and was also associated with reduced body weight.10, 11, 12 While weight loss for bulimia nervosa patients who are obese or overweight may not be a medical problem, the potential destabilizing impact of weight loss for patients with bulimia nervosa must be considered before initiating this treatment and must be monitored closely over time. The FDA recently approved topiramate for migraine prevention in adolescents. Caution and screening for eating disorder risk factors is advised before using topiramate for headache prevention, as there are some reports of onset of eating disorder symptoms when it’s used for this indication in adolescent patients.13

Pharmacotherapy for bulimia nervosa may also be guided by the presence of co-occurring conditions. Antidepressants may be especially helpful for bulimia nervosa patients with a depressive or anxiety disorder. Topiramate (Topamax) can help those with comorbid obesity and/or an obesity-related complication. Patients with a seasonal pattern to depressive symptoms and bulimia may benefit from light therapy: 10,000 lux for 30 minutes each morning. ADHD medicines, like atomoxetine (Strattera), or a psychostimulant like lisdexamfetamine (Vyvanse) have been shown to be helpful for control of eating disorder symptoms in patients with binge eating disorder (BED). With careful monitoring, these drugs can also be helpful to some patients with bulimia nervosa and comorbid ADHD. Anti-addiction or anti-craving drugs may prove helpful for some patients with co-occurring substance-use disorders. The opiate antagonist Naltrexone (Revia), at supratherapeutic doses (e.g., 200 mg/day), has been shown to be helpful in controlling bulimia nervosa symptoms. Although Naltrexone use carries the risk of liver damage, when used with consistent assessment for response and careful laboratory monitoring of liver function, the potential benefit of this medicine could outweigh the risk when used for select patients.

When treating bulimia nervosa patients with pharmacotherapy, a multidisciplinary team approach is considered best care. It is important that, when available, psychological strategies are simultaneously implemented and optimized. Thus, psychotherapy should be strongly recommended to psychopharmacology patients, even those who initially refuse psychotherapy.

During treatment with psychotropic medications, close monitoring is needed for the onset of adverse effects and to gather objective information about response to treatment (e.g., weight trends, laboratory monitoring for electrolyte disturbance). Several smartphone apps have been developed to support clinical data collection and HIPPA-compliant transfer of information between the patient and the team. For example, Recovery Record and Rise Up + Recover are free downloadable apps that can be used to monitor self-reported symptoms of bingeing, purging, restricting, and exercising. These apps can also track, correlate, and graph the incidence of these behaviors with changes in mood, anxiety, and use of non-pharmacologic coping strategies for stress and eating disorder urges.

Because of the complexity of bulimia nervosa and its interaction with commonly co-occurring conditions, pharmacotherapy is frequently an important tool in successful clinical management. However, owing to the significant risks associated with these medications, careful assessment of baseline symptoms and evaluation of risks of side effects are important in choosing a particular path of pharmacologic approach. Close monitoring of physical and psychiatric responses and side effects is also important once pharmacotherapy is initiated. All patients with bulimia nervosa are potential candidates for medication therapy, especially when combined with psychotherapy and nutritional rehabilitation services. Patients who have not responded adequately to psychotherapy, patients with comorbid psychiatric or medical disorders, and those with chronic or intractable illness are especially likely to benefit from the use of psychiatric medicines.

Anne Marie O’Melia, MS, MD is a Triple Board trained physician, with board certifications in Pediatrics and General Psychiatry. She also holds subspecialty board certifications in Child & Adolescent Psychiatry and in Psychosomatic Medicine. She earned her Masters Degree in Education (Counseling Psychology) from the University of Kentucky, earned her MD with Distinction from the University of Kentucky College of Medicine and completed her residency training in the University of Utah Triple Board Program. Prior to moving to Denver and joining the staff at Eating Recovery Center, Dr. O’Melia was a dual appointed Assistant Professor in the University of Utah Departments of Psychiatry and Pediatrics and then in the University of Cincinnati Departments of Psychiatry and Pediatrics. She has co-authored multiple articles and book chapters on eating disorders and served as a co-investigator for various clinical trials related to psychopharmacology in the treatment of eating disorders and mood disorders. Dr. O’Melia has been listed as one of the “Best Doctors in America” every year since 2007. From 2007 – 2014, Dr. O’Melia served as Medical Director of the Harold C. Schott Eating Disorders Program at the Lindner Center of HOPE at the University of Cincinnati. Her professional experience also includes having served as Medical Director of the Cincinnati Children’s Medical Center Inpatient and Partial Hospitalization Eating Disorders Program, Medical Director for Primary Children’s Medical Center Psychiatry Consult Liaison Service (Salt Lake City, UT) and Medical Director of the Youth Services Programs at the University Neuropsychiatric Institute (Salt Lake City, UT).