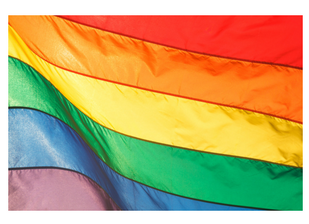 While this article is primarily about transgender body image, the LGBTQIA (lesbian, gay, bisexual, transgender, queer/questioning, intersex, and asexual/agender) community needs our focus and care. Historically facing strong bias from traditional health care and insurance, members of this community can have varying levels of suspicion and mistrust, leading to avoidance of medical and mental-health practitioners. As with all underrepresented groups, they also face minority stress. Minority stress comes from external factors such as prejudice and rejection. Exacerbated by those are internal factors, including shame, escape tactics, social isolation, and internalized heteronormative and cisgender (non-trans) biases.

According to the National Institute on Media and the Family,1 30 percent of high school girls and 16 percent of high school boys suffer from disordered eating. In addition, 78 percent of 17-year-old girls are dissatisfied with their appearance and body image. Treating negative body image and eating disorders really matters with the LGBTQ+ population. In a British study,2 80.7 percent of men said they regularly discuss body shapes, and 58.6 percent said doing so made them feel worse about themselves. And 48 percent of gay men would trade a year of their lives for a perfect body; 10 percent would agree to die 11 years earlier if they could have their ideal body now. Gettelman and Thompson3 reported that straight women and gay men were most negatively affected by body image; researchers thought that since both are trying to attract men, the media’s images of beauty were a common goal. The National Eating Disorders Association4 reports that the occurrence of eating disorders is three times higher in gay men than in straight men, and nearly 15 percent of gay men report dealing with anorexia or bulimia in their lifetimes. Both straight and gay men now feel more pressure to be muscular (“bigorexia”), and lesbian/bi women were the most accepting of heaviness, in their own and others’ bodies. These statistics feel accurate when I observe clients’ experiences, particularly those of college students. I counseled a gay grad student for several years who struggled with restricting and exercise bulimia, triggered by sexual abuse by a teacher. He had extensive dysmorphia, thinking an extra pound of weight rounded his face, and also questioned his gender; he wondered if he would have been abused if he were a girl.

Transgender and gender nonconforming people can have an even more complicated body image. Though not all transgender people suffer from body dysphoria and dissatisfaction, it is significantly more severe if one is actually haunted by being in a body that has no congruence with one’s identity. For the purpose of this article, sex is one’s biological anatomy, while gender is a social construct that includes social or cultural expectations about an individual’s role as the sex assigned at birth (vs. affirmed gender). Gender identity is one’s psychological sense of self, and gender expression is one’s external presentation. While not complicated concepts, they are particularly distressing when they are not in alignment with one’s sense of self or how one would like to be perceived. It should be noted that gender has no relation to sexual orientation, which describes one’s erotic/romantic response.

To acknowledge the difficulty of embodiment with this population, and to frame treatment in a supportive manner, we need to ask the person who they are as an individual, ask what name and pronouns they use (and use them!), and not make assumptions based on appearance or rumor. I’ve found it helpful to break the ice by modeling this: “I’m Martie, and I use she or they pronouns. How about you?” Increasingly, nonbinary gender identities are being affirmed, so even assuming maleness or femaleness might be off-putting. Clients may be androgynous, agender, bigender, gender-fluid, genderqueer, etc. These individuals often use gender-neutral pronouns, such as the singular they, or ze/zir/zirs. Ask what pronouns and name they use. As Kate Bornstein (trans writer and advocate) says, “We need to do away with gender enforcement.”

It is important to note that gender identity can be fluid. Also be aware that not all trans folks have dysphoria, or feel a need to make any bodily adjustments. (Social transition can include name changing, desired gender identification with friends or family, and appearance changes, like dressing more masc or femme.) Transition is also a process, not an event, and many of my clients have grown to want more medical and surgical transition, even though initially they had no interest in this.

I recently worked with a lesbian client who had severe chest dysphoria. She was in outpatient treatment to deal with eating-disordered behaviors and was sent to me for a consultation on gender issues. She clearly identified as a woman with no gender questions, but simply did not like or want her breasts. She did note that monthly swelling or any significant weight gain brought her attention to her chest, creating significant distress and triggering her anorexia. She is very happy post-mastectomy. Another client, identifying as nonbinary, was horribly thin and in physical pain from various medical maladies, as well as anorexic restriction. While their case is too complex to go into in much detail, they were profoundly dysphoric and wanted to preserve their body in an adolescent, androgynous, and diminutive state.

Exploration might include questions such as, “How do you feel about your body, including parts you have and/or parts you want or don’t have? How was it growing up in your body? Any traumatic or negative experiences related to how others (or you) perceived you? What would your ideal body look like? How was body image helped or harmed by your family? Your cultural or racial community? How does your body give you pleasure? How do you take care of your body? What have you done to change, hide, enhance, or otherwise deal with your body/body image?” Clinicians need to ask the questions, as disorders related to eating or body image may be intentionally hidden or not apparent. Many of my clients say, laughing, “There’s thin, and there’s ‘gay-thin,’”—i.e., being severely underweight.

Male-to-female responses can be different from female-to-male responses. Trans women may use breast enhancement, body padding, tucking (of the penis), or other image-enhancing methods. Trans men may bind (their chests) or pack (with a faux phallus). Weight may be a factor: Folks can strive for thinness to achieve androgyny, or to avoid developing or appearing to have sex characteristics, and gain weight to hide breasts or other parts, and these may or may not be conscious choices. When one is undergoing some physical (hormonal, medical, or surgical) transition, there can be great awkwardness in the in-between states, both for oneself and in others’ perceptions. And post-transition, a residual sense of the body as not real or authentic might need to be explored. This is not the same as regret about transitioning, which is actually extremely rare. 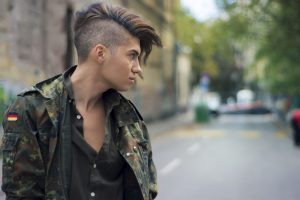 A therapeutic stance that all bodies and identities have inherent worth can help a client evaluate and pick apart the notion that their worth is based in heteronormative, cisgender, white ideals. Exposing and dismantling fat talk, body shaming, and racist, homophobic, or transphobic messaging helps clients develop a more personal values set. To actively support, educate, and advocate for the clients’ rights to determine what’s best for their body, even if that includes gender-confirming surgery or other procedures or services, is an important role for the LGBTQIA-affirmative clinician.

Martie van der Voort, MC, LPC is a genderqueer therapist for over 40 years, and is currently working in private practice and at the University of Arizona. She has specialized in trans care for over ten years. She is also a singer, writer, and actor, and has written and performed a one-actor play exploring trans lives called TransFormations. www.martievandervoort.com