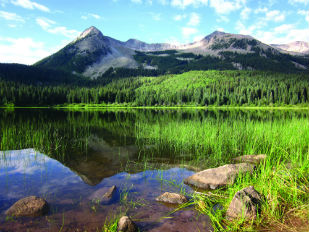 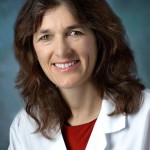 What is weight restoration and target weight and why are they important?

Why do some patients relapse despite being weight restored?

Factors that contribute to relapse can include (i) co-occurring medical or psychiatric conditions, (ii) environmental stressors and (iii) habit and learning. Although psychiatric symptoms of depression and anxiety often improve with nutritional rehabilitation, when they do not, they require concurrent treatment, as do substance abuse or self-injury behaviors. Academic, occupational or relationship difficulties are examples of stressors that can contribute to relapse. In chronic anorexia nervosa, learning and habit are increasingly believed to play a role in the development of automatic anorectic thoughts and behaviors (Guarda et al., 2015; Walsh, 2013). Although dieting and exercise usually start as deliberate conscious decisions, these behaviors become increasingly automatic and driven over time. Recovery requires new learning, via the repeated practice of normal eating behavior. A transitional period prior to leaving an intensive treatment program that includes the opportunity to practice normal eating in increasingly independent and varied settings, without falling back into old habitual patterns of behavior is likely to be important to relapse prevention. Support from loved ones and regular follow up treatment are also thought to play a role in outcome after discharge.

What is the best approach to weight restoration?

Outpatient weight restoration is always preferable and often possible, especially in those who have not been ill for a long time. In adolescents with anorexia nervosa, family based outpatient treatment has been shown to weight restore up to 50-75% of patients (Murray and Le Grange, 2014). In adults however, and especially in those who are chronically ill, no outpatient intervention reliably weight restores a majority of patients. A minimal acceptable outpatient rate of weight gain is 0.5-1.0 lb./week. Failure to meet this over a 6-8 week period, or medical or psychiatric instability, are indications for intensive treatment. Intensive treatment may include nutritional rehabilitation in a partial hospitalization, residential or inpatient behavioral specialty program.

What are the risks of refeeding?

Historically, the adage regarding refeeding was to “start low and go slow” to minimize the risk of refeeding syndrome. Recent evidence, however, challenges this belief and suggests that safe rates of weight gain of close to 2 kg (4 lbs) per week are possible in eating disorder specialty programs that offer close monitoring of electrolytes and medical status. The risk of hypophosphatemia, the hallmark of refeeding syndrome, appears more closely linked to a very low admission BMI (less than 14) than to rate of weight gain or caloric intake (Ornstein et al., 2003; Redgrave et al., 2015). Slower rates of weight gain prolong the weight restoration phase of treatment, making it less likely that patients will reach their target weight prior to discharge from an intensive treatment setting. For patients who are very low weight and critically ill, slower rates of weight gain also increase the likelihood of exhausting insurance coverage prior to reaching a healthy weight, increasing the risk of chronic anorexia nervosa.

Meal-based refeeding or nasogastric feeding tubes? Which is best?

Greater variety of foods and intake of fat at discharge from an inpatient refeeding program has been associated with lower risk for relapse at one year (Schebendach et al., 2011). Because patients with anorexia nervosa are fearful and anxious about consuming calorie dense foods, and because meal-based refeeding is associated with lower risk of complications than tube feeding, a meal-based approach is preferable. Average rates of weight gain of 2-3 lbs/week are typical of most expert inpatient meal-based behavioral specialty programs, with some programs averaging 4 lbs/week or higher without the use of tube feeds. When access to such a program is not possible however, supplementary tube feeds may be a useful adjunct to meal-based refeeding.

Programs vary widely in their success at weight restoration and at helping patients normalize their eating behavior. Look for a program that focuses on meal-based refeeding and offers a transitional step down to outpatient care, including staff guided practice preparing and consuming meals in a variety of social settings. Ask about the program’s clinical outcomes — what is their average rate of weight gain per week? What percentage of patients are discharged to home above a BMI of 19 or 20? Is their outcome data published in a peer reviewed journal? Treatment for AN can be very expensive. Critically assessing the data that supports claims of a program’s success is important. Refeeding is uncomfortable and anxiety provoking at first. Most patients are ambivalent about committing to intensive treatment, but all patients have the potential to recover. An expert program has skilled staff to assist patients through the refeeding process, interrupt old habits, challenge irrational thoughts, overcome anxiety and strive for recovery and a return to a full and productive life.

Dr. Guarda is Associate Professor of Psychiatry and Behavioral Sciences at The Johns Hopkins School of Medicine and Director of the Johns Hopkins Eating Disorders Program at Johns Hopkins Hospital. She obtained her medical degree from University of Maryland School of Medicine and completed her residency in Psychiatry at the Johns Hopkins Hospital during which she also trained in eating disorders at the Maudsley Hospital. She has been named annually in Castle Connolly’s “America’s Top Doctors” since 2009. Her clinical research interests include refeeding in anorexia nervosa and ARFID and treatment resistance, and she is involved in an NIH sponsored multi-site medication treatment trial for anorexia nervosa. Her translational research additionally focuses on the pathophysiology of eating disorders in two main areas: brain imaging of opioid and cannabinoid receptors in bulimia nervosa and physiological alterations in gut peptides that may sustain disordered eating behavior.