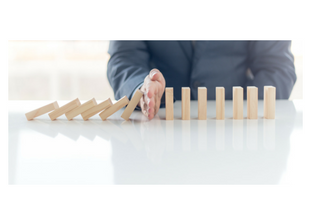 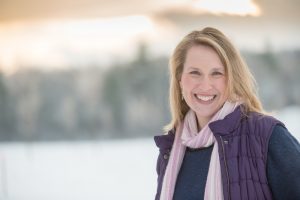 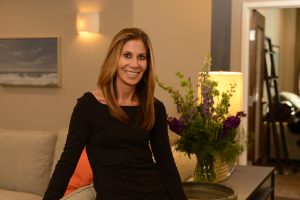 With the advent of DSM-5, binge eating disorder (BED) was elevated to the status of full-fledged eating disorder diagnosis and a separate entity distinguishable from other feeding and eating

disorders versus a residual “eating disorder not otherwise specified.” DSM-5 also lowered the diagnostic threshold for BED by decreasing the frequency and duration of symptoms needed to meet diagnostic criteria. Research suggests that the impact of DSM-5 was to successfully reduce reliance on the residual “unspecified” category and provide further differentiation between types of eating disorder psychopathology (Nakai et al., 2017). In addition, the severity specifiers (mild-severe as determined by frequency of binge-eating episodes) seem to provide some clinical utility, with significant between-group differences observed in treatment outcome. As expected, patients with “mild” BED showed greater rates of abstinence from binge-eating episodes following treatment than patients with “severe” BED (Dakanalis et al., 2017).

With regard to treatment efficacy, cognitive behavioral therapy (CBT) (in both guided self-help and therapist-led forms) is the most well-established psychological treatment for BED (Wilson & Shafran, 2005), with studies showing the efficacy of CBT in generating both immediate reductions in behavior and long-term maintenance of treatment gains (Hilbert et al., 2012). The scope of adjunctive and combination therapies in concert with CBT is too large for this paper, but, interestingly, recent findings (Grilo, Reas, & Mitchell, 2016) show that pharmacotherapy plus CBT yields more effective treatment than pharmacotherapy alone, yet does not significantly change the impact of CBT alone. More research is needed to establish pharmacotherapy guidelines in the long term, owing to small sample sizes and other methodological concerns.

Through an interwoven recovered patient and provider perspective, the present writers would like to highlight the need for deepening the work of CBT for BED by highlighting cognitive and psychological variables that, if adequately addressed by CBT, could augment treatment outcomes and enhance CBT’s focus on relapse prevention—thus, creating more individualized, more effective, and more efficient treatment for patients. We suggest that the following variables (if present) be attended to, along with the traditional overconcern with weight and shape and dietary restraint focus of CBT:

As someone who learned to use food at age 9 after my parents’ divorce and then took a deep dive into binge eating disorder at age 12 after being sexually assaulted, I’ve spent my adult life trying to undo an eating disorder that consumed me. I’ve even climbed Mount Kilimanjaro three times in search of answers.

The most daunting and difficult parts of the recovery journey have been when I’ve relapsed, especially after that first climb, after the birth of my oldest daughter. Veering off-path is so shrouded in shame and embarrassment, but each tumble off-trail has helped me get back up stronger and faster.

As my coauthor has taught me, binge eating disorder is squarely based in neurobiology; thus, my treatment had to “rewire” my brain. In this life, where one must have food to survive, I had to learn how to adapt differently to the brain I have. I still have the same urges and vulnerabilities and I’ve had relapses, but the key is responding to them differently.

When I was a new mom, I was too deep in the trenches of insomnia, depression, and fear of failure to ask for help. I spent time milling through my cabinets looking for my next binge, instead of learning how to deal with what was going on. So much of relapse prevention is learning to do something differently. Now, when I’m sleep-deprived, I acknowledge it. Instead of pushing it away, I go easy on myself, maybe even take a nap. If I’m stressed, I make a list to organize my thoughts and create a plan to deal with the problem. I ask for help from my family, from my therapist, from anyone who will help me keep on track. I serve as a binge eating disorder recovery advocate to inspire others to do the same.

In conclusion, while a substantial body of research shows that CBT is an effective treatment for BED, a more comprehensive understanding of how we can both deepen and expand upon current protocols is essential for abstinence or decreased symptoms of BED in the long term.

Julie Friedman is a health psychologist whose specialties include cognitive-behavioral therapy, Night Eating Syndrome, Binge Eating Disorder, Bulimia Nervosa, pre- and post-bariatric surgery behavioral care and obesity and weight management. She is an Assistant Professor at the Northwestern University Feinberg School of Medicine in the Department of Psychiatry and Behavioral Sciences.

Dr. Friedman is a member of the American Psychological Association, the Obesity Society, and the Academy of Eating Disorders. She received her B.S. in Psychology from Northwestern University and her Ph.D. in Clinical Psychology from the Illinois Institute of Technology.

She completed a fellowship in sleep disorders and behavioral medicine at the Indiana University School of Medicine and a two-year, post-doctoral fellowship in obesity and eating disorders at Northwestern Memorial Hospital’s Wellness Institute. Dr. Friedman provided an invited address on Night Eating Syndrome at the annual meeting of the Obesity Society. She currently teaches workshops and classes on the assessment and treatment for eating disorders at the Northwestern University Feinberg School of Medicine.

Kara Richardson Whitely, an Eating Recovery Center Binge Eating Disorder Recovery Advocate, is the author of Fat Woman on the Mountain and Gorge: My 300-Pound Journey Up Kilimanjaro, an honest and unforgettable, journey of intense passion, endurance, and self-acceptance that readers can learn from without having to trek up Africa’s highest peak. A detailed account of Richardson-Whitely’s struggle, Gorge also gives confidence not only to hesitant would-be mountaineers but to those, like her, whose biggest hurdle is to learn to be comfortable and secure with oneself. Her next book, Weight of Being, is due out in spring 2018.

Kara has written for Self, Everyday with Rachael Ray, and Runner’s World magazines. She was recently featured on Oprah’s Lifeclass, Good Morning America, was an Outside magazine 127 Defining Moments finalist and has been written about in Redbook, Weight Watchers, Backpacker and American Hiker magazines as well as dozens of other publications.