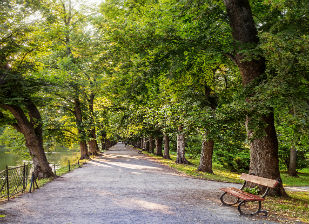 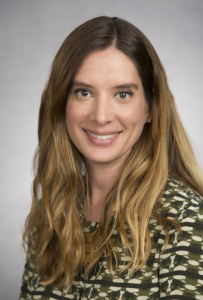 One of the most heartbreaking elements of eating disorders is the idea of someone seeming to disregard their well-being and intentionally causing harm to themselves. Eating disorder behaviors (eg., food restriction, binging, purging, over-exercise) are undoubtedly damaging, and many individuals with eating disorders inflict further harm on themselves by cutting, scratching, burning, etc. This article will provide a brief overview of the association between eating disorders and self-harm, with a focus on the role of emotion dysregulation and effective treatment.

Self-harm, also known as non-suicidal self-injury (NSSI), was included in the DSM-V for the first time, as a condition for further study in the appendix (APA, 2013). In the DSM, NSSI is defined as intentional self-inflicted damage to the surface of the body with the expectation that the injury will not lead to death. As aptly described by Armando Favazza, “a person who truly attempts suicide seeks to end all feelings whereas a person who self-mutilates seeks to feel better” (Favazza, 1998, p. 262). Usually, the purpose is to reduce a negative emotional state or resolve an interpersonal problem. Patients generally report a sense of urgency and/or preoccupation preceding the behavior, and a short-lived sense of relief afterwards.

The co-occurrence of self-harm and ED

Function of the behaviors

As paradoxical as it may seem, self-harm and eating disorder behaviors are extremely effective in regulating emotion (in the moment), and that effectiveness makes it hard to stop. Of course, the relief tends to be short-lived, and soon followed up by guilt, shame, or other negative consequences, and the self-harm doesn’t solve the original problem that caused the emotion dysregulation. Thus, the person is likely left with as much or more negative emotion, and the cycle of behaviors continues.

So why stop self-harming?

I have had many patients argue with me about self-harm behaviors, reassuring me that they are not suicidal and this is just their way of making themselves feel better. Marsha Linehan addressed this issue in her seminal 1993 book introducing dialectical behavior therapy (DBT). She listed four main reasons for self-harm to be a primary focus of therapy, and I have used these reasons countless times when explaining to a patient who doesn’t want to stop self-harming why I am unwilling to ignore their behaviors.

1) Self-harm is one of the best predictors of eventual suicide. Studies have shown that risk of suicide increases 50-100 times within the first 12 months after an episode of self-harm, compared to the general population risk (Cooper et al., 2005). Additionally, the majority of people who die by suicide have a history of self-injury (Appleby, et al., 1999). Frequency of self-harm is more strongly related to suicidal behavior than depression, anxiety, borderline personality disorder, or impulsivity (Klonsky, May & Glenn, 2013).

2) Self-harm behavior damages the body, sometimes permanently. Cutting and burning often cause scars that last forever. There is also the possibility that self-harm may unintentionally result in death.

3) Self-harm is antithetical to the process of therapy. Patients are in therapy to learn to be happier, to better their lives, to learn to love themselves and have healthy relationships. It is hard to imagine these goals can be accomplished while actively causing physical damage to one’s body. “Actions based on the intent to harm oneself are simply incompatible with every other goal of any therapy. The effectiveness of all voluntary psychotherapy is based, at least to some extent, on developing an intent to help rather than harm oneself. Thus, treatment of self-harm goes to the heart of the therapeutic task” (Linehan, 1993, p. 127).

4) We cannot, as therapists, credibly communicate caring for a patient without reacting to their self-harm and insisting that it must stop. In that sense, devoting therapeutic time and energy towards cessation of self-harm can be considered strong communications of compassion and care.

Treatment of self-harm and ED is notoriously difficult. Many of us have an impulse to judge self-harm; it’s hard to understand and we want them to “just stop”. Therapists must approach the topic non-judgmentally and join with their patients to determine the function(s) of the behavior.

There are several reasons that self-harm can be difficult to tackle successfully. Just as with eating disorder behaviors, there is an inherent ego-syntonicity and ambivalence toward stopping the self-harm. My patients frequently let me know that although learning new skills might help regulate emotions, these skills often don’t work as well – and as quickly – as self-harm. Self-harm also tends to be glorified in some social media and peer groups. Whether they learned about the behavior from others or not, self-harm often gets a reaction out of others, even if that is not the intent behind the behavior. Most of us have an instinct to comfort, reassure, and try to help someone who is expressing the urge to self-harm, and this support can be a powerful reinforcer, inadvertently increasing the chances of the behavior recurring. Self-harm behaviors can also satisfy an internal need to rebel against someone or something, or to prove a point, even if no one knows about the self-harm.

Treatment should be focused on teaching the patient how to regulate his or her emotions in more skillful ways. The patient must learn to be aware of and accept emotions as a normal and non-threatening part of life, and not avoid meaningful life activities out of fear of negative emotions. S/he must also learn to not necessarily act on emotions, especially on impulsive, self-destructive behaviors. Lastly, the patient must learn skills and strategies for reducing the intensity and duration of unwanted emotions (Gratz & Roemer, 2004).

Skills for coping with emotion are taught in many therapy modalities and DBT is a well-researched treatment with a heavy focus on skills acquisition (Kliem, Kröger, & Kosfelder, 2010). The therapist’s stance of refusing to settle for a life that includes self-harm, combined with learning new skills for emotion regulation, can be a powerful and effective approach to recovery.

About the author –
Dr. Leslie Karwoski Anderson is a clinical assistant professor and training director at UCSD Eating Disorders Center. She has a Ph.D. in clinical psychology from the University of Kansas, and completed her clinical internship at Duke University Medical Center. Before coming to UCSD, she held a clinical faculty appointment at the University of Washington, was a supervisor in Marsha Linehan’s DBT training clinic, and was a staff psychologist at the DBT Center of Seattle. She currently oversees the training and clinical supervision of the UCSD EDC staff, and conducts individual, family and group therapy for anorexia, bulimia, binge eating disorder and EDNOS. Her research interests are in treatment development, evaluation, and outcomes, especially with regards to adaptations of DBT and FBT, and she has published several papers in this area. She frequently gives talks and workshops on DBT, eating disorders, suicidality, and related topics in the community and at national conferences. She is currently serving as the co-chair of the Academy of Eating Disorders DBT Special Interest Group.