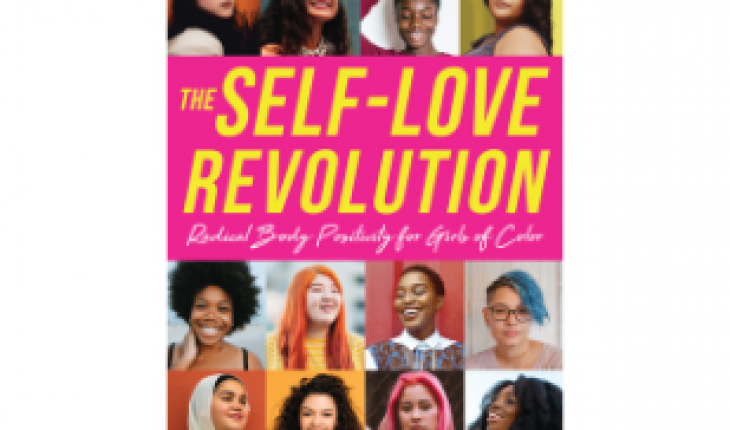 Virgie Tovar, MA, joined us for an interview on her book, The Self-Love Revolution: Radical Body Positivity for Girls of Color. What follows are our questions in italics, and her thoughtful responses. 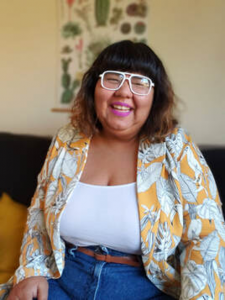 In Chapter 1 of The Self-Love Revolution: Radical Body Positivity for Girls of Color, you make 9 points about beauty with the goal of encouraging your readers to question how we understand our bodies. What are some of the benefits of this type of self-examination?

Critical thinking and self-examination are the beginning of changing our relationship with mainstream culture. Even though our culture is full of problems, like sexism and racism, we are raised to believe that there is nothing wrong with society’s expectations and beauty ideals. When we believe that nothing is wrong with those expectations and ideals, then we are much more likely to blame ourselves and feel ashamed of ourselves when we cannot adhere to them. It requires a critical eye to say, “Maybe nothing is wrong with me. Maybe something is wrong with the culture, instead.” I think that is the beginning of change.

Please tell us about the advertising phrase, “Sell to the pain.”

In advertising and business there is a concept called the “pain point.” The pain point can be defined as the problem a customer of a company is facing, but it’s really more than that: it’s the emotional core of the problem. For example, due to sexism, women have been taught wrinkles are a problem. So a company might decide to make a product that solves that so-called problem, such as anti-aging cream. The emotional core of this “problem” isn’t actually just merely having wrinkles, however. It’s actually the fear of aging, which in our culture is associated with being less attractive if you’re a woman. So, an advertiser could just say, “Buy this cream. It will reduce wrinkles.” However, that won’t sell as much as if you remind the customer of that fear of aging and becoming less attractive. So the advertiser might instead say something like, “Stay young forever.” (that’s an actual anti-aging cream slogan) That’s “selling to the pain.” This is a form of manipulation that is pervasive.

Who is affected by fatphobia?

Everyone. Certainly fat people bear the brunt of fatphobia, and this looks like:

I think many thin people are terrified of becoming fat because they see every, single day how poorly fat people are treated. I think people accept abuse in their romantic relationships and in their families because they think they are “too big” to ask for more. We wouldn’t have a multi-billion dollar diet industry without fatphobia. We wouldn’t have millions of people on diets and people with anorexia and bulimia without fatphobia. Having worked closely with people of all sizes, fatphobia really does have the power to ruin people’s lives. I don’t think there’s an “obesity epidemic.” I think there’s a fatphobia epidemic.

You’ve geared your book to be an intrapersonal exploration with your text and your journaling prompts. What has journaling done for you?

I love journaling! First, it’s really fun. I draw (poorly!) important things I want to remember, like I just drew a scene of my boyfriend and me sitting in bed drinking a milkshake I had made with fresh strawberries and chocolate. It was a fun memory, and now every time I look back at it, I remember that feeling of delight and closeness. It has helped me self-reflect and get to know myself better. I have recurring worries and anxieties, as well as recurring sources of inspiration and joy. It is a fantastic tool for documenting personal growth and change – as well as things that haven’t changed and probably need to. For instance, I recently had some conflict with a close friend and I found myself being really angry at her in a way that seemed bigger than the conflict warranted. So I went back to my journals to see if I had written about these feelings before, and I found that I had written about these feelings multiple times over several months and just hadn’t remembered. That documentation helped me decide that I needed to do more than work through the conflict; I actually needed to assess the friendship altogether.  It’s harder to notice good and bad things when they are only in your memory. It’s also great for venting. Sometimes you’ve got to give your friends a break and just vent to your journal.

What motivated you to write this book for teen girls of color?

My publisher approached me and asked me to write for an audience of girls of color. I was intimidated because I had never written anything for a younger audience before. I had also never been asked explicitly to write for people of color (most publishers are geared toward a white audience). I know from being a woman of color that there are specific negative ways that girls of color see their bodies because of racism. For instance, girls of color are seen as more adult-like because racism posits that darker skinned people are lacking in morality, and therefore possess less innocence. This is obviously preposterous and morally reprehensible, but it’s pervasive. This is called “adultification.” It creates a false belief that racialized girls have more advanced knowledge about mature topics, like sex, and also that they should be capable of handling adult-level experiences – when in fact, they can’t. These things impact how girls of color see their bodies. I also know that girls of color have unique perspectives and talents because they’ve had to deal with navigating racism (as well as sexism and possibly also homophobia, transphobia, fatphobia and ableism). A lot of books that speak to girls don’t explicitly have the message that no one should try to be thin, and that dieting is both a negative thing and also a racist practice that seeks to force all people to conform to the white body. I wanted to change that. It felt really good to be able to say, “Here are some tools that might help you. I see you. I know what you’ve been through. You are perfect. You are good. You are beautiful. And above all, you are powerful beyond imagination.”

The power of “No” – what has this taught you?

No is one of the most powerful words for women and girls! We are taught never to say no because we are taught that what we want doesn’t really matter. We are taught not to have boundaries. That is the worst thing you can teach someone, but because of sexism and misogyny, this ideology is normalized. “No” is a great way to express boundaries. Boundaries are one of the best ways to feel powerful and in control of your life. “No” was one of the first words I learned when I became a feminist. It changed my life. I say no all the time now – from small things (like how much I’m willing to pay for an item of clothing) to big things (like last week I had to refuse to work with someone because they insulted me during a meeting). I tell women and girls that they need to be saying “no” at least five times a day.

In the book, I use the metaphor of the house to explain what it means. The first floor is the intrapersonal: how we can change how we feel about ourselves. The second floor is how we can change how we treat others around us and how they treat us; this is the interpersonal. The third floor is about changing society so that it’s safe for everyone to be exactly who they are; this is the institutional. Mainstream body positivity is primarily interested in the first floor: the interpersonal. I see radical body positivity as being invested in all three floors, or dimensions. And perhaps even primarily interested in the third floor: the institutional or societal.

Virgie Tovar is an author, activist and one of the nation’s leading experts and lecturers on weight-based discrimination and body image. She is a contributor for Forbes where she covers the plus-size market and how to end weight discrimination at work. In 2018 she was named one of the 50 most influential feminists by Bitch Magazine. She is the founder of Babecamp, an online course designed to help people break up with diet culture. She started the hashtag campaign #LoseHateNotWeight and in 2018 gave a TedX talk on the origins of the campaign. Tovar edited the anthology Hot & Heavy: Fierce Fat Girls on Life, Love and Fashion (Seal Press, November 2012) and she’s the author of You Have the Right to Remain Fat (Feminist Press August 2018), which was placed on the American Library