Home
Females
A Sense of Ourselves: Thoughts on the past, the present and the gendered journey ahead for girls and women 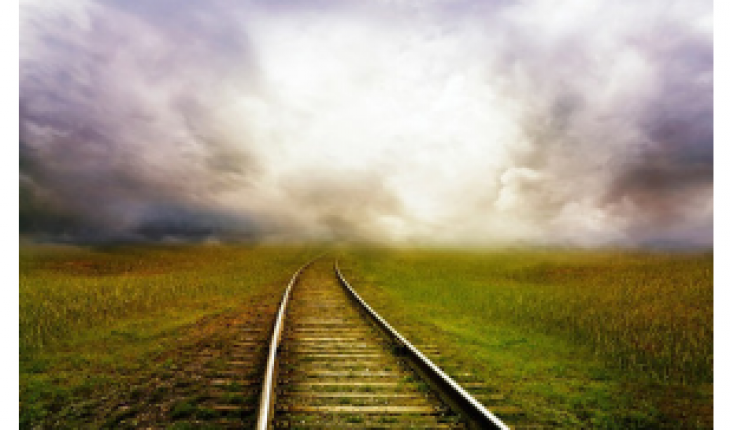 A Sense of Ourselves: Thoughts on the past, the present and the gendered journey ahead for girls and women 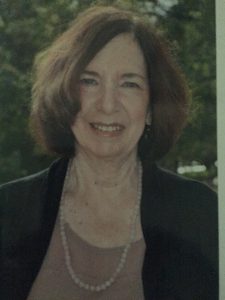 For girls and women, appearance has long been a primary standard by which we are judged, and in turn by which we judge ourselves.  These judgments impact our self-concept, our expectations and our aspirations.  This discussion will consider some of the socio-cultural-political factors that have historically contributed to how girls feel about themselves, including the role of our educational system.

In the 1920s, there was an upsurge in magazine ads and articles focused on dieting and weight. Simultaneously, there was a dramatic increase in the incidence of eating disorders.  At the time, women were mostly living within the confines of sex stereotyped norms: wife, mother, homemaker, with employment opportunities largely limited to jobs such as teacher, nurse, secretary, housekeeper, caretaker.   Women reaching elsewhere had to fight to overcome barriers and discrimination.   To put these events in historic context, in 1920, after 72 years of hard fought struggle by our foremothers, women in the U.S.A. finally won the right to vote.  Many have speculated that the focus on appearance and, in particular, the promotion of the thin body ideal in that same decade, was a backlash to women’s progress.  The message: stay small, take up less space, and focus on your body size and shape.

The 1960’s and 70’s saw the same phenomenon of traditional stereotyping images and messages in the context of major societal change. In the second wave feminist movement, women were pushing for greater personal, educational, social and vocational opportunities. Previously denied rights in marriage divorce, custody, employment, reproductive freedom, property ownership, and jury participation were won. Powerful working groups such as the Women’s Legal Defense Fund, the National Organization for Women, the National Women’s Law Center were created.  This period also saw the passage of the Violence Against Women’s Act, the creation of battered women’s shelters, and the adoption by law schools of the first casebook on sex-based discrimination (co-authored by Ruth Bader Ginsburg).  In 1972, Title IX of the Educational Amendments Act was added to the U.S. Constitution, banning discrimination on the basis of sex in educational institutions receiving any financial assistance, opening doors to schools, classes, fields of study, vocations, and professions, as well as participation in sports, and non-discrimination in hiring and promoting practices for faculty, staff and administrators.

The ensuing years would bring continued legal and political gains as women worked to overcome social and institutional obstacles to parity.   In the context of this progress, the focus on appearance, promotion of the extreme thin ideal, and objectifying images of girls and women persisted.  The American Psychological Association (APA) issued the Report of the APA Task Force on the Sexualization of Girls (APA, 2007), which summarized decades of research indicating widespread objectification and sexualization of women and girls in three arenas:

2. Interpersonal: attitudes and behaviors from teachers, peers, and family;

3. Self-sexualization: females’ self-appraisal as they learn what is expected of them and strive to conform to those expectations.

In her work, based on three decades of research looking at girls’ developmental journey from childhood through adolescence to adulthood, Niva Piran ( 2017) describes the process by which girls move from freedom to restriction, agency to disempowerment, and positive self-and body esteem to self-doubt, shame and disembodiment along physical, mental and social pathways.  The experiences that girls report encountering that diminish their sense of self are gender stereotyping, role restriction, shaming, sexual harassment and violence.

Decreasing self-esteem at adolescence, focus on appearance as the basis of self-worth and increased risk for developing body dissatisfaction and eating disorders have been widely reported in research and clinical findings (Clay, Vignoles, and Dittmar, 2005;  Efthim, et al., 2001;  McVey, Levine, Piran & Ferguson, 2014).

As we think about these issues, another important factor to consider is the role of gender inequity in education and its impact on identity formation for girls. (Sigall and Pabst, 2005).

Schools provide children with information about the world, and, about ways in which they may participate in it.

Classrooms in Western society have opened their doors to girls and women, but the climate inside is not always welcoming. The research coming from the educational field on gender bias

As David Sadker (Sadker and Sadker, 19[94:13]) observed: “Each time a girl opens a book and reads a womanless history, she learns that she is worth less.”  Without the knowledge that females were historically not allowed to attend school, publish books, vote, occupy many or most vocational positions or participate in civic affairs, and today are still discriminated against vocationally and paid less than their male counterparts for the same work, girls and boys may assume that women’s lack of power or position is the result of lack of ability, rather than lack of access.  Without learning about women who achieved in spite of the barriers they had to overcome, or about the battles they fought to bring down those barriers, girls cannot take pride in women, and, perhaps, then in themselves as women.  In the absence of this kind of knowledge, and the resultant assumptions about gender-based aptitudes and roles, girls are likely more vulnerable to culturally stereotyping messages about gender-appropriate socio-political-cultural positions and behaviors.  The negative effects of this process is worse for girls and women of color, ethnic/religious minority status and non-heterosexual orientation, as they contend with additional prejudice.

Added to the problem of limited curriculum is the hidden curriculum, teacher bias and classroom atmosphere.  Decades of research conducted in racially and economically mixed K – college classrooms indicates that teachers treat male and female students differently (Sadker, Sadker, & Zittleman, 2009). These often unconscious biases result in creating different learning environments for males and females, with unequal opportunity for growth.  Males dominate classrooms as they receive more attention, criticism, instruction, feedback, evaluation and confidence than their female counterparts.   Girls achieve high grades and are now participating in academic areas such as math and science in greater numbers.   Despite this and the effort to recruit girls to science, technology, math and science (STEM), they are still underrepresented in these classes and fields (AAUW, 2008). Girls are only 27% of all students taking the AP Computer Science exam and earn just 18% of American Comp-Sci college degrees.  Researchers, asking why so few girls study STEM subjects, report that self-efficacy and social belongingness are significant factors.  Despite performing equally well in math and science classes, girls doubt their competence in these subjects and don’t see girls in their classrooms. They are affected by stereotypes regarding gender and STEM, lack role models to follow and frequently report feeling unwelcome, isolated and unsupported in these classrooms. (Guiso, Monte, Sapienza, & Zingales, 2008; Hill, Corbett, & St. Rose, 2010).

Educational equity practitioners are putting a spotlight on these problems. They have done extensive work across the country training teachers to recognize and eliminate unconscious bias and develop ways in which to address classroom climate issues.  Their work also encourages awareness and engagement amongst professionals, parents, and the general public.  Suggested actions include monitoring the implementation of Title IX, involvement in curricula development, and working with local school boards.  The National Coalition of Women and Girls in Education (www. ncwge.org/affiliates.html) is an excellent resource which provides a list of organizations working on this issue.

Activism is not new to those working on women’s issues and concerned with girls’ development and self-appraisal.

From the suffrage movement, born at the first U.S. women’s rights convention in 1848, and the subsequent demand for equal rights, to the exposure of pervasive violence against women, and today’s intolerance of normatively accepted sexual harassment, women have come together, raising their voices to demand change. Rebecca Traister (2018) traces the revolutionary effects of women’s anger throughout history, despite its being discouraged and discounted.   And today, women fill the ranks of the political resistance and are running for office and being elected in record numbers. The 2018 midterms also saw many firsts including the first Muslim and Native American women elected to Congress, the first female senator from Arizona.

While we celebrate these achievements, we need to keep context in mind.  Even with this large influx of women in the Congress, we still make up only 23% of that political body, while we are over half the population. Women constitute only 27% of University presidents, are half the incoming classes in professional schools such as law and medicine, yet can’t break the glass ceilings to obtain higher level positions and wage parity in those professions (U.S. Department of Labor Women’s Bureau, 2018). From orchestras, to factories, auto mechanics to teaching, women still struggle with hiring, wage and promotion discrimination, and the commonplace presence of sexual harassment on the job.  This inequitable picture is what girls and boys see as they grow up.  It is the impression that informs girls’ attitudes about themselves and influences how boys see them.

Speaking to these issues, raising awareness, educating about inequities and history are antidotes to the unconscious absorption of stereotyping and limiting attitudes.

While the ongoing work of feminist organizations fighting for parity, access and removal of discriminatory laws and practices, and movements like #MeToo, demonstrations, marches, etc. are bringing increased awareness of these issues to girls and women, there remains, for many people, a sense these problems are in the past.  This is not surprising, given limited knowledge of women’s history of oppression and contemporary battles for equality. My colleague, Mary Pabst, and I have spoken about the need for Gender Literacy, defined as: “an awareness and understanding of those gender-related issues that affect the context and possibilities of girls’ and women’s lives”. Toward the goal of achieving gender literacy, we have outlined a Corrective Education model that promotes movement toward consciousness, competence and connection (the three C’s). (Sigall & Pabst, 2005).

Consciousness: knowledge about women’s history, gender stereotyping, inequity and identity and the understanding of their relationship to self-esteem, mental health issues like anxiety, depression and eating disorders, and cultural phenomena such as dieting and body image disturbance.

Competence: skills, abilities and goals which are self-enhancing and not limited by gender prescriptions.

Connection: relationship to others and integration with oneself; recognizing the importance of images and knowledge of competent, women; connecting to peers around shared experiences of bias and body shame; and encouraging relationships that do not necessitate disconnection from oneself or losing one’s voice to accommodate to others.

For an elaboration of these concepts and suggestions for their application in educational, community and clinical settings, see the referenced Sigall and Pabst 2005 article.

Our heightened awareness of the past as well as of present regressive forces may help us challenge the gender, racial, ethnic, and sexual orientation biases that have governed society.  And our recognition of appearance and weight bias can empower girls and women to see that body size and shape is not definitional of who we are. Our histories, values, talents and interests, our challenges, strengths and weaknesses, the obstacles we face, the support we give and get, weave the fabric of who we are and what lives we may create and experience.   As with our feminist foremothers and sisters, we are empowered by our actions. Our knowledge, our passion and our persistence are what have always brought change for girls and women.

Brenda Alpert Sigall, Ph.D., CEDS,  a clinical psychologist,  served as senior staff psychologist, Eating Disorders Program Director and Staff Development Coordinator at the University of Maryland Counseling Center.  She is a private practitioner with a clinical practice in Columbia, Maryland.

Piran, N. (2017). Journeys of Embodiment at the Intersection of Body and Culture.  Cambridge, MA: Academic Press.

Sadker, D., Sadker, M. & Zittleman, K. (2009). Still Failing At Fairness: How Gender Bias Cheats Girls and Boys in School and What We Can Do About it. New York: Scribner.