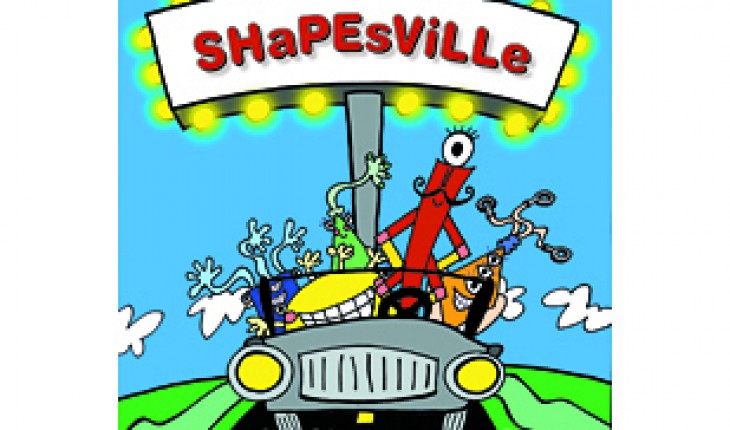 Authors Andy Mills and Becky Osborn joined us for an interview on their book, Shapesville (illustrated by Erica Neitz). What follows are our questions in italics, and their thoughtful answers. 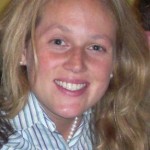 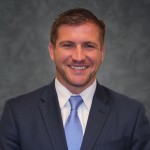 Shapesville is a very special children’s book. It’s a wonderful intersect of healthy messages and children’s literature. Published by Gürze in 2003, you all were in your early 20’s at the time. How did this book come about?

Andy had just completed a research study looking at “awareness” and “internalization” of ideal body images for young boys and young girls. The results of the study proved to be somewhat shocking. When Andy asked his professors, Drs. Linda Smolak and Sarah Murnen, what they were going to do with the results they explained they would all write an article and work to get it published in a major journal. Andy was excited about that opportunity, but something was still missing for him. He spent some time talking to Dr. Smolak and she asked him what he wanted to do. He said, “I want to write a children’s book to help kids, teachers, and parents discuss body image issues.” She encouraged Andy to meet with Becky Osborn to discuss his idea. Becky, had been working with young girls studying how puberty was impacting their self-esteem and body image. She was interested/concerned that these seemingly “adolescent” issues were emerging at younger and younger ages (Kindergarten/first grade) rather than closer to pre-adolescence, which seemed like a complex culmination of media, home environment, peer pressure, etc. It took one meeting with Andy and Becky to discuss the idea of creating a book called, “ShApeSviLLe.” They then went to Dr. Michael Levine with the idea and said they wanted to create an independent study called, “Writing a Children’s Book,” and have him as their advisor. He was intrigued to say the least, but extremely supportive. He had one question. How do I grade you on this assignment if you don’t write a book? Becky and Andy both responded, “then we fail.” Needless to say it was an exciting few months and we were able to connect with Erica Neitz, an artist who had recently graduated from Kenyon. Erica donated her time and talent to help us with our assignment.

In addition to size, shape, and color acceptance, you managed to incorporate positive self-esteem messages and the value of nutrition. Please tell us more.

Based on Andy’s and my work during college in the local elementary schools and with the school counselor, in addition to being steeped in body image literature at the time (courtesy of Levine/Smolak/Murnen), it become immediately clear that the issues with which young (even very little) children struggled around self-image and body image were inextricably bound with a complex host of other variables including (but not limited to) the actual nutrition available to them in their house/community, what other people around them looked like, their immediate family/support culture around food, and also peer culture/mass media. It blew our minds that even the littlest of people (1st-5th graders) understood from watching Brittany Spears (at that time) or similar media figures that there was a specific “norm” to obtain, with respect to shape, size, color, and, that regardless of how someone obtained that image (whether it was healthy or not), those that didn’t look like the images they saw felt “less worthy” by comparison. The fact that 1st-5th graders were being imbued with such strong social norm messages relating to all these areas was deeply concerning and clearly complex and so it seemed only natural to address as many factors that went into contributing to this complex picture for children as possible, since they were present regardless. This wasn’t just for girls either, it was for boys, too.

The role of the media was noted when you wrote, “So tell all your friends whatever sHaPe they may be, that what matters most may not be on TV.” Can you please comment on your sense of the media’s role now regarding children and body image?

Unfortunately, despite all the wonderful research and social efforts to clearly prove from a public health (including physical and social/emotional health) standpoint that the role of the media is massive in influencing kids’ self-image, worth, and even behavioral choices, I would say we have not made enough progress. As a mom of little girls, I worry deeply about the fact that even many children’s cartoons now look and speak far more like “little adults” than ever before, and images in the mass media of women seemingly has not gotten much better. There are some great role models like Meghan Trainor who speak openly about embracing and loving body size and shape, but the vast majority of celebrities, even if they start out at a normal size/look, end up being literally reduced to almost nothing. Public figures like Kelly Clarkson, Queen Latifah, and Adele are jumped on immediately by the media for any weight gain/loss, and even stars who claim to be healthy and eat, still look a part that for the vast majority of kids, young people, and adults is impossible to attain (without millions and a personal trainer). Also, as a public health professional, I think the obesity epidemic combined with increasing health disparities and income inequality, particularly in the United States, is very complexly related to the very issue at the core of Shapesville, that of self-worth and acceptance; as many folks who struggle with weight have deeper challenges, such as mental health issues, addiction, socio-economic barriers to access healthy food, and safety issues like walking in neighborhoods that would facilitate regular exercise. And, at the end of the day there are some very specific policy level changes (the Rudd Center out of UConn has been a pioneer in this area) that need to be put in place with respect to marketing companies targeting children in low-income communities for specific products, empowering more folks to serve on zoning boards in their cities/towns to create safe places for kids to play, and adults to exercise, and a far greater investment in and integration of mental health services both in primary care and also public health services (preventive, pro-active) to help folks attain a positive sense of self-worth, which is really at the heart of many of the major health and public health challenges our country faces.

You offer discussion questions for parents, teachers, and children at the end of Shapesville. What are some points you want children to know about themselves and their peers?

At the core of Shapesville is an intent to inspire self-acceptance and self-love, and acceptance, tolerance and love of others. A subtle difference to notice is that even the word ShaPesVille is never spelled the same in the book to reiterate how we are all different even if we seem the same. If nothing else, we hope the book encourages children along with their adult role models to consider how important it is to love oneself, and in doing so, reflect on how humans of all ages can actually seek to accomplish this in their lives.

I’m guessing you are aware that Dr. Susan Paxton and her colleagues with Confident Body, Confident Child (CBCC), an evidenced-based resource that is designed to promote healthy eating, positive body image, and healthy weight in children aged 2 – 6 years, includes Shapesville in its CBCC resource pack. How do you feel about the reach of your book?

The reach of Shapesville is truly incredible, and has exceeded every expectation that Andy and I hoped and dreamed it would. This book was created, not because we thought we would live off the royalties ☺ but because we believed this book could serve a need and potentially improve the lives’ of children and adults alike by encouraging conversations around some really challenging issues that deeply impact the human experience in an increasingly complex world.

What kind of feedback have you received from the children who have read or who have had Shapesville read to them?

The feedback has been amazing. Kids are smart. They notice things about each character and they relate those unique qualities to themselves. When we first started writing the book we talked to several child psychologists about our concept. One in particular said that kids wouldn’t be able to relate shapes to themselves, especially based on how unique each character was in our book. We tested it and found the exact opposite. The fact that each character was so much different than “human” characters, the children were able to talk more freely and focus on the unique qualities and talents Robbie, Tracy, Cindy, Sam, and Daisy had. With each classroom we visit, we are constantly amazed by the new things kids notice and how they relate the characters to themselves.

Can you please provide a quick update on where each of you are in your lives today?

Becky (Osborn) Lewis MSW, MPH, is living in Western Massachusetts. I work as a department chair at a community college where I oversee a health careers program, and also continue to do consulting in public health on the side. I am married with two wonderful little girls, and another one on the way in June 2016! Although I mostly work with college students now, I see, on a daily basis, the impact of media and other social issues on young people’s self-esteem and self-image and am constantly trying to inspire them through their career pathways and personal passions to address the things they are passionate about and to keep reaching for the moon.

Andy Mills is living in Columbus, Ohio and co-owns a commercial brokerage company called Elford Realty and is a Partner with Elford Development. Outside of his work, Andy is an active community volunteer spending time volunteering at Nationwide Children’s Hospital, Rotary International, and as a 2nd grader tutor every Wednesday at Stephenson Elementary School in Grandview Heights, Ohio.  Andy still reads Shapesville to several classrooms each year throughout Columbus. He is engaged and planning a May 21, 2016,wedding to a beautiful and amazing woman, Mary Curphey.

Please speak to your audience today. What would you like Shapesville fans to know?

That we are so grateful that this book has been widely used and accepted and hope that people keep letting us know how it has helped them and if there are any other ways we can help continue to spread the basic message of Shapesville more globally. Also, that it is so important in an increasingly complex world, for people of all ages to have a voice and to advocate for things that are important to them and to see one another as whole humans not as pieces.