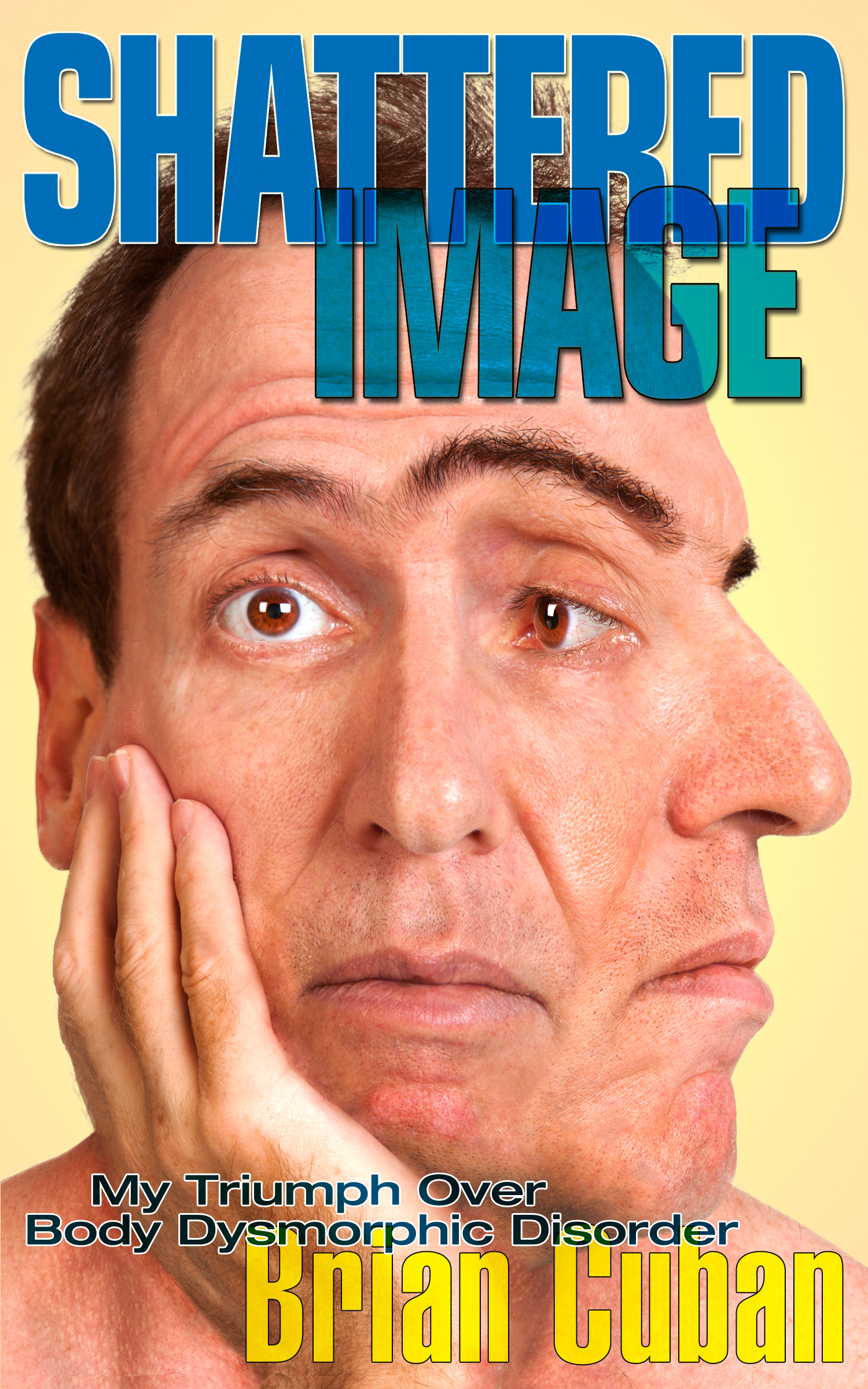 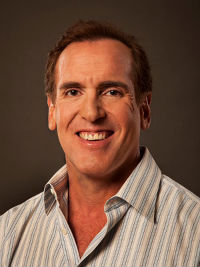 Our exclusive interview with Brian Cuban, author of Shattered Image:  My Triumph Over Body Dysmorphic Disorder

Early in your book, Shattered Image, you made a strong statement of health when your wrote , ” … that I am not my distorted thoughts about my body. I am not defined by how I think others perceive me.” As someone who has struggled with Eating Disorders and Body Dysmorphic Disorder, how did you feel when you first introduced that belief?

At first it is very counterintuitive, going against everything I had told myself and in my mind, had been told for decades. I tend to be a very linear, repetition-based learner. So the baseline thought was that if I repeated it enough times I would come to believe it and others would believe it as well, and see a different Brian. Of course it was not that simple. The reality of my recovery from eating disorders and BDD was that I had to tear back all the layers of history to shy “middle syndrome” child who defined his entire existence by what was said about him and the need for acceptance.  It however all had to start with one positive thought. Then with each successive thought do a little more with it to redefine my self-image.

As one lives life, one comes to know that emotions can be intense and overwhelming. Rather than shying away from emotion you state, “Recovery does not mean the abdication of emotion.” Can you please comment further?

There is an old saying, “feeling is healing” In recovery, I found that the more I held in all the emotions surrounding my early relationship with my mother, the kids who bullied me and even physically assaulted me, the more stagnant I was in recovery.  Holding all that in made it easier for me to be triggered into repeating destructive patterns. I am an emotional person by nature and a lot of angry emotion went into the harmful things I did to myself. The trick became to take those emotions and release them in a positive way.  Emotion is good.  Destructive emotion is not. I had to feel that pain of my childhood, perceived failures in life, guilt and stigma in a self aware manner.  That type of emotion was very healing and empowering for me. Getting it out and letting go of it was a fundamental step in my recovery.  I have found in my recovery that lack of emotion and lack of honesty about my situation went hand in hand.

Your story shows you developed a loving sense of self-compassion and self-understanding. How did you get to this state?

It was a process that developed from reaching my deepest state of self-loathing and hating what I saw in the mirror as a result of my Body Dysmorphic Disorder and then small steps back.  The first part of that process after going into twelve-step to get the drug addiction and alcohol abuse under control was intense therapy combined with medication to get the clinical depression and OCD associated with Body Dysmorphic Disorder under control.  In therapy and on my own I often role–played with the thirteen-year-old Brian. I would talk to the little boy who was shy, lonely and in pain.  It always came back to this:  I would tell him that what he was going through was not his fault.  He was loved even though he had a mother who had difficulty expressing it in healthy ways because she was not given those tools by her mother who fat shamed her and mentally abused her.  I would tell that little boy that it was ok to love himself and open up about his shame.  That he is not alone.

I finally did have that conversation with my father many years later in my darkest moment. I told him all the things that I wanted to tell him so many years ago but was afraid of the rejection of the only love I had to hang out to.   When he responded telling me that he loved me and would do anything he could to help me, I was finally that little boy realizing it was ok to love him because he was loved.

It started there and evolved through a lot of therapy and, just has importantly, having a mother who was willing to sit down with me and talk to me about how she was raised by her mother.  I was very lucky in this regard. Many families going through eating disorders, addiction and depression only have silence, blame and shame.  That thirteen-year-old boy did not have the tool of self-awareness to know it was not about him. I now know that and practice self-love and self-compassion on a number of levels in not projecting what I think others may be thinking about me.  There are days in which it is not always easy to love myself but that is the continuing process of recovery. I still have those talks with that little boy. He loves himself a little more every time we chat.  In return, I love myself a little more.

During your experiences with your illnesses, shame and embarrassment were your steady companions. With what have you replaced them?

I replace them with positive affirmations and the constant reminder  that I am not my thoughts.  As an example, I used to be terrified to take my shirt off in a swimming pool.  Now, I know that no one is staring at me and thinking that I am a “fat pig” as my mother would call me. They are worried about their own lives.  Thought projection has become on of my worst enemies.  Now, daily positive affirmations have become one of my strongest allies.  Social situations can still be a challenge for me but they are no longer paralyzing because I am no longer embarrassed to be me even if it takes an occasional reminder.

Your book mentions that in May 2008, you blogged that you were a recovering anorexic and bulimic.  Perhaps a bold and frightening move for some – what was your perspective in this decision?

At that point in 2008, I was still unsure of where I stood in the eating disorder spectrum.  While I knew that eating disorders existed in the world and what my problem was, as a male, there was this gut wrenching loneliness in my plight.  The thought that I was the only male suffering and that it would be a socially and relationship stigmatizing admission to anyone, kept me silent publicly even though I had begun to deal with it in therapy. My thought was that if I went public on my blog it would be like throwing it into vacuum where I would not be judged by anyone that I knew. I could throw it out there and run for cover.  The reality was just the opposite. There was nothing but love and support from my family and those who read my post. Reality caught up with what my brain should have been telling me in 2008. I was not alone and there was support even though we aren’t where we are today with male eating disorders. Sadly, I don’t think we have advanced nearly as much as we should have by now in male awareness.

Can you please share some of your thoughts on honesty and trust in relation to your recovery?

Dishonesty with myself was the biggest barrier to my recovery.   As I state in my book, part of my recovery was getting honest about first where I was in my various destructive behaviors and then how I got there.  I lied to my psychiatrist for two years because of the shame and stigma.  People often ask me why I would not be honest with someone I was paying to spill my guts to.  My response is that shame knows no hourly rate.

That said, honesty in recovery was not easy.  Talking about depression was easy. Talking about addiction was easy. Those are acceptable male conversations. Talking about body shame and eating disorders was brutal. Getting the first words out of my mouth was like waking up to go for a run in a snowstorm. I know that if I get out the door it will be ok, but every bone in my body wants to stay in bed. For so many years I just wanted to stay in bed and not want to go there and face that childhood pain and rejection. It was easier to lie to my treatment providers and myself. It was easier to create a distrust of anyone who was there to help or who would help if I would only open up. It’s always easier to lay in bed then get up and face life.

Dishonestly and lack of trust infects everything in the recovery process.

Do you have some thoughts/suggestions to share with males who are in the throes of an Eating Disorder?

I can speak to what I found worked for me.  At some point, I had to trust and allow people to love me. How can someone open up without that?  I couldn’t.  Looking back on my childhood and descent into destructive behaviors, I now see that those people were there. I never gave them a chance to help me.  I was afraid. Afraid of rejection. Afraid of lose of love. Loss of family. It was all self-created. I projected out every reason to suffer in silence. I don’t know your story but I truly believe this. No matter who you are. Someone loves you. There is someone you can trust.  If you don’t feel loved. Ask yourself this. Who do you love?   Reach out to those people. Give them a chance. Give yourself a chance at an “eating disorder free” life.  It all has to start with trusting someone.

Brian Cuban is an author whose best-selling book “Shattered Image: My Triumph Over Body Dysmorphic Disorder,” chronicles his first-hand experiences living with, and recovering from, eating disorders, drug addiction and Body Dysmorphic Disorder (BDD). Brian speaks regularly about his recovery, childhood bullying, fat shaming and breaking the male eating disorder stigma. He has spoken at prestigious locations such as the University of North Carolina Center For Eating Disorder Excellence. He has keynoted prestigious events such as the Entertainment Industries Council 3rd Annual Media And Mental Health Awards. Brian has appeared on national talk shows such as the Katie Couric show discussing the above issues. Brian also writes extensively on these subjects. His columns have appeared on CNN.com, Foxnews.com, The Huffington Post and in online and print newspapers around the world.