Other Specified Feeding or Eating Disorders (OSFED): Your Symptoms have a Name! 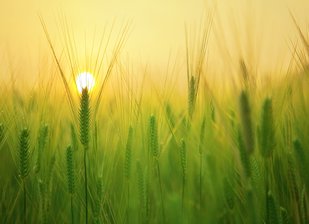 Other Specified Feeding or Eating Disorders (OSFED): Your Symptoms Have a Name! 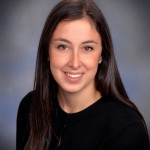 Mary is a 35 year old woman who is of normal weight. She frequently diets, going through bouts of restricting calories for a few days, and then binges on her “forbidden foods.” Mary constantly worries about food and calories, even when she is busy doing things she likes, like being in the company of friends or reading a book. Mary is worried she may have an eating disorder, so she tries to find more information online about what her diagnosis might be. She quickly realizes she does not meet criteria for anorexia nervosa (AN), bulimia nervosa (BN), or binge eating disorder (BED), which are the only eating disorders Mary has ever heard of. Mary feels confused and disheartened.

Anorexia nervosa and bulimia nervosa are extreme examples of eating disorders, but are relatively rare, with lifetime prevalence rates at only around 1.7% and 0.8%  respectively (Smink et al. 2014). Due to the media attention these disorders receive, some people with clinically significant eating problems (but who don’t meet criteria for anorexia nervosa or bulimia nervosa) may not realize that their symptoms, too, have a name. The often impairing and distressing symptoms that these individuals are experiencing are well deserving of clinical attention and we are always glad they called us for help.

Luckily, the newest (5th) edition of the Diagnostic and Statistical Manual of Mental Disorders (DSM-5) included an improved classification, featuring broader diagnostic criteria, for diagnosing eating disorders. For example, many individuals who normally would not have met criteria for anorexia nervosa or bulimia nervosa in the 4th edition (DSM-IV) would now receive such a diagnosis in DSM-5 (Quick et al. 2014). DSM-5 also improved on the criteria for Other Specified Feeding or Eating Disorder (OSFED). Where DSM-IV labeled eating disorders that did not fit into any category as eating disorders as “Eating Disorder Not Otherwise Specified (EDNOS)”, DSM-5 replaced this category with OSFED.

So, overall, DSM-5 succeeded in adding specificity to various symptom pictures. Some medical professionals argue that Other Specified Feeding or Eating Disorder (OSFED) categories may unnecessarily pathologize symptoms, like negative body image or dieting, that many individuals may experience to some degree over the course of their life. However, most patients are relieved when a clinician can assign a diagnosis to the suffering they are experiencing; it is often validating for an individual’s suffering to be recognized and named. Further, from a clinical standpoint, treatment can be formulated to address only the symptoms the patient is currently experiencing, rather than a “one size fits all” model.

If you would like to learn more about OSFED, Almost Anorexic: Is My (Or My Loved One’s) Relationship with Food a Problem? is a helpful, reader-friendly guide written by Dr. Jennifer J. Thomas, the co-director of the Eating Disorders Clinical and Research Program at Massachusetts General Hospital. In sum, if you think you might have Other Specified Feeding or Eating Disorder (OSFED), please don’t hesitate to seek treatment. Your experiences and symptoms have a name and are valid and worthy of attention and because they are treatable. Instead, you could follow Mary’s example: she went to see a psychologist and was diagnosed with Other Specified Feeding or Eating Disorder (OSFED). He recommended she enroll in weekly sessions of CBT-E, after which Mary saw significant improvement in her binge frequency and her attitudes about food and eating in general.

The author would like to acknowledge Dr. Kamryn Eddy for her thoughtful advice and revisions to this article.