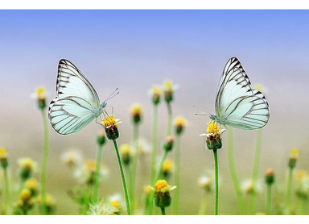 A client and I had an interesting chat about wasting food. She was raised on a shoestring budget, with her grandmother insisting that everyone finish the food on their plate. I understood: My father would sit with me and read the New York World-Telegram until every morsel on my plate was in my stomach. He acted as if unfinished food was reason enough for the major crimes unit to haul me away. Though he was raised during the Depression when money was tight, by the time I came along he’d become a successful Manhattan podiatrist. I understand how old habits die hard, if at all.

Now, I go out of my way to explain to dysregulated eaters that what we came to believe as children when we were told not to waste food was that we were bad if we did. Whether our refusal to join the “Clean Plate Club” was simply frowned upon or punished outright, the message left its mark. With the best of intentions, our caretakers induced shame, guilt, and anxiety in us about not finishing food. It never occurred to them that our behavior was natural, acceptable, and laudable. While we, of course, should forgive them for their ignorance, we must fight the urge to eat food simply because it’s there and instead listen to our appetite cues for fullness and satisfaction.

The Oxford Language online dictionary defines waste as “to use or expend carelessly, extravagantly, or to no purpose.” By deconstructing this definition, we can see that it has nothing to do with uneaten food because . . .

Whose food is it anyway?

When we’re given or have paid for food, it belongs to us with the understanding that we can make decisions about what to do with it. It doesn’t matter that other people don’t have the same understanding as we have. This is how the transaction of goods works. Once food is in our hands—like a book or a pair of socks—it’s our right to do what we want with it: wear it as a hat, eat it, or feed it to the dog.

This issue of rights is, of course, central to dysregulated eaters, who struggle with claiming ownership of their bodies because they’re uncertain about where they end and others begin. Many fear that if they go against the grain and assert their right to feed their bodies, there’s no end to what they might feel entitled to do: choose work they enjoy, people they love, a lifestyle that suits them, and beliefs that ring true to them. The list is endless.

We can do three things with food we don’t want: put it away, give it away or throw it away. All are perfectly reasonable options depending on circumstances. We don’t need to choose one avenue and stick to it for life but can be flexible about which strategy is appropriate when.

To help clients succeed in changing their thinking about uneaten food, I share with them two brilliant examples of enoughness I read somewhere decades ago: When our laundry is dry at the laundromat, we don’t watch it spin around until the drier stops because we paid for more time. We grab our stuff and leave. If there are minutes remaining in a parking meter when we’re finished doing errands, we don’t wait in the car until our money is used up. We drive off. In both cases, we recognize we’ve gotten our money’s worth. When clients assign uneaten food to the same mental category as laundromat driers and parking meters, they can leave it on their plates more easily.

For homework, I encourage clients to leave uneaten food on their plate weekly, then move up to doing it a few times a week. Maybe it’s a slice of apple, a forkful of lasagna or a half pint of ice cream. The goal is for them to become so comfortable leaving food that they feel free to do so whenever they’re full or satisfied.

To make peace with garbage cans, I encourage clients to view dumping leftover food into them as a symbol of radical self-care. Initially, this is a difficult, distressing task, but most clients learn to toss out uneaten food with practice. I suggest they start out doing it once a week, then ramp up to daily until the behavior feels comfortable and automatic.

Dysregulated eaters may misconstrue advice to leave food on their plates when they’re full or satisfied as promoting restriction or deprivation. The purpose of doing so is not to ingest fewer calories to lose weight. Nor is it to rebel against what others ask us to eat, when saying no to food is often a response to not wanting to be told what to do. Saying yes or no to food are both value neutral choices and depend on appetite and circumstance. Neither is better nor worse than the other. The goal is to eat enough to nourish and satisfy ourselves.

Exploding myths about wasting food and helping clients reframe or reject what they learned about finishing all the food on their plates goes a long way toward teaching them to become “normal” eaters. Moreover, if they can triumph over internalized untruths and break free of destructive habits by saying yes to what their bodies want and don’t want, who knows what other wonders they’re capable of?

Karen R. Koenig, LCSW, M.Ed., is a psychotherapist, international, award-winning 8-book author, and popular blogger. Her books and blogs are known for their humor and practical wisdom. She has 30-plus years of experience in the field of eating psychology, teaching chronic dieters and emotional, binge, and over-eaters to become “normal” eaters through using a non-diet, non-weight focused approach to eating intuitively and creating joyous, healthy, meaningful lives. Her media experience includes scores of TV, radio, print and podcast interviews. She lives and practices in Sarasota, Florida where she provides in-person and teletherapy. Her website is http://www.karenrkoenig.com.

Temperament-Based Therapy with Support for Anorexia: A Novel Treatment Interview