Ten Things I Wish Physicians Would Know About Eating Disorders 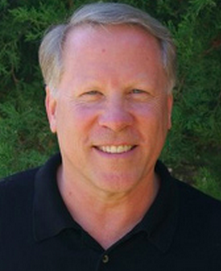 The most important things physicians need to know have to do not with technical aspects of assessing or treating physical aspects of an illness, although those are important. It is about the physician first addressing his or her own attitudes about eating disorders and those who have those illnesses.

1.  Physicians are lucky to have people with eating disorders as their patients. People who suffer from eating disorders are a special group. Almost without exception, they are empathic, creative, intuitive, hard working, and usually gifted in at least one of the following (and quite often in all 3): academics, creative expression, and athletic endeavors. When these sufferers are free of their illness, they are incredible people to know and be around. And their recovery encompasses all the reasons why, hopefully, most doctors go into that profession.

2.  Don’t be afraid of an eating disorder.  It is an illness, with signs and symptoms and causes, and really good treatment. What other illness would a physician feel so inadequate about and also not seek the advice of colleagues or the literature? Sadly that happens so frequently and it is the topic of sufferers, family members, and professionals in the eating disorder field. Please do not be one of those people we talk about like that. Get educated or get help, but do not ignore, dismiss, or fail your professional responsibility.

3.  Eating disorders will test one’s ability to be humble. These are some of the most complicated illnesses there are, as they involve both complex medical and psychiatric issues. In addition, there are not that many medical experts around, so, yes, most doctors will feel like they are in unchartered territory. And you will make mistakes; we all do. But learn from them and approach the problem in the way that patients expect of physicians—with a cool head and keen mind, unfettered from a sensitive ego.

4.  You will likely need help at some point. A physician cannot know all details about every illness, especially ones as complex as eating disorders. As with any illness one encounters as a physician, the professional approach is to determine what the best assessments and treatments are. Again, be humble enough to ask for or seek advice.  One can seek opinions of experts in the field in any number of ways—a phone call (a so-called “sidewalk consult”), go to the literature, use the AED medical guide, or any number of texts on the subject (consider the books by Mehler & Andersen, and Birmingham & Treasure, or, maybe even my chapter in the book by Maine, McGilley & Bunnell).

5.  You will not be able to successfully separate out the physical from the psychiatric. Both must be treated at the same time. It is no longer appropriate to say, as a physician, that these are psychiatric illnesses. Nor is it permissible for psychiatrists to say that they are not the ones to deal with the medical. Again, if you do not know, do not reject the patient—instead, call in a consultant and work with that other physician.

The same applies to medical and psychiatric hospitals. Eating disorder patients should never be placed in a medical “no-mans land” where they are ping-ponged back and forth from one to the other, each claiming they cannot treat an eating disorder. These hospitals, by the way, do not have a sign outside saying, “WE TREAT EVERYTHING…except eating disorders.”

6. Keep checking every organ system every time. Use screening tools and a consistent pattern to the history and physical to make it easier, faster, and more likely not to miss something important. Use a BMI graph in those who have restricted to predict how serious the decline is, as the more dramatic the drop or angle of decline on the graph, the more likely that cardiovascular complications are present. A dramatic drop of the BMI can be very alarming and convincing to family members and to patients (see example). As I say often in those cases, “Imagine you’re flying Southwest Airlines and this is how the plane is going down. What would you want the pilot to do about now?” The answer is universally:  “Pull up”…How soon?  “Now!”

7.  While they are complex, eating disorder’s medical complications follow specific, predictable physiological patterns resulting from the ED behaviors. However, physicians must consider the specific circumstances of that individual patient and what behaviors and conditions can predict certain medical (or psychiatric) complications. If they are purging, for example, they could have bleeding, electrolyte and dehydration issues, and signs and symptoms consistent with those conditions. Always consider cardiac complications, and in those who are restricting, screen for Refeeding Syndrome. Those who restrict should have signs of hypometabolism, with low body temperature, bradycardia, capillary refill delay, acrocyanosis, and such.

8.  Check lab values frequently, including electrolytes and especially phosphorus and magnesium in those at risk of Refeeding Syndrome. Purgers are at risk of bleeding, so the CBC needs to be followed. The AED medical guide provides a good summary of labs needed.

9.  Remember that many of the psychological issues may be a result of medical issues and vice versa. What one may think is anxiety or panic could easily be hypoglycemia. What may appear to be depression, bipolar disorder, or personality disorder may actually be malnutrition, brain starvation, and such. And the medical issues will tend to worsen what psychiatric issues are present.

10.  Athletes can get eating disorders, too. Don’t assume because the patient is a high performing athlete, that physical findings that would be considered abnormal in others is due just to the patient being an “athlete.” A common mistake is to assume that one’s bardycardia (slow heart rate) is due to being a fit athlete. However, if the resting heart rate is below 50, evaluate if hypometabolism and energy conservation are ongoing, and not due from a fit heart but one that is losing its exercise capacity.

Do not be surprised how many calories it takes to refeed someone who has been malnourished, especially one who was exercising heavily with their eating disorder. It can be enormous calories and the patient may only then slowly gain weight at first. This is because the metabolism has to be reversed and turned from hypometabolic to hypermetabolic and that requires enormous calories, fat, protein, and carbohydrates. It is not uncommon for someone at a very low weight to be eating 5,000 calories per day at a treatment center and very slowly gaining at a rate of 1 or 2 pounds a week after a few weeks of no weight gain or even weight loss.

If a physician were to follow just the above, he or she would know more about eating disorders than 95% of other physicians. We are not looking just for experts; we’re looking for volunteers to care for these deserving patients. 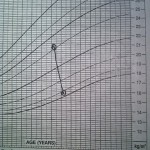 Ed Tyson has been treating eating disorders for over 20 years and is in private practice in Austin (www.EatingDisordersDoc.com). He is a member of the AED’s Advisory Board and the Medical Care Standards Committee, and a co-author of the AED’s Medical Guide for Eating Disorders. He considers himself an advocate for those who have EDs, and teaches medical, nursing students and undergraduates and graduate students about EDs at the University of Texas, and presents at professional meetings whenever he can.