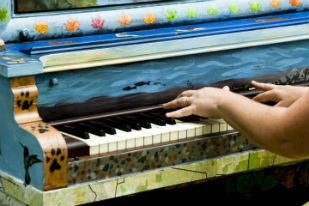 The Use of Arts In Awareness & Prevention of Eating Disorders

Part 2 of a 3-part series by Robyn Hussa Farrell, Founder and CEO of mental fitness

I began this three-part series in last month’s publication, outlining the experience of using an award winning rock musical to serve as a catalyst for educating about serious mental illness and eating disorders in schools and universities.

My journey bringing NORMAL – an award-winning rock musical based on a mother’s true story of her daughter’s struggle with anorexia – and our team of medical specialists to schools, conferences and universities between 2006 and 2009 led to 18,579 audience members experiencing the program live; of whom, an estimated 354 came forward to seek treatment for their mental health issues.

In EVERY presentation, in EVERY setting – private schools, public schools, universities, middle schools, conferences, high schools – we knew at least one person would come forward to seek help for themselves or for a loved one.  In some cases it was teachers coming forward, in other cases, students.  We recorded the pre- and post- program surveys in 23 binders and also recorded the most commonly asked questions during each of the Q&A sessions for more than 75 presentations.  We now have a list of those 160 questions, from which we design our discussion materials and talkbacks.

It was in direct response to the above work that led us to developing film-based programs and – eventually – to our “Tiered” training model for K-12 schools listed at the very bottom of this article.

Driving a Matrix around with a piano and props was not a way to scale a public health program.  In 2010, I re-met Tim Farrell – an award-winning television news producer and documentary filmmaker in New York City.  Tim encouraged me to create documentary films featuring national researchers and experts that could myth bust about mental health facts and findings.  For the next two years we traveled the country to interview more than 40 researchers and practitioners from multiple areas of science.  The result was our first film: Speaking Out About Eating Disorders – a 40 minute documentary outlining the 4 types of eating disorders, the importance of CEDS

certification and the hopeful side of recovery.  The tool was instantly implemented as a training tool for graduate social work and psychology programs around the country and for on boarding of clinical staff in treatment centers where it is still used today.

From there, Mental Fitness’s scientific and medical advisory board of more than 25 members helped us to build ED 101 – a tool that incorporated some of the footage from the rock musical, NORMAL, and focused on the family 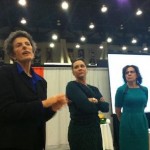 In 2012-2013, I was asked to design awareness programs for K-12 faculty and staff in 7 districts in South Carolina schools.  We decided to roll out a train-the-trainer program implementing “fixed” elements that we could measure.  I called Bryn Austin who had just created the STRIPED program at Harvard School of Public Health and she connected me to one of the Ph.D. candidates at the time to help us create measures to track our progress.  A few months later, my sister-in-law at Hopkins allied me to a research team at Coastal Carolina who were also able to collaborate on the project.

The preliminary report and findings from 2013-2014 Tiered trainings in SC, WI and CT is available here.  Anticipated publication is 2016.

Around this same time, the fabulous and truly enlightened Karen Sossin approached me to bring her “Dangers of Dieting” program (on female athlete triad and disordered eating) to a new level.

We brought together a team of more than 25 national experts on the triad and on athlete health and evolved our ThinkEatPlayprogram for athletes.  During the process we initiated a coach survey in collaboration with many of our medical advisory board members and researchers.  The initial summary analysis is here and led to the following publication:

I think it was around the same time that the BEDA and ANAD nonprofits commissioned us to create another documentary film: Beneath The Floorboards.

All of the above tools and programs were eventually brought to our new prevention platform as online trainings where we incorporate all of the 5 elements of a Mental Fitness training in one place: the film, the handouts, the discussion questions, resources, handouts and links to validated screeners. 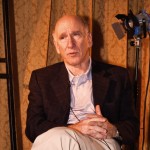 As of the time of this article, our live, online and other programs have reached over 750,000 individuals.  Our evidence-based tiered eating disorder trainings for K-12 schools and institutions have been launched in 5 states and as far as Vancouver, Canada.

We learned many things between 2009 and 2015.  Most importantly, we learned to map together the shared risk and protective factors that underlie serious mental illnesses and eating disorders.  We built a prevention site (BResilient.co) and the NOURISH prevention center, which will be outlined in the final segment of this series.

The 5 Standards for Leading Eating Disorders Trainings In Schools or Universities.

Mental Fitness has developed standards for leading eating disorders trainings in a school or university setting.

2.  Connect With Vetted ED Resources. Those leading the training should connect with a minimum of 5 vetted eating disorders resources in the geographical area PRIOR to the presentation.  We would prefer those specialists who are credentialed as “Certified Eating Disorders Specialists” (CEDS) from the iaedp organization or as “Fellows of the Academy for Eating Disorders” (FAED) from the AED organization (the two professional organizations that exist today.) When providing a vetted resources sheet at each training, we encourage schools and communities to find public health, sliding scale / Spanish-speaking, as well as private-pay and eating disorders resources that accept insurance prior to leading a training.  Our nonprofit (and many others) can assist in this process.

3.  Review How To Manage Serious Mental Illness In School. Schools should already have a policy and procedure in place for managing serious mental illness in the school setting.  Prior to leading a training, we recommend that these policies are reviewed and clarified between school counselors, nurses, social workers and educators.  It is always a good idea to also connect with the local Department of Mental Health or other appropriate agency to review state policies, as applicable.

4.  Put Resources In The Hands Of Participants.  Once the training is established, we recommend that PRIOR to the film screening or seminar, myth-buster sheets be distributed to every audience member without them having to ask for it.  We have found that this greatly reduces the shame when an audience member does not have to physically ask for resources or help.

5.  Follow Guidelines.  For those purchasing our educational tools, we recommend following our recommended guidelines for leading the film seminar, Q&A and for distributing our handouts.

Part one of this article can be read in its entirety by clicking here, and to read the final installment, click here.

ROBYN HUSSA FARRELL is an award-winning New York producer and performer, educator and author. She is co-Adaptor of the Jonathan Larson award-winning musical, NORMAL, which she has been producing and performing in for 7 years to educate about mental fitness in schools … and which is the inspiration for forming mentalfitness, inc. (formerly called NORMAL In Schools).  As a writer, she re-imagined and is Author/Editor of the award-winning body image blog site WeAreTheRealDeal.com, she is Author of the books Healthy Selfitude and Meditation & Mindfulness For Eating Disorder Recovery and has provided a chapter in a new book by Carolyn Costin about yoga for recovery which will be published in 2016 by Routledge.

For years Robyn has also been co-creating and producing documentary films with her husband Tim Farrell, through their production company whitelephant.  Some of the documentary films she has co-directed; include, Speaking Out About Edand ED 101 – both on sale at Gurze publications, and both are the result of her interviewing national experts in the fields of neurobiology, eating disorders, obesity and nutrition.  Their next documentary film is Beneath The Floorboards and one on their journey with NORMAL THE MUSICAL.  Hussa Farrell is also responsible for creating and implementing the more than 25 award-winning mentalfitness programs that serve as content to more than 20 national nonprofits, corporations and that are created in collaboration with more than 50 national researchers in medicine, nutrition, mental health and wellness. She recently co-created the ThinkEatPlay program to optimize health in athletes and created the BE stress-management and wellness program for educators which are being piloted in districts throughout the country.

Hussa Farrell also has collaborated as investigator and author on several research publications.  Her work in this area is in collaboration with more than 50 researchers; including those from Harvard School of Public Health, UNC Chapel Hill, Coastal Carolina University, MUSC and others.

In 2014, Hussa Farrell and her husband launched Resiliency Technologies to provide mental health prevention tools to corporations.  More information is available at BResilient.co.

Prior to her work with mentalfitness, inc., Robyn was co-Founder of the award winning New York theatre company, Transport Group.  During her six year tenure as Founding Executive Director, the company won of the 2007 Drama Desk award for the company’s breadth of vision and challenging productions and more than 20 nominations from Drama Desk, Obie and others.

For Transport Group, Robyn produced and performed in: Our Town, Requiem for William; Michael John LaChiusa’s First Lady Suite (2003 Drama Desk Award nomination); The Audience (a collaborative effort between more than 100 artists, composers and writers (2004 Drama Desk Award nomination)); nor.mal: the musical; and cul-de-sac by John Cariani.  Transport Group continues to thrive in the West Village of Manhattan.  Please visit them at TransportGroup.org.

Robyn holds an MFA-Acting from the University of Virginia, is a member of AEA, AFTRA/SAG, the Academy for Eating Disorders (AED), The International Association for Eating Disorders Professionals (IAEDP), Women In Film and Television (NYWIFT), and is an E-RYT Certified Yoga Teacher with the Yoga Alliance.  She and her husband recently relocated to Spartanburg, SC where she is a proud board member of the Spartanburg Philharmonic Orchestra.