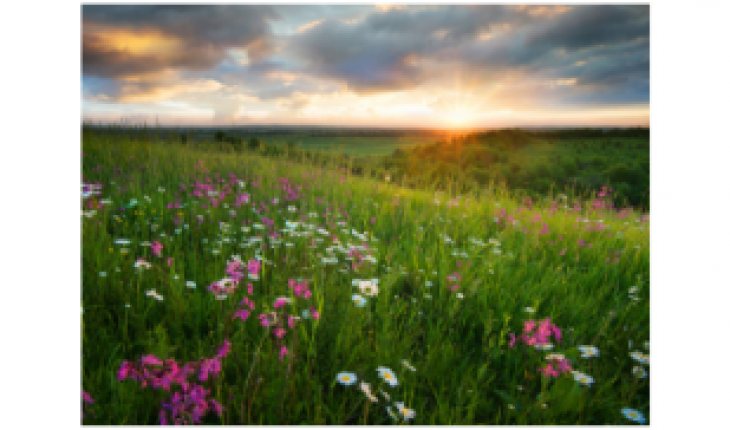 Three Essentials to My Recovery 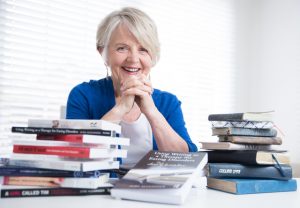 I was 11 years old when anorexia nervosa developed. Coping with its challenges shaped my life. Decades would pass before I could eat three meals a day like a normal person. At age 27, I was working full-time, with four children under six, undertaking long-distance tertiary studies, and supporting my husband while he pursued job security. I was busy yet my mind twirled, constantly with food, food, food as it had since childhood. By now, with the eating disorder achieving an almost complete disconnection of mind from body, I became suicidal and shared fears with a doctor for the first time. Four years of misdiagnosis followed.

At age 32, recovery began. I met a psychiatrist and immediately thought “this man can help me” for he saw me beyond the illness. His diagnosis was anorexia nervosa, chronic anxiety and depression. Things would get worse before they got better. Medication was prescribed immediately, and soon a new crisis developed. It was like the eating disorder became outward as well as inward. Morals and values went to the wind. My psychiatrist said I was having “a crisis”. Disintegration of healthy self was complete. I became convinced that if I stayed in my marriage, I would die. The illness had reduced me to this. I packed, and left, my husband and children becoming casualties in the eating disorder’s wake.

The First Essential – A Thread of Healthy Self

The turning point came one weekend when the entire family, except me, was invited to my father-in-law’s 90thbirthday. Home alone, I descended into my customary deep, dark well of sobbing nothingness, but this time the rejection pain was particularly acute; so sharp its intensity speared a moment of enlightenment. I glimpsed in my soul a tiny thread of self, and knew I must cling to this thread for this was “true me”. This tiny thread held the truth that I had been born, and had a right to life. I suddenly saw that to recover, I had to hold and use this thread to rebuild an identity that was authentic, that was me. This clarity gave hope. I knew what I had to do. I began in a practical way the very next day, taking action to legally assume my birth name: June Alexander.

In searching for other threads of true self, I spent many tearful hours exploring and coming to terms with losses, grief, guilt and shame with my psychiatrist and my minister of religion, who patiently repeated, “God is in favor of new starts”. I became a champion of new starts.

… for years I have been searching, seeking my identity, my purpose, my meaning, in life. Years. And I’ve concluded that I am a prisoner to myself. And if I don’t set myself free, if I don’t take a stand, I will live the rest of my life feeling frustrated, and unfulfilled; I will not know the joy of inner peace, or the achievements I can enjoy if my energies are set free in a positive way.

I can see that, for many years – since I fell prey to anorexia nervosa – much of my creative energy has been wasted in a negative way, for I have turned it on myself, my own private obsession with food has robbed me of my true self.

I have had some hard lessons. I know I can live with myself only if I accept that my mistakes, my bad experiences, can be the catalyst, the seed, for new beginnings and fulfilment.

I find great difficulty in understanding myself, my behaviour, but I must try to understand myself, my fears, my needs, if I am to correct myself and live out the rest of my life free from the nasty inhibitions that have plagued my inner self for so long.

Finding a way out of the dark forest of the eating disorder was difficult but slowly another thread of self was found, and another, and another. By weaving them together, I was forming the foundation of “healthy-self-me” and the path gradually became clearer.

The Second Essential – Developing Trust and Externalizing the Eating Disorder

Eating disorder thoughts continued to plague into my 40s because I continued to doubt who I was without the illness. I wrote:

I don’t know if a thought is of the true me, or belongs to the eating disorder, or is influenced by prescription drugs.

A dietician gained my trust. She explained that the eating disorder thoughts were not of the true me. I had grown up believing I was the problem. Now, I was learning that the illness was the problem. This insight was a great comfort and relief. Sorting the illness thoughts from true thoughts was a big job, and it followed that I needed to catch and defuse the illness thoughts before they became self-harming behaviors. This task, commenced at age 47, of connecting with my feelings, and taking care of them, took eight years to accomplish. At the same time, I began to eat three meals and three snacks a day. After 30 years of food fears ruling my life, this was a remarkable feat. My diary became a place for recording progress and practicing self-awareness.

A psychiatrist said an “internal saboteur” was causing constant chaos in both my inner and outer life. To be free, I had to identify and eliminate it. This fresh insight helped me to externalize the eating disorder and view it as separate from self. As one of many steps towards building self-belief, my treatment team insisted I repeat the mantra “I deserve to be treated with respect”, until it became an autocue in my brain.

Recovery was not smooth. My body was now receiving adequate nourishment but my brain had a lot of developing to do.  I had missed out on normal childhood, adolescent and young adulthood experiences. I learnt that it was okay to experiment and make mistakes as part of my catching up. Truths that formed missing pieces of my life jigsaw continued to appear. My illness had been part of me for so long, how would I know which thoughts were of true me, and which were of the eating disorder? Finding out, required working through many layers of secrets. I also had to overcome a fear of being alone, and drum home again and again the belief that I deserved to be treated with respect. Since leaving George, I had been attracted to relationships where the male’s personality aligned mostly with the eating disorder’s initially charismatic but subsequently dominating nature. Exciting, but dangerous. Chaos was my shadow. Feelings of rejection, worthlessness and alienation were my “normal”; feeling safe, secure and stable was foreign and frightening. Repeatedly, I returned to the familiar chaos. Oh, so many challenges, inside and out.

The way ahead lay in trusting others, who I knew had my best interests at heart, to guide me in decision-making, until I felt confident enough to trust my own self.

The Third Essential – Reconnecting with Self, Family, Friends and the Community

Living for decades with an eating disorder had affected my physical as well as mental self.

Re-connecting the two was paramount to recovery. Physically, in my 40s, a hysterectomy and spinal operation provided relief, and in my early 50s, diagnosis of the autoimmune condition, Hashimoto’s Disease, marked another step in the rebuilding of self. Medication (ongoing) for this thyroid condition helped considerably in advancing general feelings of wellness.

Two major family events, my daughter’s wedding and my mother’s 80thbirthday, became of great significance in late 2005. These events required the pushing of emotional boundaries and confrontation of fears. With therapists, family and friends guiding the way, I focused on applying mindfulness and imagery strategies to cope with these two emotionally-charged situations, and several months later received a priceless epiphany in self-growth:

… as dusk gave way to night, I sat on my wooden veranda and watched the geese gather on my dam …. Gazing upwards, to the full moon and Milky Way in the gloriously clear star-studded southern sky, I suddenly felt an intense moment of great elation. YES! The little girl inside me had escaped her eating disorder prison!

I had crossed the line. By attending to emotions instead of numbing them with food binges and starvation, for the first time in more than 40 years, I had connected with “me” more than the “eating disorder”. Now that my “healthy self” was stronger than the eating disorder, progress accelerated. The birth of a first grandchild in 2006 became my freedom marker. In 2007, I resigned from a media career to focus on writing my story, A Girl Called Tim, and developing a website, The Diary Healer to connect with others who had experienced an eating disorder and might be feeling lost or lonely.

Tentatively, driven by an urge to learn more about the illness, I began to attend eating disorder conferences.  Initially, I felt extremely nervous and out of place, until the researchers stood to describe their latest findings – and then I sat entranced, on the edge of my seat, wanting to call out in elation: ‘You are describing my life, you are helping me understand me’. Their words illuminated my mind. They helped me to accept that I was an okay person. I began to feel I belonged. I had had an illness that had made me feel worthless, that was all. Self-belief began to grow.

Sadly, efforts to reunite with my family of origin failed. Perhaps too much time had passed, for my parents and sister had made a life that excluded me. It is awfully tough, getting out of an eating disorder prison with your life but without your childhood family.  I cope by counting blessings. Pleasures developed in childhood have provided resilience – a love of writing, a love of nature, and the love of a special grandma. I’m sure my parents loved me, but they didn’t know how to cope.

I owe ongoing healing to a network of support that includes my children’s dad, my children and grandchildren, friends, health professionals and faith in God. I also cherish the support of a “family of choice” within the eating disorder field. Love, and three nutritious meals and three snacks a day, together with walks by the seashore, are my maintenance program. My life has purpose: as a mother, grandmother, writer, mentor and mental health advocate. Most precious of all, I am continuing to grow as me.

Dr. June Alexander is the author of 10 books on eating disorders, including her memoir,and has a PhD in Creative Writing. June’s website, The Diary Healer represents and attracts readership from all sectors. Having healed in adulthood from long term anorexia, comorbid chronic anxiety, PTSD and depression, June thrives in the joys of mainstream living and inspires hope in recovery at every age. Her story-telling work has achieved global recognition, winning the Academy for Eating Disorders’ 2016 Meehan-Hartley Advocacy Award for public service and advocacy in the eating disorder field. June is a foundation member of the National Eating Disorders’ Collaboration steering committee and the World Eating Disorder Action Day steering committee, a member of the AED, ANZAED, and the F.E.A.S.T., professional advisory panel. She provides writing mentoring sessions and workshops on using the journal or diary as a self-help and therapeutic tool.