Home
Body Image
Toward a More Inclusive Understanding of the Body Image Construct: Findings from Studies with Black Women: The Role of the Media in Body Image and Eating Disorders 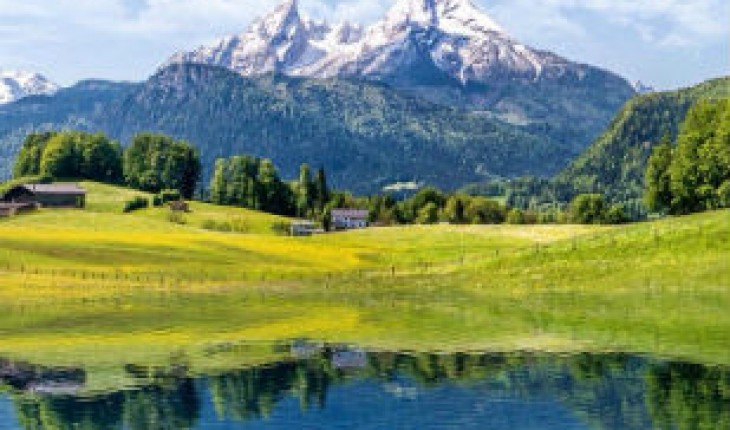 Toward a More Inclusive Understanding of the Body Image Construct: Findings from Studies with Black Women:
The Role of the Media in Body Image and Eating Disorders 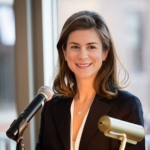 Content analyses reveal that the size of women appearing in virtually all media outlets has decreased significantly since the 1960s, becoming even more prominent in the 1970s simultaneous with an explosion of reported eating disorder cases. This circumstantial evidence suggested to researchers that there may be a relationship between mass media exposure and eating disorders. Because the majority of reported cases were White girls and women, and because mainstream media images predominantly depicted a White thin ideal, researchers and theorists made two major (and related) assumptions: (a) eating disorders are diseases that afflict mostly White women; and (b) thin media images of White women inform the weight and shape concerns that underlie the various behavioral aspects of eating disorders. There is ample research to suggest that White women internalize the thin ideal through mainstream media exposure and that this internalization contributes to negative feelings about one’s body as well as eating disorder symptoms.

Though there are many studies that investigate the role of media in body dissatisfaction among White women, there is a dearth of studies that look at the role of the media on Black women’s body image. Among the handful of studies that do exist, Black women are often asked about mainstream TV viewing or pressures to conform to the thin ideal, and in the majority of those studies, Black girls and women appear to be unaffected by said images. There are, however, a few recent studies that support the relationship between internalizing thin body ideals and disordered eating symptomology for Black women. These studies include racial identity as a moderating variable and suggest that women who are more White-identified are more susceptible to internalizing images of thinness and experiencing subsequent eating disorder symptoms. Women for whom race (Black) and ethnicity (African American, Caribbean American, etc.) are more salient are found to be unaffected by thin media. A substantial amount of research suggests that thinness does not necessarily represent a body ideal for many women in this population.

The Thin Ideal Is Not a Universal Ideal

Research within the last two decades has found that body image and eating patterns differ among African American and White girls and women. Specifically, findings tend to suggest that African American girls and women: (a) do not ascribe to the same thin ideal; (b) do not endorse the same high levels of body dissatisfaction; (c) are generally more satisfied with their appearance; and (d) engage in less eating disorder behavior when compared to their White counterparts. When specifically looking at media studies, qualitative work suggests that Black adolescents and women reject thin-ideal images as: irrelevant, not representative of their ideal, and unimportant to themselves and others in the Black community. Experimental designs have shown media images of Black women to have significant effects on the self and body esteem of African American females while images of White women have no effect. Social comparison theory asserts that comparisons are made to like others (those who are more similar on relevant attributes), so images of thin White women are unlikely to be considered a like other to many Black females. Thus, Black women are likely to reject the White mainstream media ideal as a valid source of comparison and instead compare themselves to images of other Black women. Perhaps this accounts for the lack of significant findings in those studies that assess Black women’s body dissatisfaction after viewing media images of White women.

A prevailing perspective regarding body image differences between White and Black women involves the differing body size preferences between the two cultures. There is a substantial body of work to support the notion that both female and male members of the African American community prefer larger body sizes (accomplished through figure scale studies, waist hip ratio calculations, etc.). Yet, there are very few studies which investigate the implications of this distinct body ideal. Instead, even though the literature suggests that such a pursuit is not relevant or meaningful for many African American women, most studies on body image with this population have continued to incorporate the thin ideal into their research design.

Reviewing the literature as a whole, it would appear that African American women are protected from body and eating disturbances. However, the methods by which these conclusions have been reached are based on quantitative investigations which utilize body image measures that centralize the thin ideal. In these studies, even when White samples are not explicitly included, African American women are being implicitly compared to their White counterparts for whom drive for thinness and preoccupation with weight and shape have proven to be salient. What about African American women and Black women for whom thinness is not relevant? Are we to believe that this group is protected from negative feelings about their physical appearance because they are not concerned with the thin ideal?

Ample sociocultural and historical sources support the idea that skin tone and color, hair length and texture, and facial features represent appearance characteristics that are salient to the body image of Black women. Despite this, very few empirical studies have investigated the effect that these particular beauty ideals have on African American women’s feelings about their physical appearance. The vast majority of work that includes these appearance attributes as part of Black women’s body image is qualitative. This small body of work, conducted with both undergraduate and community samples, shares the following findings with regard to body image: (a) hair and skin are important aspects, (b) a large backside, small waist, and large breasts and thighs are idealized, (c) being thick and toned is idealized, and (d) Black men’s appearance preferences are influential. These studies also suggest that Black women are not immune from negative feelings about their physical appearance just by virtue of their race. Instead, they are just as vulnerable to body image disturbance when their cultural body ideals are considered.

My specific research began with a grounded theory analysis of Black women’s body image. The theory generated in this study produced a core category of Body/Self Image, defined by physique, hair, skin, and attitude, which was both negatively and positively affected by Interpersonal Influences (i.e., the influence of Black men and family members), and was negatively affected by Experiences of Oppression (i.e., racism/sexism and invisibility) and Media Images (i.e., influence on Black Men and lack of acknowledgement of Afrocentric features). Figure 1 depicts these relationships. Specifically, our study found that hair, skin, and attitude were equally as important as weight and shape in the core category of body/self image for our participants.  Our participants also perceived Black men’s aesthetic preferences to very much include hair texture and length, skin tone and complexion, and facial features. 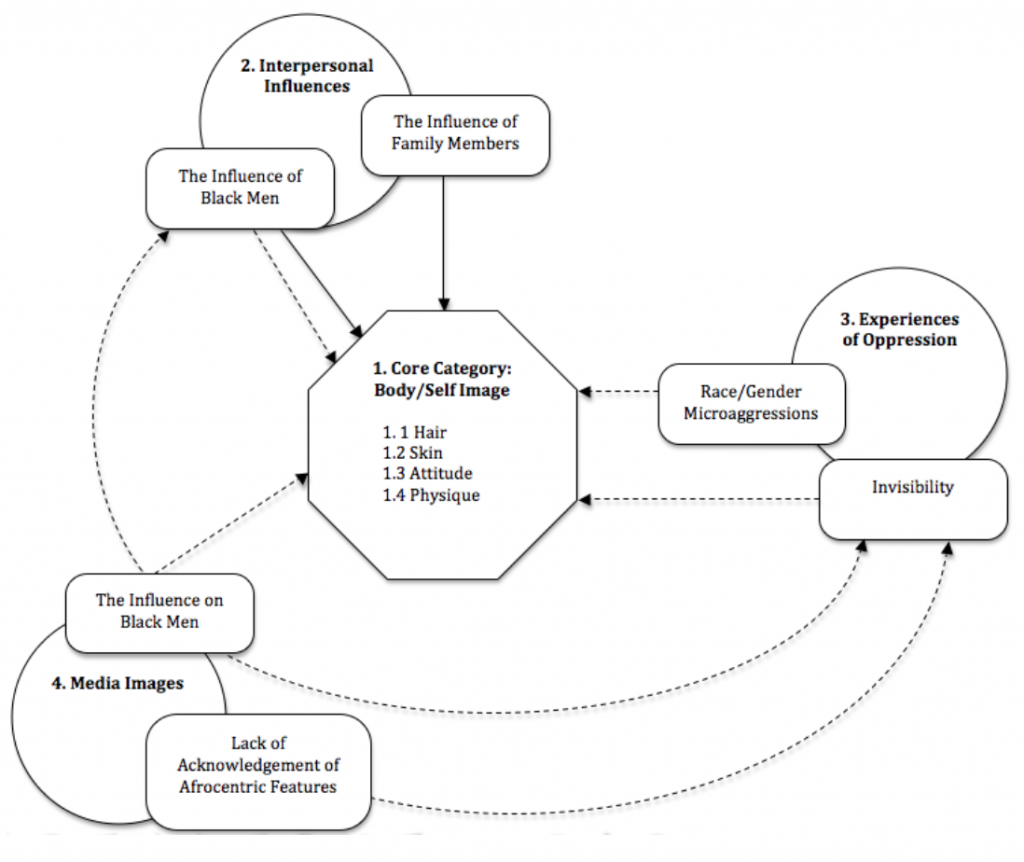 Figure 1. Conceptual model of the generated theory. The core category of Body/Self Image, as defined by hair, skin, attitude, and physique, is affected by Interpersonal Influences (category 2) from Black men and family members, Experiences of Oppression (category 3) due to race/gender microaggressions and feelings of invisibility, and Media Images (category 4) that influence Black men’s aesthetic preferences and lack an acknowledgement of Afrocentric features. The relationships between the categories are denoted by solid and/or dashed arrows that indicate qualitatively positive or negative effects, respectively. Media images, particularly their influence on Black men, play an integral role in linking categories to each other as does feelings of invisibility in impacting participants’ body and self image.

With regard to the media, participants spoke about believing the media to have a powerful effect on influencing Black men’s aesthetic preferences. Not only did this produce interpersonal pressures to meet these standards, but they were also perceived as oppressive, which then negatively affected participants’ feelings about their physical appearance. Notably, this nuanced finding not discussed in other qualitative reports suggests that these images are not simply directly harmful to body image through Black women’s internalization of them, but are also indirectly through their perceived influence on Black men. This phenomenon is indicative of the “third person effect,” whereby the perceived influence of media images on others is more powerful than the effect of the images on the self. Participants in this study expressed concern that the media’s admiration of Afrocentric features (e.g., full lips and backsides) on White female models/celebrities and Eurocentric features (e.g., thinness and lighter skin tone) on Black female models/celebrities would influence Black men to prefer mainstream ideals of beauty that increasingly diverged from Black women’s body image. This divergence not only contributed to participants’ described feelings of devaluation but also negatively impacted their body image; that is, the more participants felt that Black men’s preferences were influenced by the media, the more they felt negatively about their physical attractiveness. In a follow up study, we supported these relationships and the theory through structural equation modeling.

Findings in the larger body of work that looks at racial differences in body image and eating disorders have led researchers to conclude that strong ties to a Black or African American identity protects or buffers Black women from body dissatisfaction and eating disorder symptoms. However, our work suggests that Black women who are strongly identified with Black culture are equally as vulnerable to appearance dissatisfaction when culturally relevant variables are integrated into the study design. This work underscores the idea that psychological constructs (i.e., body image) are not necessarily universal constructs, and instead may represent the values of the dominant culture. As clinicians and researchers, our job has become to challenge accepted truths such as these and start from the ground up when working with a population that has not been previously represented in the literature.

Christina M Capodilupo, Ph.D., Ed.M., is Adjunct Professor in the Department of Counseling and Clinical Psychology at Teachers College, Columbia University where she received her doctorate in 2009. Christina also has a Masters of Education with a concentration in Gender Studies from Harvard’s Graduate School of Education. Christina’s clinical and research interests focus on body image and eating disorders; specifically how these issues manifest for women in marginalized groups. She has received eating disorder treatment certifications from the Institute of Contemporary Psychotherapy in New York City and has completed advanced training in cognitive behavioral treatment for binge eating and bulimia. She has recently published several papers that explore the body image and eating issues among African American and Black women. Christina also studies subtle forms of discrimination and their impact on mental health and has extensive publications in this area. Her most recent work is the development of a scale that measures everyday experiences of sexism.

Capodilupo, C.M. (2015). One size does not fit all: Using variables other than the thin ideal to understand  Black women’s body image. Cultural Diversity and Ethnic Minority Psychology, 21(2), 268-278.

Capodilupo, C.M. & Forsyth, J.M. (2014). Consistently inconsistent: A review of the literature on  eating disorders and body image among women of color. In M. Miville & A. Ferguson (Eds.), Handbook of Race-Ethnicity and Gender in Psychology, Springer.

Kuba, S. A., & Harris, D. J. (2001). Eating disturbances in women of color: An exploratory study of contextual factors in the development of disordered eating in Mexican-American women. Health Care for Women International, 22, 281298.