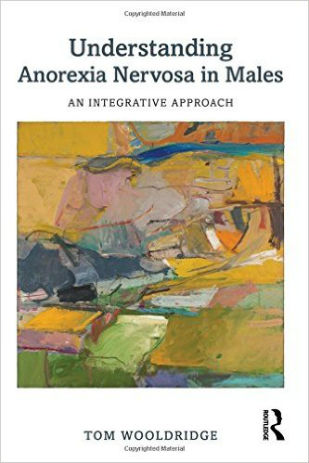 Tom Wooldridge joined us to discuss his book, Understanding Anorexia in Males: An Integrative Approach. What follows are our questions in italics, and Tom’s thoughtful answers.

In Understanding Anorexia in Males: An Integrative Approach, you focus “on the male experience of anorexia nervosa.” What can you tell us about stigma and alienation for a male with anorexia nervosa (AN)? 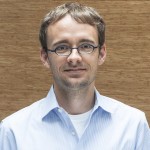 The triad of stigma, shame, and alienation must be considered throughout all phases of the treatment, especially during treatment engagement and the early stages of building a working alliance. Men and boys encounter a different kind of stigma and shame than do women and girls. In addition to the stigma and shame that accompany having any psychiatric disorder, anorexia nervosa has been culturally labeled as a “women’s problem.” It’s common for me to hear patients express considerable shame about this. In addition, there is an adversarial relationship between traditional constructions of masculinity and help-seeking behavior. In other words, many men feel that it’s not masculine to seek help, to delve into their emotional lives, to shed tears. In the treatment process, this must be addressed with considerable empathy, exploration, and of course education about the fact that men are, indeed, sufferers of this disorder.

Alienation is likely inherent in having any psychiatric disorder; the degree of suffering that patients experience sets them apart from those around them who are “healthy.” When you add in stigma and shame, males with anorexia nervosa encounter a more complicated experience of alienation that needs to be explored throughout the treatment process.

You define an essential aspect of the therapeutic alliance – engaging in “taboo talk.” Please explain.

Taboo talk means straightforwardly acknowledging and exploring the part of the patient that is motivated to continue engaging in eating disordered behavior. When we as therapists, family members, or friends are confronted with a person who is depriving himself of nutrition (in addition to the other kinds of deprivation, which are emotional and relational), we naturally want to encourage him to change his behavior as quickly as possible. When we’re in the role of a treatment provider, though, it’s essential to first understand what motivates the patient, at the deepest level, and to allow him to give voice to that, with the hope that over time all aspects of the patient can be taken up more fully.

The essential idea here is that the parts that aren’t spoken inevitably return and undermine the recovery process. It’s not that we don’t want to influence the patient in moving toward recovery – of course we represent a possibility of health and healing – but we must also facilitate the patient’s developing authentic motivation that is rooted in himself, and that can never happen when parts of the self are silenced.

Can you please tell us more about the value of exploring the male client’s ambivalence about anorexia and recovery?

Any psychiatric disorder – and, in fact, with any aspect of our personality more generally – develops, at least in part, as a way of managing psychic pain. Put differently, in language that has more popular appeal, anorexia nervosa is a “coping mechanism.” When we encourage patients to engage in recovery and healing, we must recognize that we are asking them to give up ways of being – ways of managing painful emotions, difficult relationships, and other adversities that life inevitably brings to all of us. And patients who have relied on anorexia nervosa, with its characteristic rigidity and inflexibility, are confronted with a self that is depleted and empty as the disorder is increasingly relinquished. They intuit this and, so, are naturally ambivalent about moving toward recovery and the deeply painful experiences that the recovery process entails.

One aspect of the integrative approach presented in your book involves addressing “negative explanation” in males with AN. How do these explanations relate to the concept of “constraints”?

Negative explanation is an idea developed by Gregory Bateson, which casts intervention as a task of removing obstacles that prevent the patient’s healing process. Constraints are identified in the process of negative explanation. That is, constraints are statements of each particular obstacle that is identified in the treatment process. This way of thinking posits that the patient has a “true self” that, given the right environment, naturally moves toward health and healing. As an example, we would typically ask, “Why does Jay starve himself?” But with negative explanation, we frame the question slightly differently: “What keeps Jay from adopting a healthier and more balanced diet?”

In my way of thinking, this model has several advantages. First, I wanted to emphasize the patients’ innate resources. Second, it is notoriously difficult for treatment providers to work with patients with anorexia nervosa. It’s deeply upsetting to witness such a profound form of psychological and physical suffering, and this naturally elicits the provider’s desire to alleviate that suffering. Unfortunately, though, this patient population is notoriously sensitive to having their agency overridden. (Although this is certainly necessary at times, we must always recognize it for the trauma that it is.) By framing our case conceptualization using negative explanation, I am attempting to promote our recognition of the patient’s agency and how a facilitating environment can promote this.

What do you believe may contribute to an increased risk of eating disorders in the gay and bisexual male population?

That’s a very complicated question, and I don’t have a clear-cut answer. Gay men likely experience more cultural pressure around certain body ideals – for example, to be thin and “cut,” than their heterosexual counterparts. This is accompanied by more pressure to diet, for example. There also seems to be an increased incidence of childhood sexual abuse in this population. So these factors, along with the homophobia that is of course still rampant in our society, leave gay men facing more adversity than heterosexual counterparts. If we think of anorexia nervosa as a way of managing psychological pain, then it’s not surprising to me that we see an increased incidence in this population.

As a researcher and a clinician, I think I can say unambiguously that pro-anorexia websites are profoundly disturbing. And yet we must ask – in the same way we ask about anorexia nervosa itself – what is the function of these forums for participants? And what I’ve suggested is that there are many different functions, ranging from the purely pathological (i.e., encouragement in the process of weight restriction) to the more nuanced (i.e., seeking social support around experiences of shame and alienation). We must also recognize that while it is sometimes possible to persuade patients to give up participation in pro-anorexia forums, in other cases it is not or, even worse, our attempts to exert influence lead to increased secrecy and even alienation between therapist and patient. This is why it’s so important to understand the function of these forums.

You’ve found a way to bring to light the remarkable complexities typically involved in the clinical treatment of AN and, specifically, males with AN. Any additional words you’d like to share with the professionals who read your book?

Thank you for reading the book! I wrote it with two purposes in mind. The first was to provide education about males with anorexia nervosa in an effort to address the shame, stigma, and misinformation that are so prevalent. At the National Association for Males with Eating Disorders (www.namedinc.org), colleagues and I have continued to work on this important task. The second was to highlight the complexity required in thinking about this complex form of suffering, and how that complexity necessitates a multifaceted approach to the treatment process. If you’ve taken away these two ideas from the book, then I think the writing process was well worth it to me!

Tom Wooldridge, Psy.D. is an assistant professor at Golden Gate University, where he chairs the Psychology Department. He is also an Executive Director at the National Association for Males with Eating Disorders (NAMED). His book, Understanding Anorexia Nervosa in Males: An Integrative Approach, has been described as “groundbreaking” and as a “potential classic.” Tom speaks and publishes widely on eating disorders, particularly as they manifest in males, as well as on numerous topics in psychoanalytic theory and practice. In addition, Tom has a private practice in Berkeley, California, where he works with eating disorders and a wide variety of other issues. He is a candidate at the Psychoanalytic Institute of Northern California.