Home
For Professionals
Wire-Rewire: A Neurobiologically Based Clinical Tool for Eating Disorders 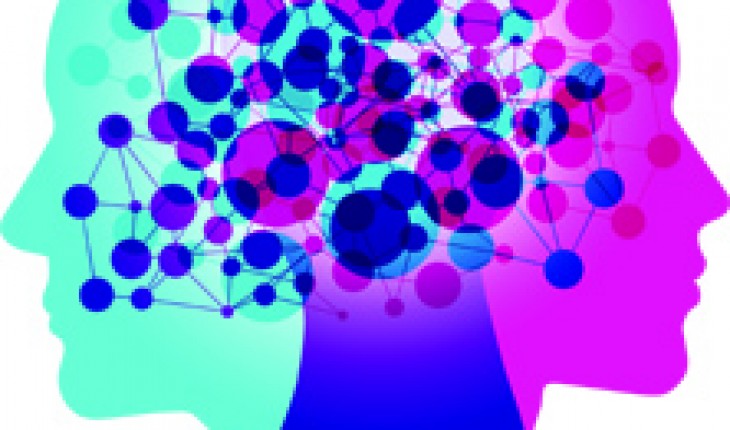 A Neurobiologically Based Clinical Tool for Eating Disorders 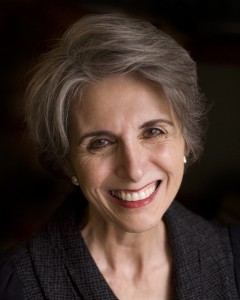 In 2006, Thomas Insel, the then director of the National Institute of Mental Health (NIMH), announced that eating disorders (EDs) are serious, brain-based disorders. EDs joined the list of other brain-based illnesses such as depression, obsessive-compulsive disorder, and bipolar disorder. In 2013, President Barack Obama signed the BRAIN Initiative into law. It has been described as one of the most daring scientific advancements since walking on the moon and sequencing the gene. The project plans to comprehensively map the brain, the last uncharted organ in the body.

The NIMH has encouraged the field of mental health to shift from concentrating first and primarily on “behavioral health” to a more brain-based, neurobiological approach, focusing on the location where mental-health problems tend to originate. The journey to better understand the brain has most definitely begun. Nature published an article in July 2016 that reported 97 new areas of the brain have been identified using four different technologies to validate the mapping process. Until we can identify and understand more about the brain, its pathways, neurochemistry, and complexities, we will not be able to target and treat brain-based illnesses completely.

While multiple technologies (such as deep-brain stimulation, transmagnetic stimulation, functional magnetic resonance imagery feedback, and high-intensity frequency ultrasound) are advancing in brain-based illnesses, we need to continue to treat eating disorder clients from the “outside in,” focusing on the behavioral, cognitive, and emotional expressions. Traditional, evidence-based treatment approaches have been developed for this purpose, such as enhanced cognitive behavioral therapy, integrated cognitive-affective therapy, dialectical behavioral therapy, and acceptance and commitment therapy.

While providing ongoing ED behavioral therapies, ED therapists could more actively and intentionally begin to introduce and integrate ED neurobiological information into practice. Over the past eight years, The Center for Balanced Living, in Ohio, has been collaborating with our research partner, the Eating Disorders Center for Treatment and Research at the University of California, San Diego (UCSD), on how to apply neurobiological ED research findings to ongoing ED treatment. We have been developing, refining, and field-testing new neurobiological treatment tools with ED clients and their families. Their feedback has been integral in developing a neurobiological language based upon how the research best reflects and interprets their experiences in their own lives.

Walter Kaye, MD, executive director of the UCSD ED program, has stated that the brain organizes itself through movement. New ideas, decision making, emotion, memory, cognition, and perception could be explored and possibly enhanced with movement, compared with simply talking “about” a topic. Starting with brain-based research findings and integrating movement into an intervention, I began to develop a brain-based activity in 2010 that represents the wiring and rewiring capacity of the brain for ED clients. Their feedback and their family/support input has resulted in continued refining, while integrating ongoing research, to reflect what has become a treatment tool that serves as a metaphor for what is happening in the brain as it changes.

The neurobiological treatment tool is called “Wire-Rewire” and is described as follows:

Key point: The brain wires neuropathways continuously throughout one’s life. It is capable of rewiring old habits and behavioral patterns into new patterns when a person thinks and then acts intentionally. Family and support people can augment and encourage the rewiring of someone with an ED by participating in new behavioral patterns that encourage a stronger and healthier body and mind-set. It takes focus and intention to direct a new course of action.

Purpose: To help clients with EDs realize how the brain wires and rewires pathways through metaphorical activity. This is done through an activity that helps the clients and their supports:

Who: This activity can be applied to clients.

What therapy settings: Individual or group therapy and in client/family sessions or multifamily groups.

Timing: This activity takes 20 minutes to an hour, depending on the number of people involved.

Key point in summary: The brain is able to rewire new patterns, habits, rituals, and behaviors throughout life. The old patterns are default until new brain pathways are rewired through repeated actions, creating a stronger pathway that can eventually become a new default. Old patterns fade as new patterns are developed and maintained day after day over the next year or more. It takes intension, support, persistence, and repetition for new patterns to develop. People older than 30 can rewire just as younger people whose brains are still developing and wiring for the first time can, as the brain continues to grow new dendrites and neurons prior to 30 years old. It takes longer to rewire after age 30, but it is very possible with the support of others and the use of the technology around them to remind and reinforce their new actions.

If the clinician wants to use a handout to summarize after the tool is completed, this is a guide.

Definition of a Rule: “a prescribed guide for conduct or action.” A rule can be self-made, socially made, family made, or all of the above.

Identify 2 healthy rules that you follow easily in any area of life:

Definition of a Ritual: “an established routine or a set of fixed actions performed regularly.” A rule may evolve into a ritual, which becomes a chain of practiced thoughts, feelings, and actions. Rituals are necessary so the brain does not have to use more energy every time it organizes a series of actions. For example, each client probably has a ritual for how he or she gets dressed each day or how he or she drives. When a ritual is forming, the brain needs increased focus and attention on the actions that are forming together. As the ritual is performed over and over, then the brain has the “wiring in place” and it takes less action.

This is just like the wiring you are doing now.

Identify an ED ritual that you follow to accommodate your eating disorder (for example, bingeing when alone, delaying eating until x time, or making yourself vomit if you eat until you feel full):

Identify 2 healthy actions that you want yourself to develop into rituals that you could do daily (for example, ask a friend to talk on the phone with you while you eat to hold yourself accountable to eat your balanced meal)—this action can become your “rewire” response in your brain to replace your currently wired ED behavior:

Additional information on the brain basis behind this metaphor tool:

It is recommended that when clients share their ED behavior that they are asked to be specific. For example, if clients say they identify “purging” as their behavior, then ask them which type of purging, as purging is the umbrella term for self-induced vomiting, laxative abuse, diuretic abuse, exercise abuse, etc. This may make clients uncomfortable, but by them saying the specific behavior out loud, it no longer holds the secrecy. The behavior is to be stated by the therapist descriptively, not judgmentally.

If a client’s identified ED behavior is self-induced vomiting, it may be helpful to share additional information about these actions. When the self-induced vomiting is repeated during an episode, the brain releases vasopressin, (pronounced ˌvāzōˈpre’sən, ˌor vasō pre’ sən). It is a hormone released by the pituitary gland (in the brain) that serves as an “antidiuretic” to stop excessive water loss during the vomiting process. When one vomits, while it appears that he or she is vomiting a lot of food, the person is actually vomiting a lot of water with each heave. The brain response to this fast loss of excessive water is to intervene to keep the person alive. Too much water loss from the vomiting results in electrolyte loss, which means that electrolytes such as sodium and chloride are being flushed out of the body in excess. A key electrolyte loss from vomiting is potassium, which is vital to keeping the heart beating. The vasopressin release creates a morphine-like high or calm. If the client feels overwhelmed or overly anxious, he or she may “crave” that calm sensation and self-induce a vomiting episode to feel it. Hence, self-induced vomiting can be addictive, a response to a rule broken, or a habit-forming ritual. To self-induce vomiting, it is a simple two-step action, just like the string being wound around two hands. It is easy to turn to and feels very good for a few minutes afterward. However, it is like Russian roulette. It is not if the heart eventually stops, but when.

It would be ideal if a simple two-step replacement action that is healthy could replace the “high” from the vasopressin release. However, there is no action that can naturally match it with an equal sensation, outside of perhaps a type of medication. This is explained to the clients. By recognizing that point and acknowledging it for what it is, the clients have within their control the ability to experiment with healthy different alternatives and to experience what they feel from doing them. For example, if they chose a simple one-two action to match their laxative abuse, it may not give them the relief from the extensive water loss, but the action may be purpose-filled and meaningful to them. The action may reroute them to a different, perhaps less intensive, action, but with a greater sense of good or a desired good. In these situations, they are moving forward, not backwards.

Clients may also choose to add a support person to their response, who may draw them out of their own ED thoughts. While that adds a degree of complication from the stand-alone ED action, it connects them to another person who can help reroute and compensate for support. The clinician explains these facts in the details provided above, to support the anorexia nervosa client preference for details over general statements. Also, another person can draw out thoughts and can offer support through a simple interaction.

When anxiety is high, and the emotion feels overwhelming, it is recommended that the rewire action be an action, such as walking or moving in an intense way, like hitting a punching bag. Anorexia nervosa clients who both restrict and purge report that when their anxiety is high, they cannot speak or don’t want to talk with others, they just want to do… Hence, if action or movement is needed at the time when one turns to an ED behavior, then replacing it with another action may seem most congruent. For example, the person is on the way to the bathroom to purge, stops, turns around, and the spouse says, “OK, let’s go for that walk now.” It may be a tense walk, a time when little is said, but it redirects an ED action with a healthy action, and the rewiring is moving forward with the help of a support person.

Dr. Laura Hill is the President & CEO of The Center for Balanced Living, a free standing not-for-profit organization that specializes in the education, treatment and research of eating disorders.

She is the lead author of the Family Eating Disorder Manual, 2012; and has conducted research and spoken internationally over the last 35 years. She is a recipient of the national Feeding Hope award by NEDA, in collaboration with UCSD Eating Disorder and Research

[1] Developed by Laura Hill, PhD, with feedback from ED clients and their supports at The Center for Balanced Living